Free homes! Why a Spanish property will save you money

As they say in Europe these days, you can’t have your cake and eat it. (The Spanish equivalent of the saying is “you can’t be at mass and ringing the bells”). Or can you? Buy a home in Spain and your money will be safe in bricks and mortar earning you capital growth or rental while you’re enjoying “free” holidays. Here are a few more ways your Spanish home will be paying for itself while you’re enjoying it.

Although Spain isn’t the cheapest country in Europe, prices for groceries (according to the expats website Numbeo) are at least 15% lower than the UK. Eating out is 25% cheaper and rents are 27% cheaper. Spain is also 35% cheaper than France for groceries and 25% cheaper than Italy. And those prices were submitted by expats. If you’re trying to live on a budget, you’ll soon discover where the locals get their bargains. Spain’s minimum wage is around €10,303 per year. That works out at £9,300, compared to the UK minimum wage which works out at well over £16,000 annually. Which implies that you can live in Spain for barely half the cost of the UK. 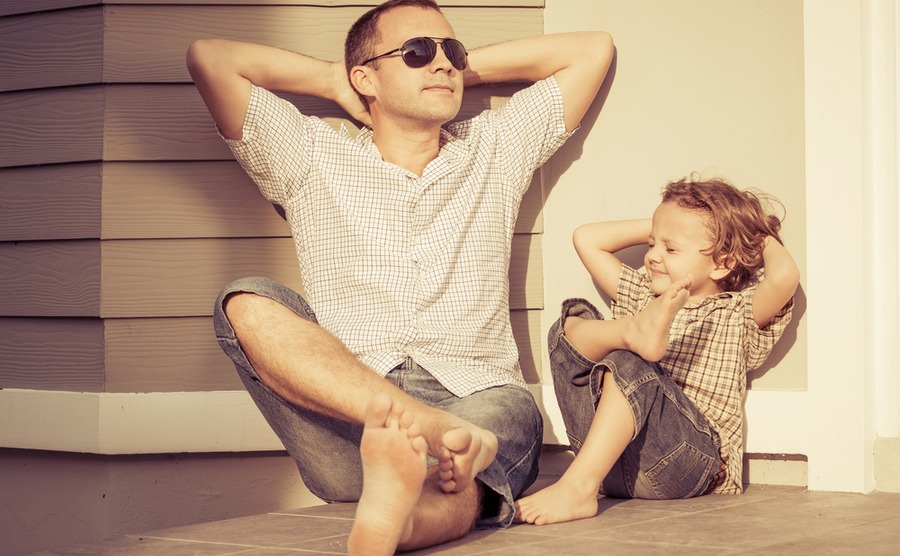 Sunshine and a valuable asset – no wonder dad’s smiling!

Spanish property prices, after the crash of 2008, dropped by between 3 and 12% every year until 2015 when they began to stabilise. In 2016 they started rising and in 2017-18 capital growth was about 4%. That is the national picture, but on the coasts and the favourite areas among the British, price rises have been larger and started earlier. Still, they look sustainable, with the lessons of the financial crisis learnt.

Want to buy but need more money? Your dream lifestyle in the Spanish sun could be more attainable than you ever imagined. Download our brand new guide, How to pay for a Spanish property.

You also have the option of commuting back to the UK for work a couple of days per week or month, taking advantage of higher UK salaries but lower Spanish living costs. With advance flights as low as £20, for anyone priced out of the UK property market this can make sense (and get you past possible post-Brexit rules).

4. Live there in winter, rent it out in summer

Why not be creative with your lifestyle? With a home in Spain, a retiree can shelter from a British winter then rent out their property for a fortune throughout the heat of the summer season. Renting out property has never been easier, with sharing sites like Airbnb.

Buying a home in Spain and getting residency should secure your EU right to subsidised healthcare and pensions as a Spanish resident person. Not just for you, but for your immediate family too.

A glance at any holiday lettings website shows how expensive Spain is. And not just in summer, from the Easter holidays to October half term. Yet an apartment that costs £1,000 for a week in summer may only cost £80,000 to buy. Endless summer holidays and an asset usually rising in value too? Cut us a slice of cake will you*?

Why not pool your resources and buy with family this year? Read our guide, Buying Abroad with Family to find out how to halve the cost and double the fun.