The A to Z of Spanish Customs and Culture

Whether you’ve made the move to Spain or are just spending a lot of time there, embracing the local culture and customs can be a great way to settle in and feel more at home.

You will soon discover that each area of Spain has its own traditions, but there are plenty of nationwide ones too. Many of the customs you may not have heard of are often the ones that are the most important! So, our Spanish writer Sally outlines some of the main Spanish cultures and customs below:

Many of you will know that adios means goodbye in Spanish, but you also shouldn’t be surprised when you hear people use it to mean hello!

Think of it like “hello…but I’m in a hurry”. You’ll come across this as soon as you get to know people in your town. They will be coming towards you and will say “Adios!”. This means that they have recognised you, are being polite but don’t have time to stand and chat. It’s a fast way to tell someone they are not being ignored.

It can be tricky to remember. After 16 years in Spain, I still sometimes say “hola” when I should have said “adios!”. By the way, when saying “goodbye”, the Spanish also use the Italian word “ciao”, but spelt “chao”.

One of the biggest differences many people notice between the British and the Spanish is timekeeping.

In general, it isn’t considered rude to be up to 15 minutes late for an appointment in Spain. And this is not just a Spanish thing; it happens in Italy and also in France. In the south-west of France, it is known as “Le Gascon quinze minutes” or the “Gascon 15 minutes.”

Nevertheless, a Spaniard who is going to be later than a quarter of an hour will usually telephone to warn you. If he or she doesn’t, then that is considered impolite.

It’s an everyday thing. Yes, just like the French, the Spanish pop out to buy fresh bread on a daily basis. Many supermarkets now have their own bakeries but most people still go to their local bread shop where you will find a good variety of bread, rolls, croissants and other staples. There are some which now sell organic bread too. 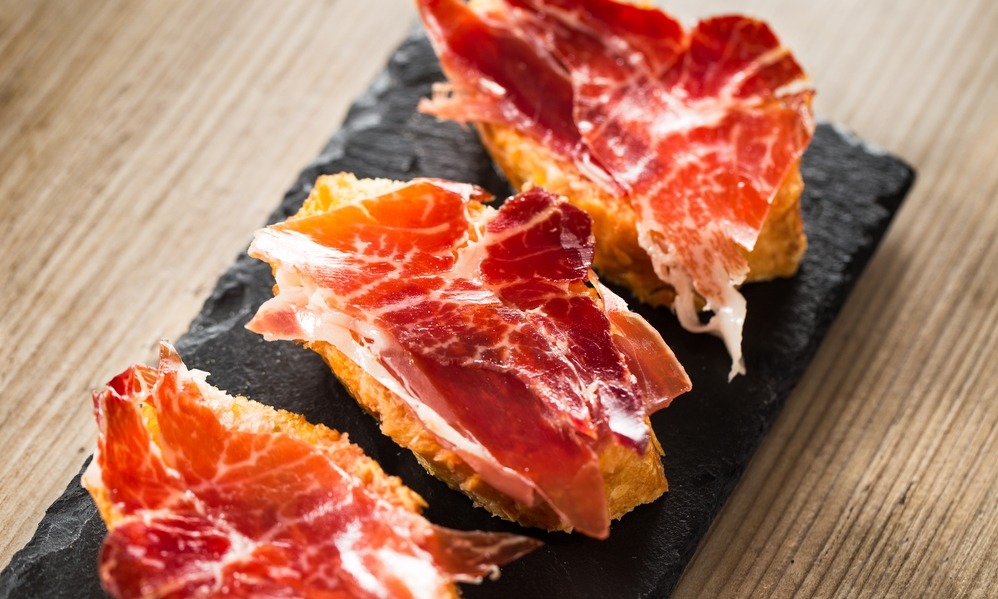 Bread is a very important part of every meal in Spain.

Although very much a part of Spanish culture, bullfighting is certainly not for everyone. It is banned in Catalonia and the old bullrings have been turned into cultural or shopping centres. There is a strong pro-animal movement in Spain trying to stop it but there are also traditional forces trying to keep it alive.

One of the craziest festivals in Spain is Carnaval (Carnival) which is celebrated to a varying degree of enthusiasm throughout the country. It takes place at the end of February, just before Lent, and it is believed to be based on the idea of “adieu to the flesh”, rooted in paganism.

Today, it is very much a Catholic festival with processions of floats of differing themes, loud music and plenty of dancing in the streets. Generally, the further south you go, the more raucous the event.

Tenerife in the Canary Islands has a really famous pageant, as does Cádiz and Sitges, but you’ll have fun wherever you go, whether to participate or to just watch! 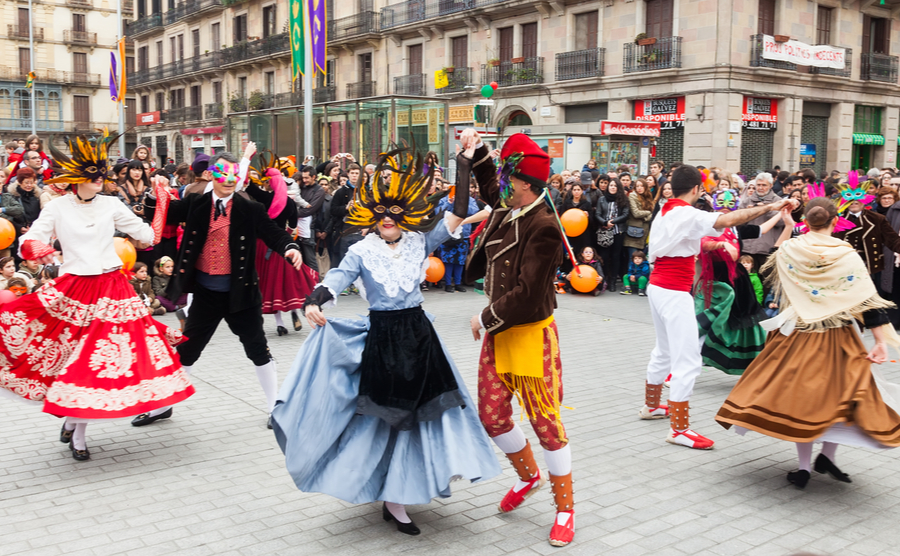 The log has four thin wooden legs, a smiley face and sports a red sock-style hat. From 8th December, the log is given little things “to eat” and is covered with a red blanket to keep it warm. Then, on Christmas Eve, the family encourage the log to “shit” (please excuse the language) by beating it with sticks and singing Christmas songs.

Children are then required to leave the room and go to pray that El Tió brings lots of presents, while the parents place small items such as chocolates, sweets and little toys under the blanket. These are then distributed to the delight of the children.

This is such a big part of Spanish life. All members of a family will try to sit down together to eat at least once a day. Those who live far away will usually return home at the weekend for get-togethers which can last for hours and even days, and generally involve a lot of food.

This relatively unknown tradition happens on New Year’s Eve. As the clock strikes midnight, everyone begins to swallow a grape on each strike of the clock – 12 grapes for 12 strikes. It’s actually very difficult to do but seasoned Spaniards manage to down all of them within the time! 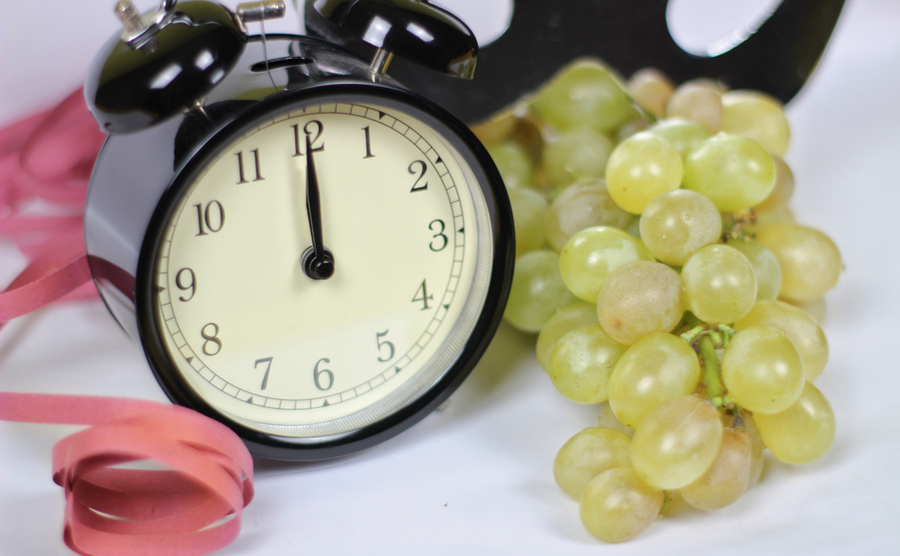 12 grapes as the clock strikes 12 – a relatively unknown tradition

There is often a misconception that Spanish people dive off for a couple of hours doze every afternoon, but this is not the case at all!

A siesta is usually very much needed, particularly in the summer when it gets very hot. However, to make up for this break, the Spanish working day tends to start early and finish late, up to 11 pm sometimes.

To get the maximum benefit from a siesta it should not last for more than 20 minutes. If you sleep longer, you’ll likely wake up tired.

Nowadays, with air conditioning in offices and shops, siestas are not as widespread as they used to be. Nonetheless, doctors do say that it is a very good way to refresh yourself after lunch and before returning to work!

The siesta is a necessary part of Spanish life.

Unlike the UK, the main Christmas meal is celebrated on Christmas Eve in Spain.

Instead of turkey and trimmings, the Spanish often have a fairly light meal made up of several small dishes. Common dishes include shellfish, rice, chicken, ham, croquetes, soup and fish, which all tend to be enjoyed before going to Midnight Mass.

Afterwards, everyone goes out into the streets and plays music with guitars and drums, singing “Esta noche es Noche Buena, Y no es noche de dormir”, which means “Tonight is Christmas Eve and it is not a night to sleep!”

You may be surprised to learn that the Spanish are experts at queuing – it’s not just us Brits!

There are many things you might need to queue for in Spain – the bread shop, the post office, the bank, for example. The line will be straggly but everyone knows who is before them in the queue because as they arrive they will ask “Quién es la última (persona)?” “Who is the last (person)?” People also tend to say “buenos días and buenas tardes”, “good morning and good afternoon” to everyone when joining a queue.

For most Spanish people, breakfast at home is a quick affair with a coffee and maybe a small cake or bread & ham. So, by the time 11.00 to 11.30 am arrives, they are peckish!

Many people don’t want to wait till around 2 pm for lunch so will have a second breakfast instead, often at the nearest café. This usually consists of another coffee with something a little more substantial, like a ham and cheese roll or a croissant.

So, just remember not to telephone an office between these times as you might not find anyone answering!

Traditionally, the Spanish head to the tapas bars after work from 8 pm and stay for an hour or so before going home for a light supper.

The tapas bar is a place to meet friends and work colleagues, to unwind after a day’s work and to enjoy a beer or glass of wine with some small food items.

Nowadays, many tapas bars are open all day, but the real atmosphere is to be found in the evenings when they get noisy with the sound of happy people. 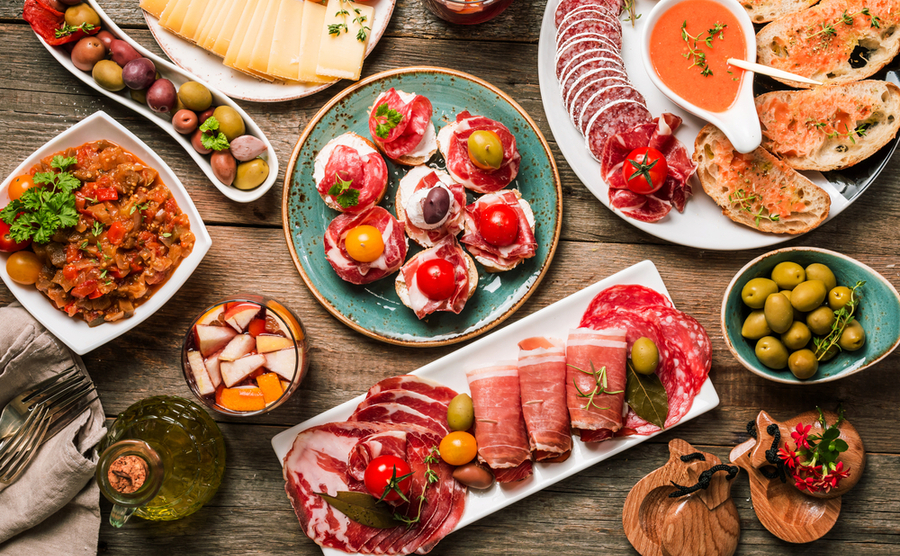 Spanish tapas bars are a place for socialising