What's the cost of living in Spain?

The lower cost of living is, for many of us, one of the main reasons to move to Spain. Towards the end of every year we conduct the Cost of Living Index across 12 countries. It compares the prices of a basic supermarket shop and other everyday living costs, especially geared to expatriates. So how does the Spanish cost of living compare to the UK?

Overall, the 2020 Spain Property Guides Cost of Living Index found that prices in Spain were nearly a fifth (18.69%) lower than in the United Kingdom. Spain scored particularly well with food and drink – whether consumed in the home or out – transport and healthcare. That will, of course, leave you with more in your pocket for a nice shopping trip, and here Spain scores less well. Clothes, electronics and some household goods were a little pricier.

See how Spain fared and where you can make your biggest savings.

Spanish supermarket prices are considerably cheaper for basic staples of the Spanish diet. They are on the whole cheaper than Spanish markets too, but many Spanish people nevertheless prefer to buy their fresh produce from local markets, often direct from the farmer. Most towns in Spain still have a food market at least once a week, and many have a daily market. You can get very high quality fresh fruit and veg, fish, meat, cheese and hams and cold meats here,

Of course mamy British people will like to buy UK or international brand names they recognise, such as Haãgen Dazs ice cream, even though there excellent Spanish ice creams available for considerably less money.

The supermarkets Lidl and Aldi are definitely making their mark here, as in the UK and are excellent value. However, in a survey carried out in September by the Spanish consumer organisation, OCU (a bit like Which?), Mercadona came out as the second cheapest supermarket. The cheapest is Alcampo, which doesn’t cover all of Spain.

For this index we used Mercadona, or Carrefour for items we couldn’t find there. If you live in Catalonia, the Catalan supermarket Esclat/Bon Preu is often very good value, especially if you have their loyalty card. 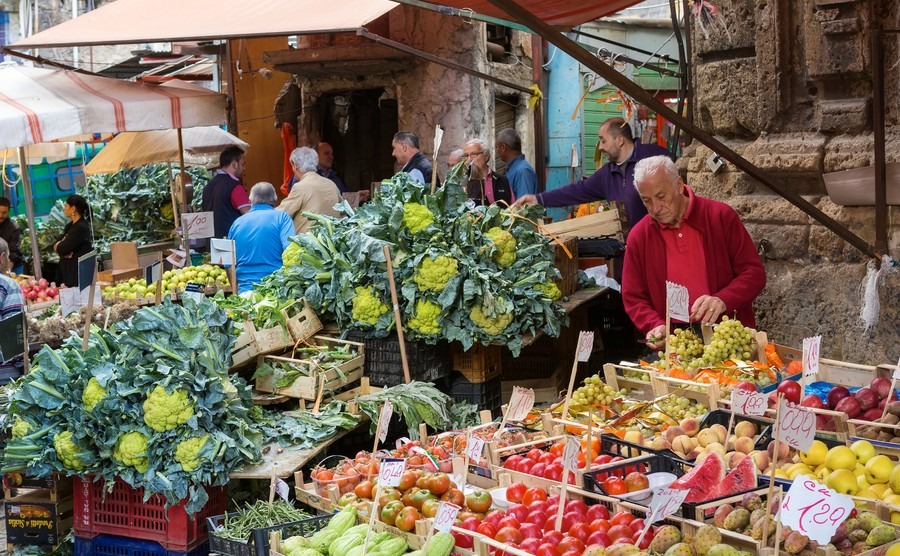 Local food markets can be found in almost every Spanish town (DeymosHR / Shutterstock.com)

Travel costs remain cheaper in Spain by a long way. The excellent railway service is really affordable, even when using the fast AVE trains. There are also special offers throughout the year. Over 60s are eligible for an annual €6 tarjeta dorada (golden card), which reduces each fare up to 40%, depending on the time of day, day of the week and particular train you use. Brexit may well mean that British residents don’t qualify in the future, however.

Spain is also embracing the green revolution, with just over 110,000 alternative fuel vehicles on its roads. It still lags a long way behind the UK (with 350,000), but the new left-leaning Spanish government has promised to prioritise green policies.

Some things are quite expensive in Spain compared to the UK. Paint is one, essentially because the Spanish aren’t seriously into DIY. However, with the arrival of big shops such as AKI and Leroy Merlin, younger people appear to be beginning to do more, unlike, we hear, in the UK. It certainly makes a saving on paying a professional.

White goods can be more expensive in Spain, but there are regular special offers available at electrical chains and the larger supermarkets.

Amazon’s Alexa device is being released in a Spanish language mode this month (October 2019), and so the price is likely to fall. Of course, you can still buy an English version in Spain.

Ikea has 20 stores in Spain, 16 of which are on the mainland and others in Mallorca, Tenerife, Lanzarote and Gran Canaria. 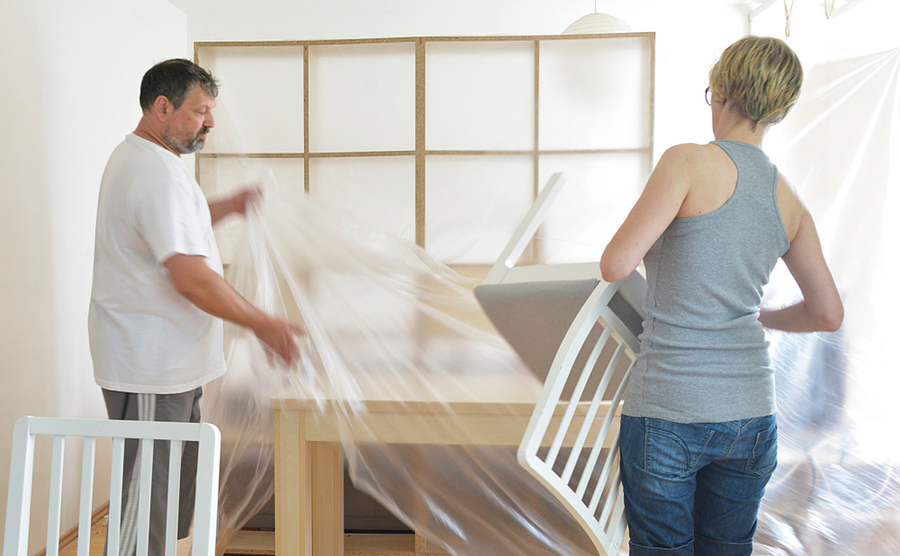 Furnishing should be cheaper in Spain too!

Eating out is extremely reasonable in Spain. Apart from the daily lunch menu, menú del día, which can cost as little as €10 for a three-course meal with wine, water and bread. This offer is becoming increasingly popular for evening meals, too, with many restaurants now offering similar deals in the evenings, at a slightly higher price. You will pay more like UK prices in the tourist areas, but you don’t have to stray far from the beach to find local restaurants, and prices.

Looking to save money on a Spanish home? Buying ‘off plan’ could even make you money. Read our free guide Spain Buying Off Plan in Spain

Medical treatment is free with a Spanish Health Service card, but you will need to pay for prescriptions. These vary, depending on one’s circumstances. Working people can pay up to 50% of the cost of medicine whereas retirees can pay as little as 10% depending on their income. Recently, the Spanish government announced a reduction in the prices of 16,000 types of medication. This includes over-the-counter, prescription and hospital dispensary drugs. The public should save around €118 million a year.

The real benefit of life for kids in Spain is sunshine, warmth and a more outdoors lifestyle. Children in Spain, across a range of international comparisons have been shown to be happier. And that should mean happier parents too! When it comes to money, the results are a little mixed.

One area NOT to try and find a cheap bargain is with your home buying! Let us introduce you to a friendly, affordable and trusted specialist property lawyer in Spain.

Clothes shopping in Spain varies from the very cheap to the very expensive, with fewer mid-range options available. There are still plenty of small, independent clothes shops and they will inevitably be more costly than Britain’s national chains. Of course, the service may well be better too.You will find a wide variety of small local boutiques in the local areas, again, ranging in price from bargains to blowing the bank!

Well-known high street brands like Mango, Zara and H&M are in Spain (indeed some, such as Zara, are Spanish). Big department stores include El Corte Inglés. There are also lower priced clothing stores, such as C&A, in the cities. Primark has really taken off, with nearly 50 stores in Spain.