Spain has cemented its position as the world’s best tourism destination, thanks in part to Mallorca where coastal homes are especially popular.

Easter will be celebrated with extra gusto in Spain this year, after the country was crowned the world’s most tourist-friendly country in an internationally acclaimed report.

Spain topped the ranking of the World Economic Forum’s biennial Travel and Tourism Competitiveness report, which covers 136 countries. This endorsement should be especially reassuring for homeowners or anyone on the verge of buying a property there.

Stated the World Economic Forum: “Spain’s success can be attributed to its unique offer of both cultural (2nd) and natural (9th) resources, combined with sound tourism service infrastructure (2nd), air transport connectivity (9th) and strong policy support (5th). Spain’s travel and tourism sector has benefited from the recent ease of its fiscal policy, and by the redirected tourism from the Middle East, North Africa and parts of Western Europe, affected by security concerns. These developments, however, do not take anything away from Spain’s ability to provide an excellent environment for the travel and tourism sector to flourish.”

Recent data from an on-line beach holiday specialist backs up Spain’s popularity. A recent survey by OntheBeach.co.uk show Spain as the most popular destination for Brits travelling during the Easter period this year. The beautiful island of Mallorca tops the list of holiday hot spots in the survey, with the sun-kissed province of Alicante also celebrating a place in the top five. 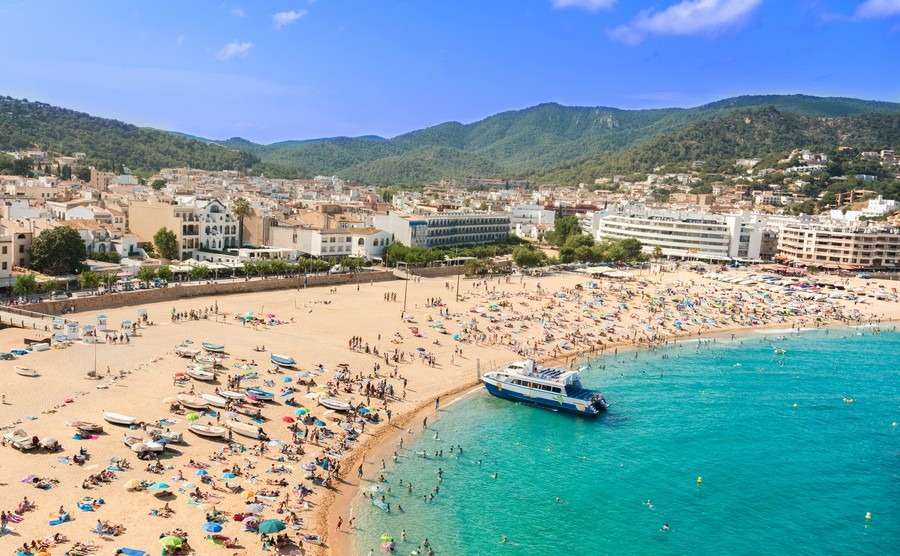 Spain has been confirmed as the world’s top tourist destination.

With Mallorca just a couple of hours’ flight from the UK, long weekends there are now easily achievable, allowing the island to be more than simply a summer destination. Long-term resident Marc Pritchard who works for Taylor Wimpey España, one of the island’s most established developers, said: “No longer considered a one season destination, Mallorca’s popularity throughout the year is growing. With such a short flight time, spending Easter there is easy for those living in the UK and with temperatures predicted to stay firmly in the 20s over the course of the long weekend, the Balearics are definitely a tempting prospect for a short coastal getaway.”

Easter in Mallorca is a big event, with processions, feasting and celebrations held across the island. The processions have their origins in the 16th Century, when the Christian church set out to present the story of the Passion of the Christ to laypeople through street processions. While the religious element is still strong today, the festival atmosphere is one that those of all denominations can enjoy and the food that accompanies it is something that everyone should experience at least once!

With Mallorca just a couple of hours’ flight from the UK, long weekends there are now easily achievable, allowing the island to be more than simply a summer destination.

Mallorca is a popular choice for British and other foreign house-hunters who are especially keen on being close to the beach and sea.

With this in mind, Taylor Wimpey España recently launched two new developments. The first is located in the prestigious area of Cala Vinyes, in the south west of Mallorca, just 15 minutes from the island’s vibrant capital city, Palma. The exclusive marinas Puerto Portals and Port Adriano are also close by, providing a wide variety of elegant bars and restaurants, as well as the most exclusive designer stores. The second is located next to the Santa Ponsa II Golf Club in Nova Santa Ponsa, one of the most exclusive and highly sought-after areas on the island, and less than a 30-minute drive from Palma’s international airport.

With Spanish Easter celebrations lasting for around 10 days, Mallorca and many other parts of Spain may already be in full celebratory mode. Why not leave the chocolate at home and hop on a plane to see for yourself?