Spain is a big country, so there’s no need for us all to squash into the busiest costas! Even better, some of the most beautiful parts of Spain are so keen for new people they’re willing to pay you to move there. Sound too good to be true? Well, they once tried the same thing in parts of Andalusia, and look at it now. So where do you fancy being paid to move?

With more and more Spaniards leaving the countryside to head to the city, some rural towns are struggling. In fact, according to the European Association for Information on Local Development, 46% of Spain has lost more than half its population in the space of just two generations. Now only 20% of the Spanish population live in rural areas, despite these areas making up around 85% of the country.

Following in the example of countries such as Italy, therefore, where you can buy a property for one euro, some rural towns are offering incredible deals to move there. The belief is that they will contribute to the economy and keep the town afloat.

The schemes do tend to be aimed towards families and those that are likely to have children, however, many of these towns are also offering incentives to older buyers.

Will it work? Well it has before. Bear in mind that until the 1980s much of Andalusia was an impoverished backwater. Some parts had been deliberately neglected by General Franco after supporting the other side in the Civil War, and while tourism had been bringing the crowds to the costas since the 1960s that had simply pulled people away from the inland areas.

Initiatives to bring new people had included Mojacar, where cheap homes had been offered to artistic and creative people – and that infuence is still felt decades later.

More recently, writers like Chris Stewart found a wonderful lifestyle in the countryside when he swapped trying to make ends meet in a tied cottage in Sussex, for his own farmhouse with land in the Alpujarras nrar Granada, and wrote about it in Driving Over Lemons.

So, where could you go?

Towns that are offering incentives to those who move there:

Located in northern Spain, in the heart of a stunning natural park, the town of Ponga is offering couples who want to settle there a grant of €3,000. As well as this, couples will be given an additional €3,000 for every baby born in the town.

The landscape around the town is wild and beautiful, including bears and wolves (although you’re very unlikely to ever see one unless you want to!). As well as the beautiful countryside you would be living in, the stunning surfing beaches of the “Costa Verde” are thrilling all year.

Asturias is easy to reach by ferry from the UK via Santander or Bilbao, and so offers a great option for those who want to travel to Spain but dislike flying, either on eco grounds or because it’s scary. 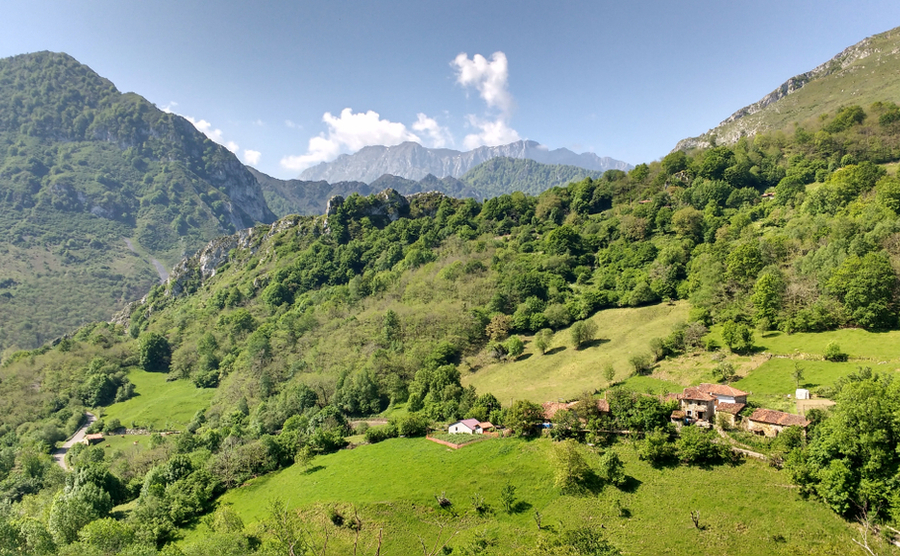 Ponga is offering couples who want to settle there a grant of €3,000.

Also in Northern Spain, in the beautiful and historic region of Galicia, the town of Rubiá is supplementing new resident’s income by an extra €100-150 per month, just for living there.

Although it may be off the beaten track, there are good transport links to Galicia, with the airport at Santiago de Compostella, or the option of flying into Porto in Portugal.

Indeed Galicia offers two wonderful countries to ensure – with a trip down to Braga or the beaches of Viana do Castelo in Portugal a must.

It has been reported that the hamlet of A Xesta is offering new residents rentals for as little as €100 per month if they settle there. There are also reports that plots of land are on the market for just €200 with the hope of encouraging people to build homes there.

Situated between Madrid and Valencia, in the region of Aragón, the charming village of Griegos is offering new residents the possibility of a job and three months free rent. The aim is to attract families with children to keep the school open.

After the initial three free months rent, families will only have to pay €225 per month. What’s more, this will be reduced by €50 for every school-aged child they have.

Some years ago Amanda Lamb tipped Teruel as the up-and-coming region to buy in Spain. Although it has never become as fashionabe as the nearly northern Costa Blanca, it certainly has appeal.