After a sixteen year long wait, a new tram-trainline, the Trambahía, has opened in Spain. But was it worth the wait and how could it alter the region?

A new tram-train line has opened in Spain. It will cover a route of 24km with 21 stops. As a result, over 234,000 inhabitants will now be living less than 1,000 metres away from a stop or station. It includes 13·7 km of new tramway between Pelagatos and Río Arillo, from where services run 10·3 km into Cádiz.

Annual ridership is predicted to be 3 million a year. This, in turn, is hoped to reduce traffic in Cádiz and the surrounding suburbs.

The timetable will be as follows: on weekdays tram-trains will operate between 05.20 and 00.30, with 37 services in each direction; 18 will run through from Chiclana to Cádiz, while the remainder terminate at Río Arillo. On weekends, there will be 19 services per day, with most running through to Cádiz. 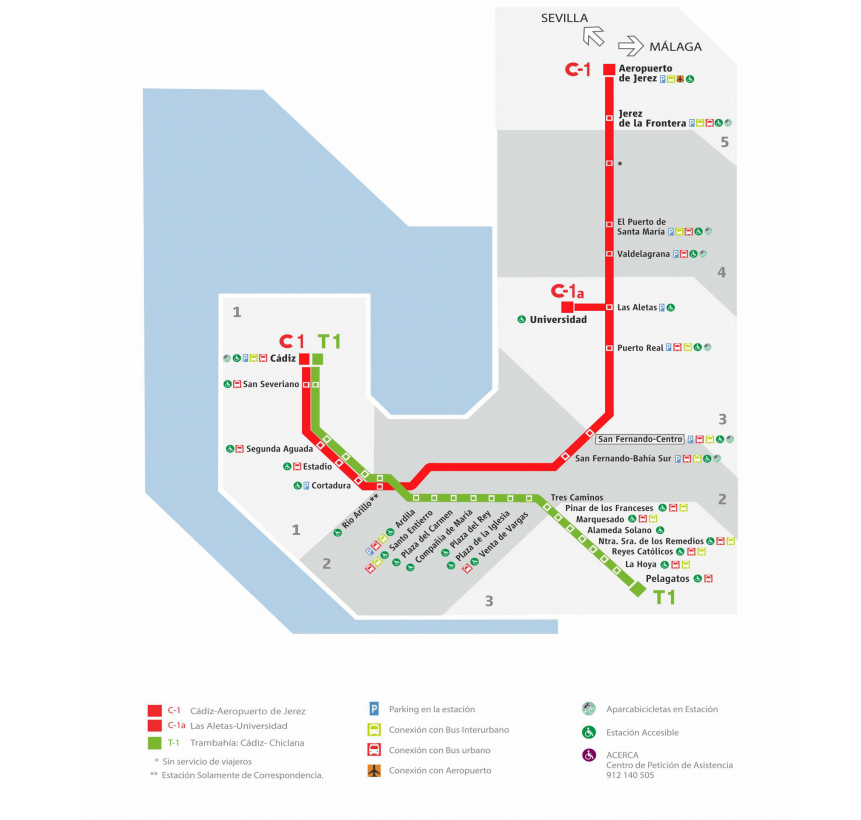 The route of the Trambahía. 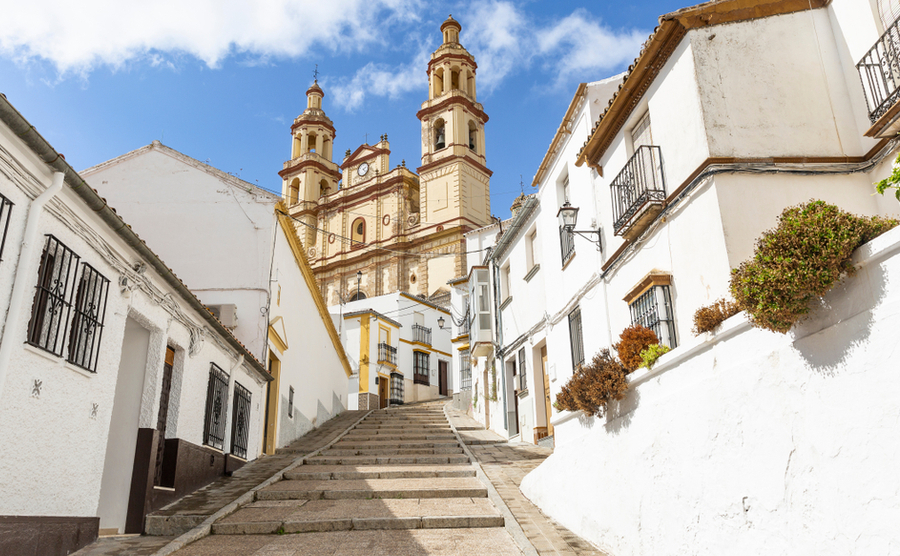 The Trambahía will connect Cadiz and the surrounding areas in a way that they have not been before.

Predications say that it will remove 1,200 vehicles per day from circulation, reducing CO2 by 2600 tonnes.

Too long in the making?

However, plans for the Trambahía began in 2003. The opening was scheduled for 2012. But it has been under construction for a total of sixteen years.

Although work has not taken place consistently since 2006, the costs have risen, and it is believed that the final cost of making the Trambahía was more than €267m. This makes it the largest infrastructure project undertaken in Cádiz.

Nor will costs stop there, the Andalucía regional government will be providing €14.4m a year to meet operating costs. This includes payments under a 10-year operating contract awarded to Spanish national operator Renfe for €55.8m

At the opening ceremony, the mayor of Cádiz, José María González (known as Kichi), expressed his reservations. He suggested that the Trambahía is more fit for Spain ten years ago than it is today. Currently, only half of the journeys will arrive in Cádiz, but Kichi felt that this was too inconsistent, and it would be a greater achievement for the Trambahía to always arrive in Cádiz. Additionally, Kichi has pointed out that the bus is faster, diminishing the purpose of the Trambahía. 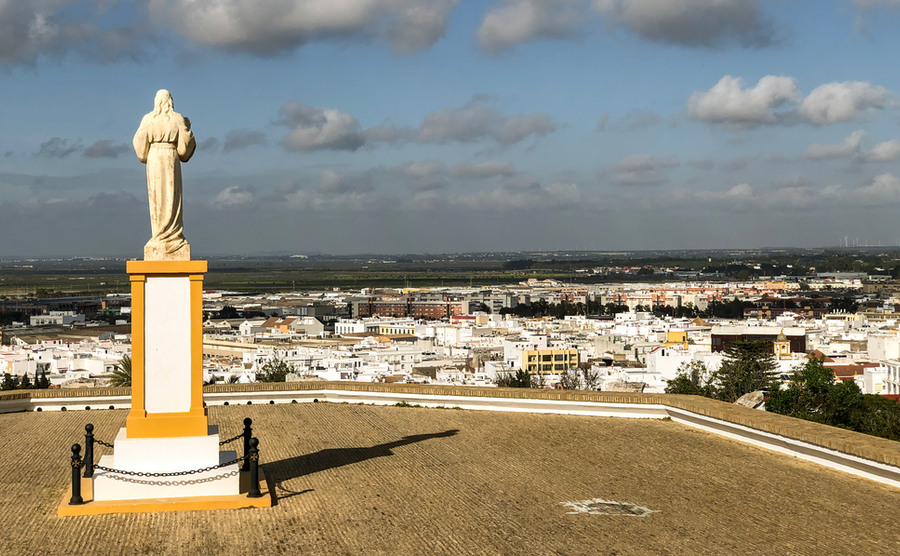 The new tram-trainline will connect Chiclana with Cadiz.

Is it worth it?

The Minister of Development, Marifrán Carazo, has been vocal about the positive impact that the new tram-trainline will have on the environment. Predications say that it will remove 1,200 vehicles per day from circulation, reducing CO2 by 2600 tonnes. From an environmental point of view, this is the equivalent of planting almost 7,500 trees.

Not to mention the positive social impact having less cars on the roads will have: less pollution, less traffic, less noise.

It is hoped that the tram-trainline will expand and become even more fit-for-purpose over time.

Trambahía is more than a tram-trainline. Its name “bahía” refers to the picturesque bay that it will travel across. It will be connecting Cádiz and the surrounding areas in a way that they have not been before, creating a new metropolis. So, there will definitely be a visual appeal for users, as well as a functional one.

For those living (or hoping to live) in Cádiz and the surrounding area, it is going to mean that you won’t have to be nearly as reliant on a car to get around. Indeed, the Trambahía might mean that you can avoid the expenses and the enviromental impact of having a car in Spain altogether. We have more information on travelling in Spain here.

Having only launched on October 26th, we will wait and see if the new tram-trainline fulfils its potential.