The best places to buy a home in Spain, according to an international property expert

Former Spain Property Guides and A Place in the Sun editor Richard Way has not just been one of the UK’s foremost international property experts for nearly 20 years but is also a homeowner in Spain. As thousands of us plan viewing trips to Spain this spring and summer, we asked him to suggest some areas where he would personally recommend buying the perfect home…

Close ties stretching back 40 years mean the northern Costa Brava, or Alt Empordà, will always be my favourite corner of Spain. The small resort of L’Escala has been a constant in my life since childhood, I know it like the back of my hand and I am still creating happy memories at our second home there, these days with my own children (lockdowns permitting!).

That’s not to say I haven’t been wowed by other areas or resorts along the Spanish Costas. Many times over the years I’ve visited places and felt quickly at home wondering what it would be like to own a property there. Here are some that stick in my mind – some you may know, others perhaps not!

Tucked away in the south-western extremity of Spain, the combination of Ayamonte’s Andalusian charm, tantalising aroma of orange blossom and interesting location had me from the get-go. It helped that I was there during a tapas festival. A lovely old white town, it sits on the eastern bank of the Guadiana river, the opposite side being Portugal and reachable by a ferry service. A road bridge further up-river makes the transfer to the nearest airport at Faro just 45 minutes. 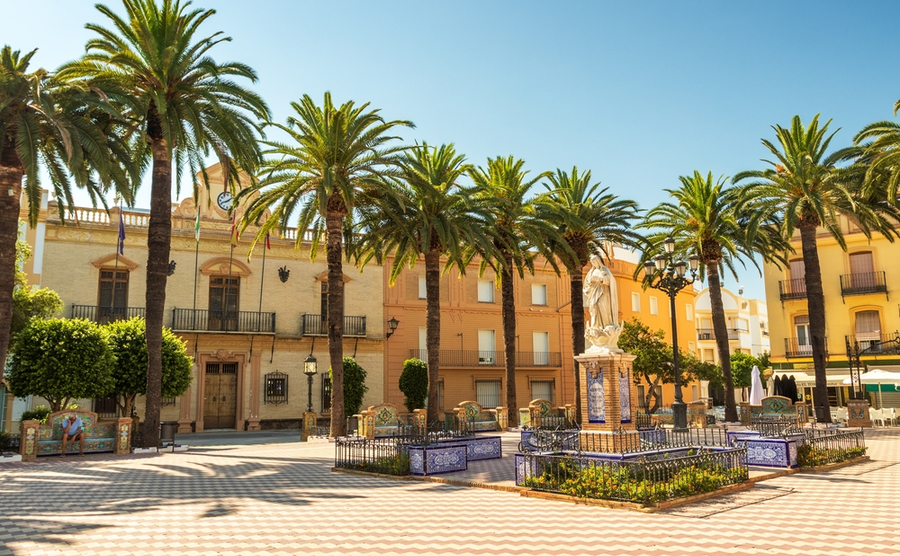 Contrasting with Ayamonte’s authentic lifestyle is the one-of-a-kind tourist resort of Isla Canela, just five minutes’ drive away on a 1,700-hectare island in the Guadiana estuary. Predominantly saltmarshes and protected from development, the southerly side of Isla Canela is home to a seven-kilometre-long string of stunning Blue Flag beaches and collection of modern residential developments, a mix of gated apartment blocks with pools and amenities, and detached villas.

The island also has a championship golf course, leisure marina, with a small selection of bars and commercial outlets, and the original ﬁshing community at Isla del Moral, where you’ll find some of the area’s best ﬁsh restaurants (one of the best paellas I’ve ever had!). It’s hard not to be lured by the heady mix of traditional Ayamonte with holiday heaven Isla Canela!

To accurately budget for your move abroad, read The Currency Guide to Emigration, free to download.

As far as unspoilt family beach resorts, ones that bring together traditional charm, quality amenities and pretty scenery, Moraira in the northern Costa Blanca takes some beating. When I first arrived there, it reminded me of my resort in the Costa Brava, albeit Moraira is more geared to the British market.

Like many modern day beach destinations, Moraira began life as a fishing village. Thankfully, controlled development, typically low-density communities amongst the pine-clad hillsides, means it has retained much of its character. Everything is within walking distance, from the main beach, overlooked by the historic fortress, and marina to restaurants and amenities. The Portet area with its own beach is especially sought after. Crowning its appeal, the resort is overlooked by the Sierra de Bernia mountains and surrounded by lush vineyards. 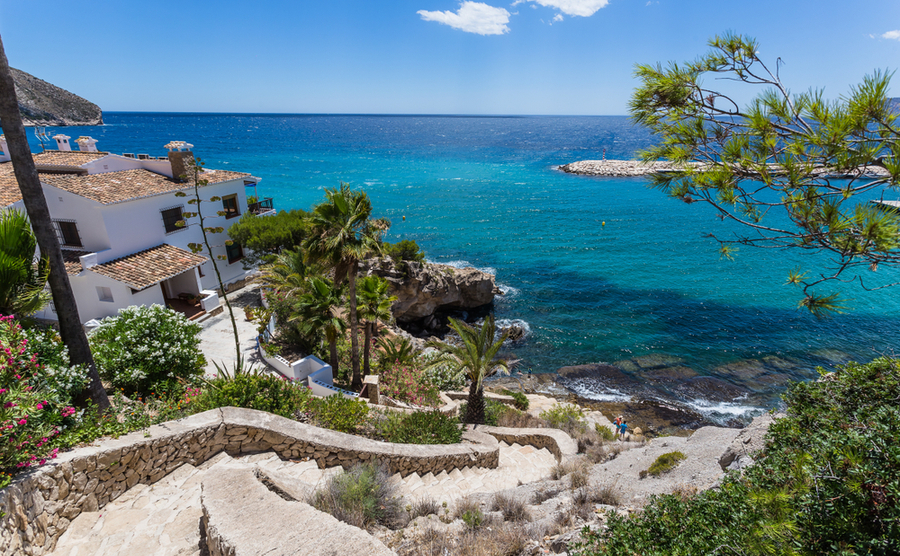 On its southern edge Moraira runs into an equally desirable area known as Benissa Costa, essentially the coastline connected to the bijou town of Benissa five minutes inland. Here, shady residential streets of villas meander down to a string of a collection of pretty sandy coves, or ‘calas’.

Not forgetting, for bright lights and a night on the tiles, Benidorm is just 30 minutes away. Travel there from the UK is easy thanks to the choice of airports at Alicante or Valencia.

Around 60kms north from Barcelona, the Costa Brava starts officially at Blanes and steals the limelight from the lesser trodden stretch of coastline immediately above the Catalan metropolis. Known as the Costa Maresme, traditionally it has attracted Barcelonans seeking quieter beaches away from the crowded city in the summer months. 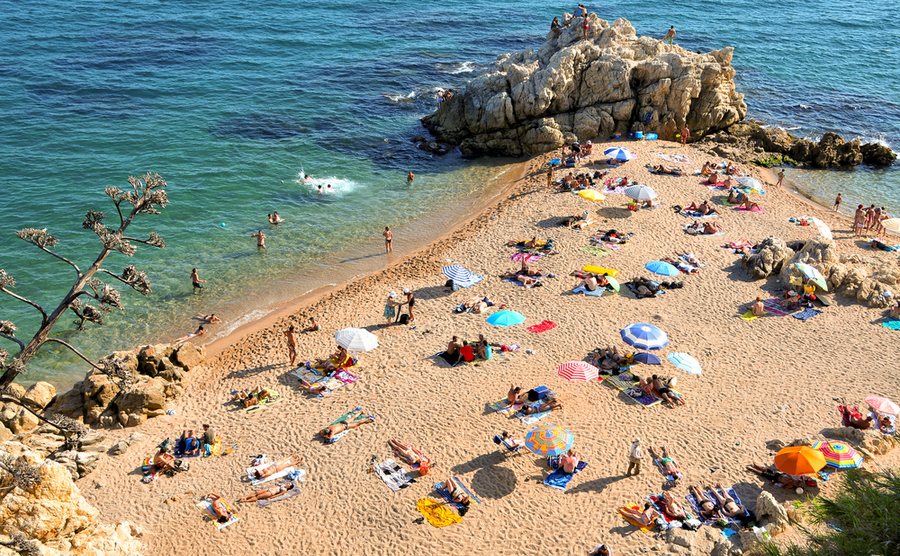 A trainline tracks the shoreline, making access up and down this little-known Costa a doddle from central Barcelona. My sister, a resident of the city for three years now (slap bang in the central Eixample district), told me about fun days she had in unheard of coastal spots “a short train ride from town” and she’d even looked at property in somewhere called Premià de Mar! I was intrigued so had a proper look just last month, following the N11 coastal road by scooter. I found a string of old fishing towns with shady old streets leading down to fine sandy beaches, complete with fishing boats, all overlooked by green hills hiding bijou villas.

Traditional to the core, they still have an old-fashioned charm harking back to their bourgeoisie origins. Particular gems were spa-town Caldes d’Estrac, Arenys de Mar, Canet de Mar and Sant Pol de Mar.

In the Balearic Islands, the resort of Port de Pollença in the north-eastern corner of Mallorca always stood out for me. Set around a bay, it offers everything you could want from a family resort, highlights being its long beachfront promenade, known as Pine Walk. Its proximity to the Tramuntana Mountains is a bonus, making days out in the mountain villages, or cylcing and walking easy.

For me, in Lanzarote in the Canary Islands, Playa Blanca made an impression as exciting resort geared towards families and with everything easily accessible. Also with a seafront promenade, it has an impressive leisure marina.