What happened to Spanish property in 2019 (and where next!)

Staying on top of changes in the Spanish property market takes some doing, with or without Brexit rumbling in the background. To help keep you in the loop, we’ve picked some key news items from 2019…

Even with Brexit worries leading to a fall in the number of buyers, UK demand for property on the Costas is still significantly higher than during the crisis years between 2009 and 2013. Indeed, Britons still make up comfortably the largest overseas buyers in Spain – and comfortably so. According to the most recent data from Spain’s Association of Land Registrars, British buyers account for 14% of the overseas market. We are way ahead of the next largest groups, the French and Germans, with 8.4% and 6.6% respectively.

According to the Property Guides 2019 survey, the Costa Blanca is the number one Spanish destination for Brits, attracting 42% of all votes. Close behind is the Costa del Sol, with 38%, followed by the Costa Almería (31%), the Costa Cálida (18%), Valencia (17%) and the Costa Brava (14%).

No longer just an expansive concrete folly blotting the artichoke-carpeted landscape, Murcia’s new and much-anticipated airport finally opened on 15th January 2019. That’s a mere six years after being completed and a decade after the project broke ground!
The opening was a grand affair, with Spain’s King Felipe and a number of luminaries and local property firms in attendance. Clearly showing where the market is, the inaugural flight was a Ryanair service from East Midlands airport. 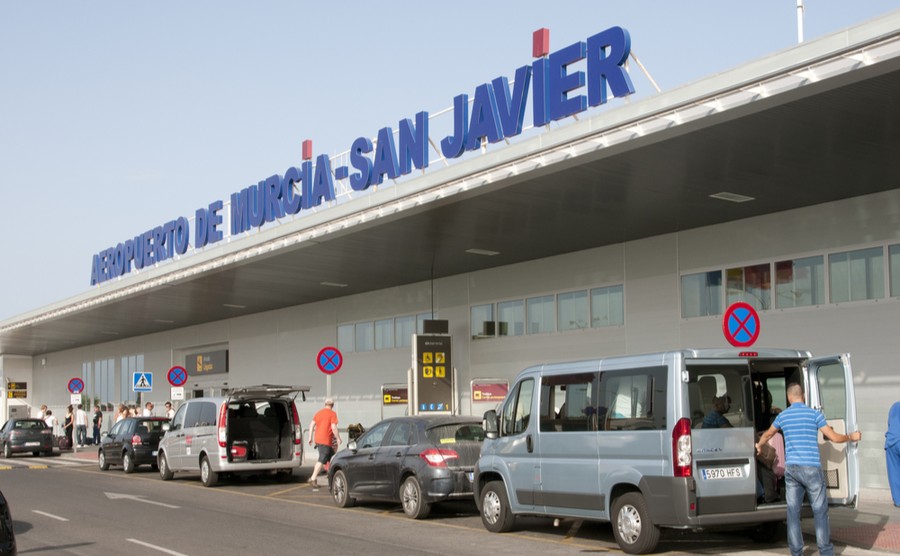 Located near the small town of Corvera, Murcia International is an important gateway to the region, ‘replacing’ the military airport at San Javier, which has ceased all passenger flights. The new airport has better facilities and a much larger capacity than San Javier was ever able to offer.

As for getting there, Murcia International is 25 minutes inland, between the cities of Murcia and Cartagena, making it a 40-45 minute transfer for homeowners on the popular Orihuela Costa, slightly less to resorts next to the Mar Menor.

As well as Ryanair, also flying into the new airport will be easyJet, TUI, Norwegian Air and Jet2.

Savvy buyers and expats will have been extra mindful of the exchange rate during 2019, and many were hoping that the general election result would bring a return to pre-Referendum rates of £1/€1.30-plus. If they were delaying pressing the ‘buy’ button in Spain until then they will have ended the year disappointed.

When you do decide to buy in Spain, contact Smart Currency Exchange. They have two offices in Spain, in the Costa Blanca and Costa del Sol. Read Smart’s Property Buyer’s Guide to Currency here.

Needless to say, the twists and turns of the Brexit saga combined with turmoil at Westminster has caused swings in the value of the pound. Rewind to the end of March 2019, and we enjoyed an uptick in the pound’s value, when it hit highs of €1.16. This came after spending most of 2018 between £1/€1.12 and £1/€1.13.
But that trend wasn’t to last. Deteriorating economic and political sentiment, but in particular the growing threat of a no-deal Brexit, meant that in the second week of August the rate bombed to a 10-year low of £1/€1.072.

The pound recovered quickly though, peaking in December when the Conservative’s majority win at the election caused a two-and-a-half year high against the euro (£1/€1.20). That’s before falling again just before Christmas on renewed fears of a no-deal Brexit… Sensible buyers will be speaking to currency specialist Smart Currency Exchange [LINK], who can offer guidance on how and when to exchange and transfer euros to Spain, or vice versa.

Mortgages in Spain remained very favourable during 2019, thanks to low interest rates and friendlier rules for borrowers. The cheapness of borrowing is down to the European Central Bank’s low Euribor, the interest rate to which Spanish and other European banks peg their mortgage rates. It’s in negative territory still, with no signs of climbing out of it in the near future.

We can put you in touch with specialists with over 30 years’ experience in helping UK buyers purchase in Spain.

Even for non-residents, rates of 2-2.5% fixed for 20 years with 70% LTV are common.
Meanwhile, new laws protecting borrowers’ rights and reducing mortgages application costs have been introduced in the past year.

All calm in Catalonia?

The ongoing fragility of Catalonia’s political landscape won’t have escaped homeowners in the Costa Brava and Barcelona. The jailing in October 2019 of the independence leaders involved in what Spain’s national government declared an illegal referendum in 2017 has been the most recent trigger for more protests, predominantly in Barcelona and Girona.

“Even though uncertainty about possible effects from the political crisis persists, it has not impacted buyer decision making,” said Barcelona based property firm Lucas Fox. “The events of 2018 allowed a price correction in the market of around 10%that has influenced investor behaviour positively this year [2019]. Barcelona continues to attract people from all over the world for its exceptional quality of life, and for being a city with a rich cultural and gastronomic offering, where lifestyle investors can find attractive properties on offer at reasonable prices that provide excellent returns.”

It is still uncertain how things will end but demonstrations have been relatively peaceful and foreign homeowners have been left unaffected. Things can’t be that bad – my sister moved to Barcelona in July and is having the time of her life! Meanwhile, the wider Costa Brava market was hit this year by a moratorium, suspending the issue of new building licences on plots located within 500 metres of the sea. This put the brakes on new development product coming onto the market there.

Dare we mention the ‘B’ word?

2019 began with considerable uncertainty over how Brexit would pan out. It caused many Brits to put on hold their plans to move to Spain, or even to buy property there. The main concerns for relocators have focused around their healthcare and pension rights as a non-EU citizen living in Spain.

But things appear to be happening. Three rejections of draft deals by Westminster, the resignation of one PM and appointment of another, two missed Brexit deadlines, various extensions and ‘flextensions’ and a general election later, and it would appear that we are close to reaching a pivotal point and finally having some kind of clarity about our future relationship with Spain and wider Europe.

At least for now, we will leave the EU at the end of January 2020, likely with a deal and transition period fixed until the end of next year.
Incidentally, during 2019 Spain passed legislation protecting the rights of the 365,967 Brits who are officially resident in the country – it expects the UK to do the same for the 180,000 or so Spaniards living in the UK, but the finer details of a reciprocal agreement are yet to be shaken on.