A new ‘Golden Mile’ is one reason to get excited about the rising property market in the southern Costa Blanca. Orihuela Costa’s lower prices are attracting holiday home owners, property investors and developers.

Orihuela Costa at the south of the Costa Blanca is the epicentre of Spain’s property recovery, according to a new report by a leading Spanish law firm. Prices are shooting up and the region is set to benefit from the development of its own ‘Golden Mile’ along the waterfront, to rival the more famous one in Marbella.

“The UK accounts for the largest share of the Costa Blanca’s foreign market by a long way,” said Laura Richards, Spain specialist at PropertyGuides.com. “So it’s a part of Spain that is of particular interest to us. Despite concerns over what Brexit could bring, this new report from Fuster & Associates paints a positive picture of the market there. We’ve picked out some key findings.” 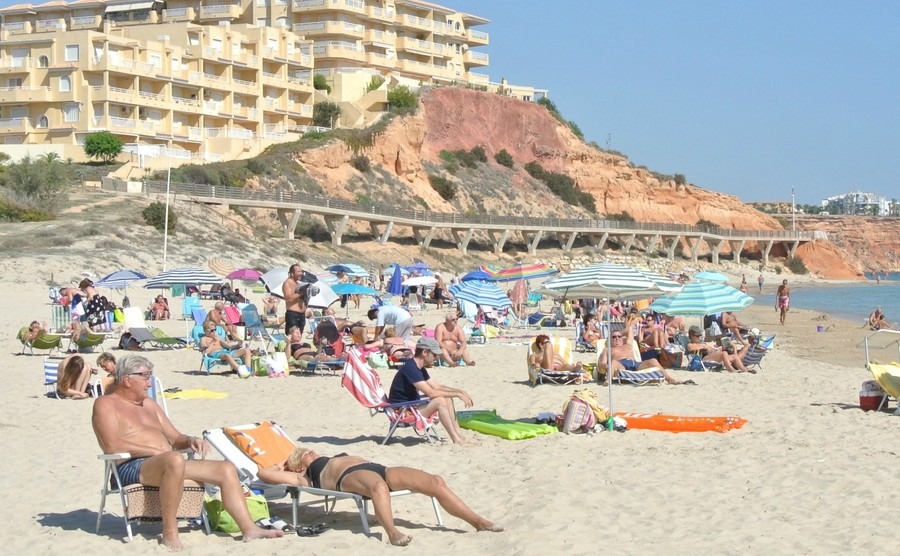 2) The Costa Blanca municipality with the highest number of property sales in the first quarter (Q1) of 2016 was Torrevieja with 1,416 transactions recorded, followed by Orihuela 1,026. Property sales for the whole of Costa Blanca were 5,060 and for the entire Alicante province 8,736.

3) Investment by foreigners in Alicante property in Q1 2016 was €551million, 57 per cent of the total €968million invested. This means the average amount a foreigner is spending on Costa Blanca property is currently €133,475.

5) Prices in Orihuela, which is home to the popular resorts of La Zenia, Playa Flamenca, Punta Prima, Cabo Roig and Dehesa de Campoamor, rose 10 per cent between Q1 2015 and Q1 2016. Prices are expected to continue rising, led by beachside areas as well as new-build property which has been popular among Scandinavian and Belgian buyers.

6) New medium-sized developments of property priced between €120,000 and €200,000 have begun springing up. Local developer TM Group has recently made €100million investment in prime land with plans to create a Golden Mile for Orihuela Costa. The more famous Golden Mile is in Marbella on the Costa del Sol, so the announcement is a formidable statement of intent that this is an area with ambition.

7) The Orihuela Costa is still feeling the benefit of La Zenia Boulevard shopping centre, which opened in 2012. It has given the area a focal point, as well as providing an essential amenity the district had previously lacked.

8) Orihuela Costa attracts buyers from many northern European countries, not just the UK. Any negative Brexit impact should, therefore, be absorbed by the market offering great potential for investment with high rental yields.