Property and lifestyle news from Spain

If you were still in any doubt that Spain has recovered from the financial crisis of a decade ago, you won’t have by the end of this article! The news on the property market  and the way of life in Spain is all good. Young Spaniards are returning home, while the country is welcoming more internationals residents each year. Not only that, it’s making them welcome too.

Spain has got its finances back on track. For the first time in 10 years, Spain’s public deficit meets EU requirements. Maria Jesus Montero, Spain’s Finance Minister, reported “This the first time since 2007 when Spain posted a budget surplus equal to 1.92% of its economic output that the country has respected the EU’s budget limit. The deficit has been reduced without putting at risk economic growth and without leaving anyone behind.”

That financial stability appears to be extending to the property market and life of the country too. 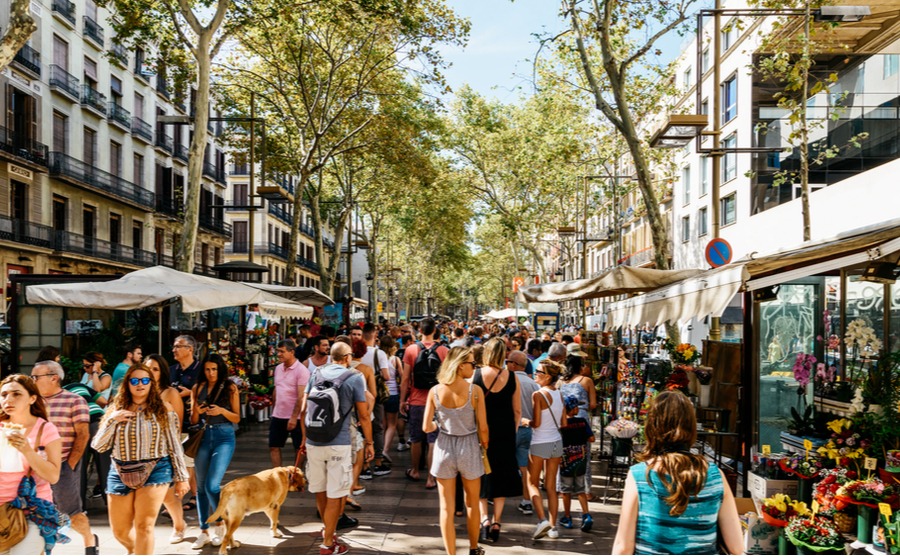 Over half a million properties changed hands in Spain last year. This was the first time the milestone was reached since the financial crisis. The number of mortgages granted in Spain rose by 20.4% last year too.

British people are still in the forefront for property in Spain, shrugging off concerns about Brexit. Scandinavians, Belgians, Dutch and Middle Eastern buyers are also seeing the appeal of Spain. Madrid, Andalusia and Catalonia led the way for new mortgages last year and the Costa Blanca became –  and still is – one of the most popular regions for buyers from the UK.

Spain’s Ley de Arrendamientos Urbanos (LAU) covers long-term and non-tourist rentals. Last December the new government proposed amendments which included returning the length of a standard rental agreement to five years, from the three years imposed by the previous government. At the time, it did not make it through parliament but now it has become law. This means that the silent renewal of a rental contract is now five years, providing neither the landlord or tenant say they wish to terminate the contract beforehand.

A landlord must give two months’ notice to the tenant if he or she wishes to take back the property. This can only be done if they require the property for their immediate family and can prove it. Other provisions include:

Spain’s population is back to over 47 million for the first time in six years. Huge youth unemployment following the financial crisis led many young Spaniards to seek their fortune abroad, while South Americans returned to their own countries. Financial instability and unemployment also led to a falling birthrate. Now, some of those people are returning home, while the number of expats has risen dramatically too.

Figures published by the National Institute of Statistics show that 8.9 million people living in Spain are older than 65. The numbers of older people are being boosted by residents from northern Europe. The oldest are from Britain, although it is possibly lower than you imagine. The average age of British people resident in Spain is 53.6 years, so the cliché of an army retirees isn’t entirely true.

According to  American International Living magazine’s 2019 Best Places to Retire Index, Spain is in second place in Europe after Portugal. Data was collected from expats living on the five continents and their experiences with life in their chosen country, including healthcare, climate, food, cost of living and bureaucracy.

Spain, with over 50% of the coastline on the Mediterranean, beats Portugal for climate, escaping the strong Atlantic winds. Spain has the most sought-after beaches by tourists (669 of which are Blue Flag beaches) and has many communities where English-speaking is virtually the norm. The magazine says that eating in Spain “is cheap and easy”, particularly eating at bar or restaurant. Importantly, “ cheap” doesn’t signify poor quality, with a menú del día costing €12 to €15 for three courses of freshly cooked dishes. International Living also lauds Spanish markets and supermarkets, especially for fresh produce.

Spain also has one of the lowest costs of living in Europe. The magazine reckons that a retired couple can live comfortably on €2,200 per month. That certainly goes if they have paid off a mortgage and use a car only occasionally. It must be said that in areas such as San Sebastian, the Costa Brava and Palma de Mallorca, you would need a higher income to live well. The cities of Madrid and Barcelona are the most expensive places to live  in Spain.

As we discussed last month, the ease of public transport is a real benefit of life in Spain. The Magazine reported “Travelling by train in Spain is fast and efficient in large and medium-sized towns and cities.” Generally trains are clean and comfortable and arrive at the stated time. Only on the metro systems might you find yourself without a seat, but transport is really inexpensive compared to other countries, especially if you use a local train network.

Climate is a major factor as far as the survey is concerned, averaging 300 days of sun a year. The Magazine mentions skiing too as the Spanish resorts tend to be considerably cheaper than elsewhere in Europe. They are often located within easy reach of the coast, allowing a skiing trip in a day.

International Living states that Spain has “one of the best medical care systems in the world”. Spain also has one of theworld’s lowest violent crime rates, and has been nominated as one of the best countries for women to live in. That friendly welcome extends to people living alternative lifestyles and different religions too.

Taking this data all together, it is not surprising that Spain ranks so highly as a preferred place to retire to as demonstrated by over 300,000 British citizens who have already made the move.