Overseas property buyers are flocking to Spain to take advantage of the recovering economy and low interest rates, triggering a significant rise in home sales.

This positive trend helped Lucas Fox experience a 31% year-on-year rise in property sales in 2016 – their biggest increase since the company was founded in 2005. Of particular note on a regional scale was the 69% leap in sales in Barcelona, where foreign investors represented 65% of all their custom – thanks largely to an increasingly diversified global market.

Rather than being completely deterred from buying in Spain by the Brexit vote, Britons continue to make up the biggest proportion of foreign buyers

Rather than being completely deterred from buying in Spain by the Brexit vote, Britons continue to make up the biggest proportion of foreign buyers (11%). And with strong interest from buyers from a host of other countries, a third (35%) of Lucas Fox sales in 2016 were completed by international buyers – up from 19% in 2015.

“We’re seeing growing national and international demand for homes in leading cities and desirable second-home destinations, showing that Spain’s economic recovery is on course despite last year’s political paralysis. With interest rates set to remain low, many are turning their backs on investing in traditional savings accounts, and choosing bricks and mortar instead, especially as banks are keen to lend.” 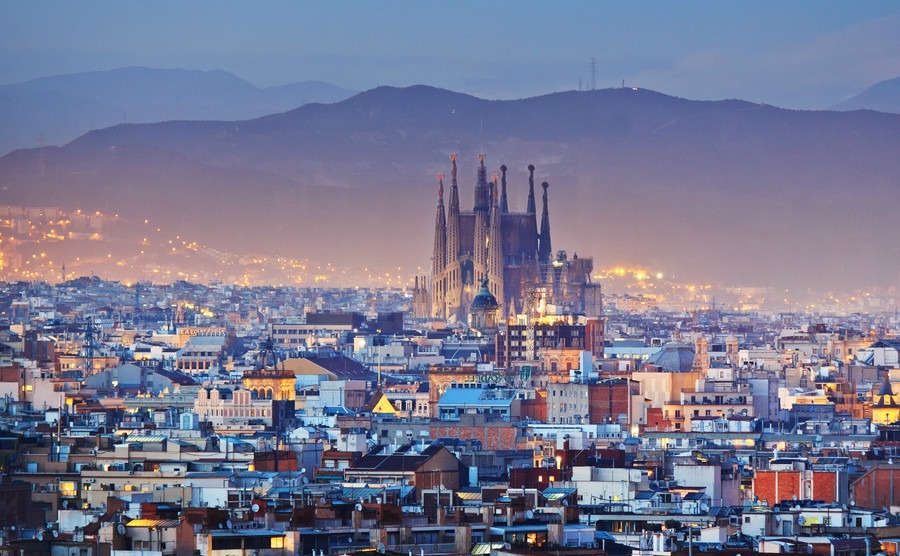 Property sales soared in Barcelona in 2016

All of which contributed to a bumper year for the Spanish property market which, according to the latest sales figures for last year from the National Institute of Statistics, expanded by 14% in 2016. Looking around the country sales were particularly strong in Barcelona (24%) and the Balearics (31%). The buying habits of investors who have traditionally bought in key property investment hotspots such as London or New York also produced a notable trend last year, after a significant proportion of them switched their attention to Spanish cities as a viable option.

So what does 2017 hold for the Spanish property market? Alexander Vaughan seems upbeat:

And he has every reason to be in high spirits. Not wanting to rest on its laurels the market has managed to maintain its momentum so far in 2017. The number of residential property sales recorded by Spain’s property registrars rose 18.1% – to 38,457 – during January, compared to the same time last year – the highest monthly total since 2013.

An encouraging sign that is more or less replicated across all Spain’s 17 regions, with impressive rises reported in the autonomous communities of Cantabria (45.1%), the Balearic Islands (40.5%), La Rioja (40.1%) and Cataluña (30.6%).

Whichever figures you look at, the picture is one of a sustained recovery in Spanish home sales and mortgage lending. Proof that the nation’s property market is in good health, after a grinding eight-year slump in the aftermath of the global financial crisis. Great news for overseas buyer who continue to flock to Spain, having already led the way in this resurgence.