Life as a novelist in Almería

For many of us, living in a beautiful Spanish village and spending our time writing novels sounds about as good as it gets. The only trouble is, Cherry had to leave her husband behind… Cherry Radford tells all, as she publishes her new novel, The Spanish Cove.

How I Got Here

In 2020, I had a fabulous first Covid lockdown in my beautiful little house in a quiet corner of coastal Almería. Well, not actually in my little house there, that for five years I’d been visiting whenever I could, but a similar house in a nearby village. Okay, I wasn’t actually in the house, bodily, but mentally escaping to it at every opportunity. 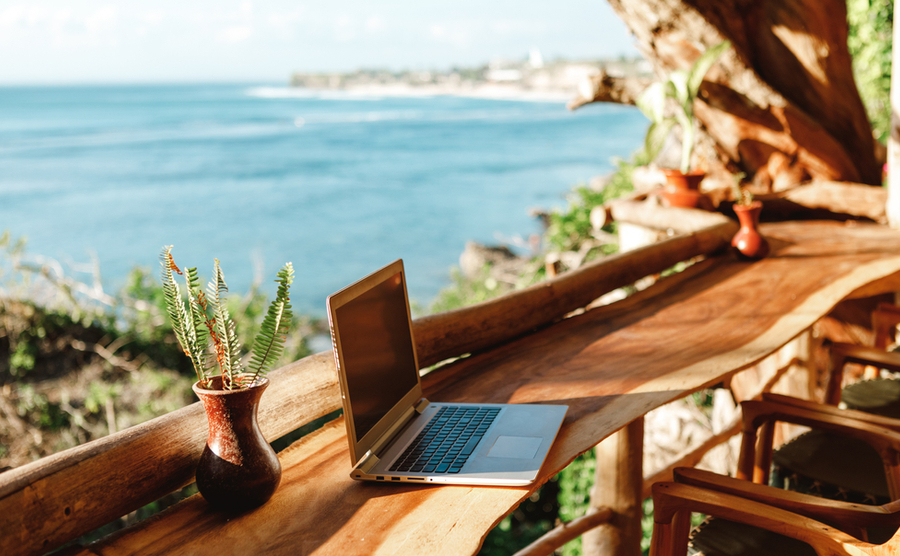 I was writing a novel set there. In reality, I was cooped up in my Blighty home, taking the daily opportunity to stroll over the deserted local golf course, like everyone else.

It wasn’t my first novel. A small independent publisher had taken on my women’s fiction, but they’d recently stopped trading. I’d lost heart with the writing, to be honest.

Then along came lockdown and pining for my Spanish village so re-inspired me that in just three months I’d written The Spanish House, with more love and lack of stress than any I’d ever written before. Also, writing it made me realise how much happier I was in Spain – that, ideally, I should be living there and visiting England, rather than the other way round. 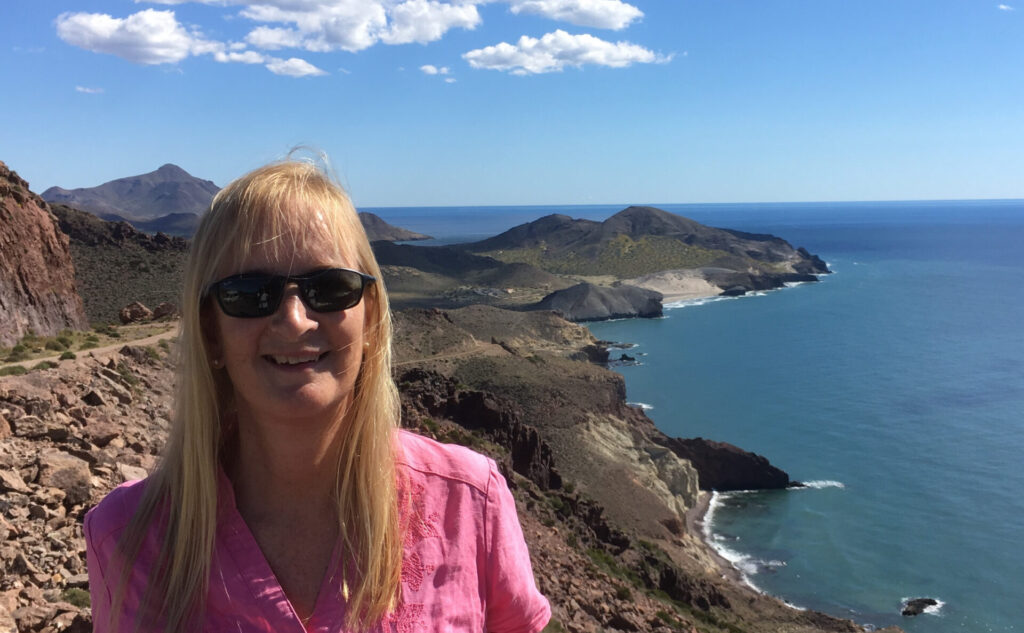 At about the same time, one of my piano pupils, missing the lessons we were no longer able to have, encouraged me try teaching on Zoom using keyboard cameras. Half of my piano pupils were up for this, and it was soon going well.

Then I was taken on by a literary agent, who was sure she would be able to find a publisher for The Spanish House, and asked me to get on with writing more ‘Destination Romances’ set in this unusual and gorgeous location. It was then I thought, hang on: I could now make a living writing and teaching piano in Spain.

I talked it over with my husband. Before lockdown, we were already spending nearly five months a year in Spain; I had my teaching holidays, and as a music producer, my husband had set up a mini studio and loved working there. Without speaking Spanish, however, he wasn’t keen to make Spain his main home.

Much to the horror of some family and friends, we made the decision to officially live in different countries

So, much to the horror of some family and friends, we made the decision to officially live in different countries. (It might sound weird, but I’ve since met or heard about several couples who’ve also done this successfully!). As soon as flights became available again, I went over to Spain and started working with the lawyer on my Residencia. The card was finally in my hand in December, just weeks before Brexit would have made it impossible for me.

The following month, my agent secured me a three-book deal with Aria Fiction (Head of Zeus). All three books – The Spanish House, The Spanish Garden and The Spanish Cove – have been published in 2022, and I’m working on a fourth, still feeling I’ll never stop being inspired by this beautiful region and the way of life here.

I tend to write in the mornings – which here means until lunch at no earlier than three – because my brain works best then and, in summer, the heat in the house hasn’t yet reached the soporific level. Out of season, I might use a notebook on my patio, balcony, or roof terrace, but when it’s hot I retreat to my study at the cooler side of the house, where I have a desk and a chaise longue (aka the guest room’s single bed) with a view of the eucalyptus park.

After lunch, both my husband and I tend to get ideas while going for a walk, paddle or swim – unless the heat has forced a siesta. Then, three days a week, I teach two or three piano lessons, before returning to look at what I wrote in the morning. The days end with watching the sun setting, either from the roof terrace or while walking round the village.

San José is a village of about a thousand residents. Although, the area being a bit of a Spanish Cornwall, this doubles or triples in the height of the summer. You’ll hear the odd French voice and a very occasional English one, but the vast majority of visitors and second homers are Spanish.

Temporary residents tend to live in the hills surrounding the village to get their sea view, but we prefer living with the locals in the centre of the village, next to the park, near shops, doctor, village square and – most importantly – three minutes’ flat walk to the soft-sand village beach. 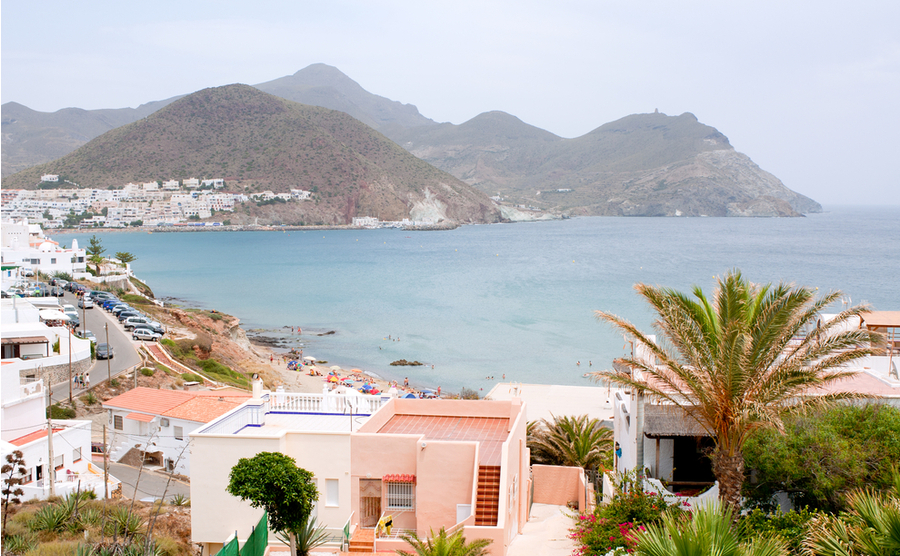 The other benefit of living with the locals is that you don’t spend most of the year in a deserted street – and it’s been wonderful for my Spanish. Or rather, my Andalusian; having been brought up by a half-Spanish mother, mine was already intermediate when I arrived, but I needed to get used to all the missing ‘s’s! You really do need a good level of Spanish to live here – or at least to live here in a meaningful, integrated way.

Otherwise, you’re better off an hour down the dual carriageway in English-colonised Mojácar. In my case, my Spanish has made it possible to develop two really wonderful friendships; my living here wouldn’t be the same without our long Spanish chats while we go for walks, and our shared enjoyment of classical and flamenco concerts.

Well, there’s nowhere else I’d rather live, but here’s a little list of pros and a few cons.

All in all, for my writing and general well-being, I just wish I’d come out here sooner!

My novels give further realistic insights into embracing life in rural Almería and are available from online stores such as Amazon or to order from book shops. 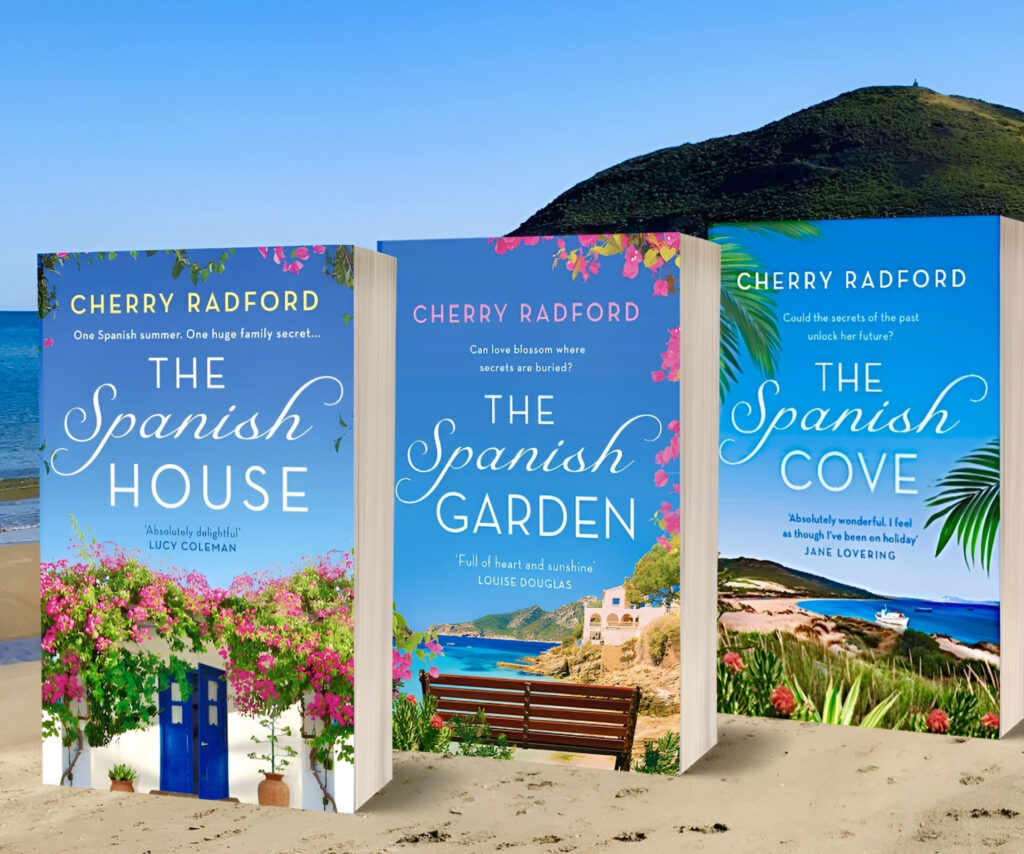