It has been a hot summer here with the majority of people on holiday, including the politicians, and the news has been quite upbeat with Brexit taking only a secondary place. The property market is stable, eco-homes are on the rise and Spain’s most expensive streets are revealed! Plus, mortgages are cheaper, as are petrol and diesel.

In a difficult economic time for Europe, Spain’s real estate market has stayed relatively stable, according to the latest figures from the Deutsche Hypo Reecox index. The stats show a slight decline of 0.6%, compared to the average of 1.8%. As María Teresa Linares Fernández, of Deutsche Hypo’s Madrid office, said, ‘Although the REECOX index for Spain has not been able to beat the 200-point mark in the second quarter, the situation of the Spanish real estate market is still favorable. This is mainly due to the good pace at which the Spanish economy is advancing, the great liquidity of the market and, above all, the current interest rate policy, which encourages investors to invest in real estate assets.’ 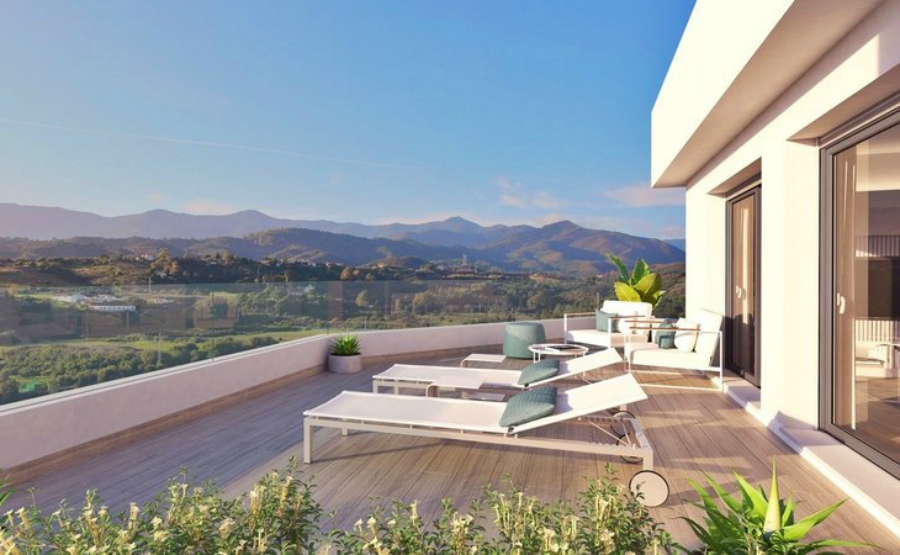 Eco-friendly homes are becoming more and more popular among buyers. Click on the image to view this new apartment in Estepona.

Buyers in Spain are also, according to the index, looking more and more for eco-friendly homes – and, with Spain’s 2009 building codes regulating a high energy efficiency, they’re in the right place. Many new-builds along the coast are highly energy-efficient, making them less wasteful and cheaper to run. Solar power is common, too, especially in the perennially sunny south. Resales are also being renovated to meet consumers’ expectations, as Linares states. ‘In Spain, interest in sustainability is not just a trend, but rather a change in attitude that has come to stay. For this reason, more and more buildings are being reformed to meet sustainability standards.’

Mortgage and fuel costs cheaper and good news for wildlife

Good news this week for anyone renewing a Spanish mortgage as at the end of July the Euribor was at its lowest recorded level ever – at 0.282%. It has been in negative territory for 41 months and there has been no interest rate rise though the Head of the Central European Bank, Mario Draghi, hinted at a slight rise after the summer.

Thinking of taking advantage of low rates to buy your dream home here? Don’t miss your Spain Finance Guide to find out more about funding your purchase.

Meanwhile joy at the pumps with both diesel and petrol prices dropping for 3 consecutive weeks. This is unusual as the summer period is when prices traditionally rise. Having recently travelled to France and Italy, it is quite clear that Spain’s fuel prices are definitely much better value. A standard 55 litre fuel tank now costs an average of 72.65€ to fill and just 66€ for diesel.

In further good news, for the first time in 100 years, an Iberian Lynx cub was born in May but the La Pedrera Catalunya Foundation only made this public this week. The male cub is the issue from 2 lynx which have for 11 years been at the Foundation’s centre, the MónNatura Pirineus animal recovery centre in the Catalan province of Lleida.

Spain is known for affordable property, especially for anyone coming from the United Kingdom. However, it’s not without its pricey areas, and, as new Idealista figures show. The priciest street in Spain is in the Coto Zagaleta urbanisation, in Benahavís, on the Costa del Sol. The average home here costs a whopping €6,758,961! Next up is Avenue Tibidabo in Barcelona, at €5,858,750, and Paseo de la Marquesa Viuda de Aldama, in Madrid, at €5,700,000. Again near Madrid, La Moraleja’s Camino del Sur has an average price of €5,485,192 and Camino Ancho, €5,146,875.

The priciest street in Spain is in the Coto Zagaleta urbanisation, in Benahavís, on the Costa del Sol.

Is a new government any closer to being formed?

Since the General Election last April, Spain has been without a formal government as the acting Prime Minister, Pedro Sánchez, failed to be invested following the breakdown of talks between his Party, the PSOE and the other left wing party Podemos. The PSOE won the most seats but no overall majority and so needs the support of Podemos and other, smaller parties to form a government. Mr. Sánchez needs parliament’s approval to be invested as Prime Minister. The other three main parties are distinctly right wing, the PP, Ciudadanos and Vox. Both the PP and Ciudadanos have moved further to the right recently. 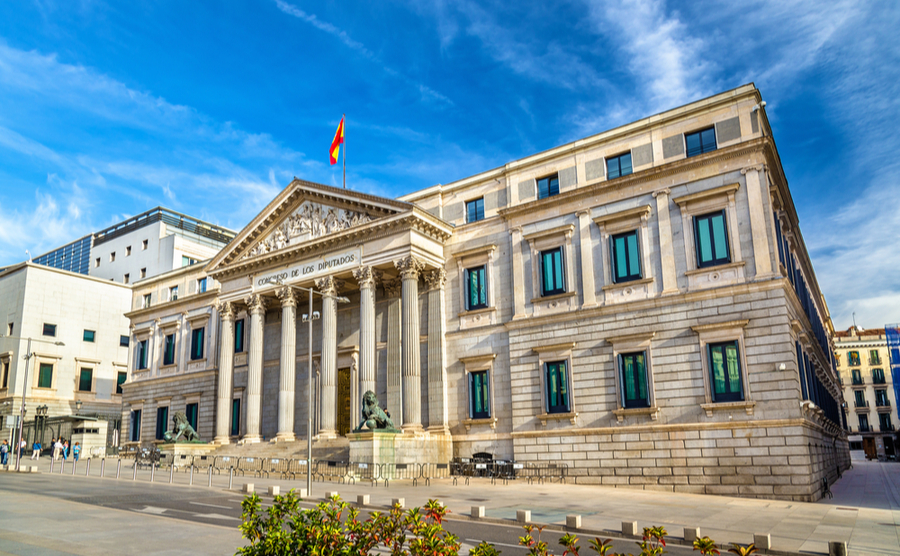 How close is a new government to being formed?

On 23rd September, Mr. Sánchez will try one final time to become Spain’s Prime Minister. Despite the breakdown of talks between himself and the leader of Podemos, Pablo Iglesias, before the summer, they will resume contact with Podemos offering to change their demand for a referendum in Catalonia to “a round table for dialogue.” This is a dramatic shift on his part and may open the way to his party’s support for Mr. Sanchez who is vehemently opposed to a Catalan referendum on independence. Until now, this has been the major disagreement between the 2 leaders.

If, come 23rd September, Pedro Sánchez fails once again to be legally invested as Prime Minister, in November, Spain will face its fourth General Election in two years and the fear is that far-right parties may be able to enter coalition with others.

Simon Manley CMG has been the UK’s ambassador in Spain since 2013 and now retires to make way for Hugh Elliot, who recently took up the post at the British Embassy. Mr. Manley wrote in his farewell address, “If I have one final message as we leave the EU, it is to make sure you, your friends and family are properly registered as residents. And check on your neighbours – make sure they are registered too,” he said before adding: “I wish you all continued health and happiness in your lives here in Spain.”

Mr. Elliot has several connections to Spain, not least of all his wife Toñi, who he met while teaching English in Salamanca. His two children were born in Spain and his first diplomatic post was in the country. He aims to address the concerns of British citizens living in the country and said, “We’ve given EU citizens living in the UK the legal certainty of their right to live and remain in the United Kingdom. And I’m very pleased that the Spanish Government has put in place, through the Royal Decree, the same guarantees for British citizens in Spain.”

You might believe that Spain’s drivers are the worst in Europe but this is not the case – officially.  I certainly think the Italians should win the booby prize for driving.  Together with Spain’s DGT Traffic Authority and The Association of Drinks and Refreshments, RACE, the Spanish Royal Automobile Club publishes an annual survey on drivers’ habits from 15 countries.

The Spanish fare particularly well in planning a long trip as 83% claim to prepare in advance, 76% making sure they rest before setting off, 64.7% choosing to start the journey at times when there is less traffic on the roads and 29% share driving. This way above the European average.

If you’ve drawn up your shortlist of properties and you’re coming out to Spain to have a look, make sure to have a read of our guide, Your Viewing Trip.

The survey looks at drivers’ fatigue and surprisingly, Finland is the worst for this, Portugal the best and Spain at no 11. No survey of this type would be complete without including alcohol consumption. A shocking 43.5% of Europeans admit to driving having consumed alcohol with 14.4% of Spanish drivers always doing so and 27.5% of British drivers guilty of driving under the influence of alcohol.

The authors of the survey offer some advice concerning fatigue while driving and say the first signs of tiredness are blurred vision, cramps, itchy eyes, dehydration, limbs feeling numb and a feeling of drifting off to sleep.

Rarely out of the news for long, Ryanair’s announcement that it will be closing 4 of Spain’s hubs has caused anger and the threat of 10 days of strikes in September by Spanish pilots and crew. The Canary Islands are worst hit with the closing of bases in Tenerife, Gran Canaria and Lanzarote and the closing of Girona airport, north of Barcelona.

The bases are due to close on January 8th 2020 after Ryanair cited overcapacity in European flights and the delay in the delivery of the Boeing 737 Max aircraft. In response, the USO union said that 512 staff based in Spain would lose their jobs. USO secretary Jairo Gonzalo said “The closures and layoffs are not justified and Ryanair will have to provide explanations to the Spanish labour authorities.”