Hopes for UK flights to Spain by July

We’re basking in a heatwave here in Spain and enjoying the reopening of restaurants, bars and beaches – and soon you should be able to as well, with plans underway for international travel to resume in July.

Tourism will officially restart in Spain from 1 July. Although there were calls for the borders to be open from 15 June, the government is taking a cautious approach and insisting on the July restart.

Even then, travel plans at the moment only include EU countries. Whether the doors will be thrown open for arrivals from the UK or other countries worst affected by Covid-19 remains to be seen.

Meanwhile, Spain’s airlines have said that air travel “is the safest form of travel” even with Covid-19. This is because of the atmospheric filtering system on modern aircraft, which removes 99% of bacteria. Air on a plane is totally renewed every two minutes, coming from both outside the aircraft and from the HEPA system.

Easyjet and Ryanair say they are ready for a resumption of flights from July, but there is as yet no news on whether there will be an “air bridge” between the UK and Spain.

Imagine endless good times in your own Spanish holiday home! Start planning your purchase now with our free guide, How to Buy a Holiday Home in Spain.

The other major question is whether British people will need to quarantine on their return to the UK. As it stands, if you can get to Spain and back, as from Monday (8 June) you will then need to go into quarantine at a named address for 14 days. The police may check that you are at the address and you risk a £1,000 fine (in England at least) if you are not there.

This rule is likely to be reciprocated by EU countries. However, with so much opposition to the plans, from business and even from within the Conservative party, there is some doubt that the plan will be extended beyond its current three-week trial.

There is, therefore, every chance that if infection rates fall fast in the UK before then, that we will be able to fly to Spain by early or mid July. 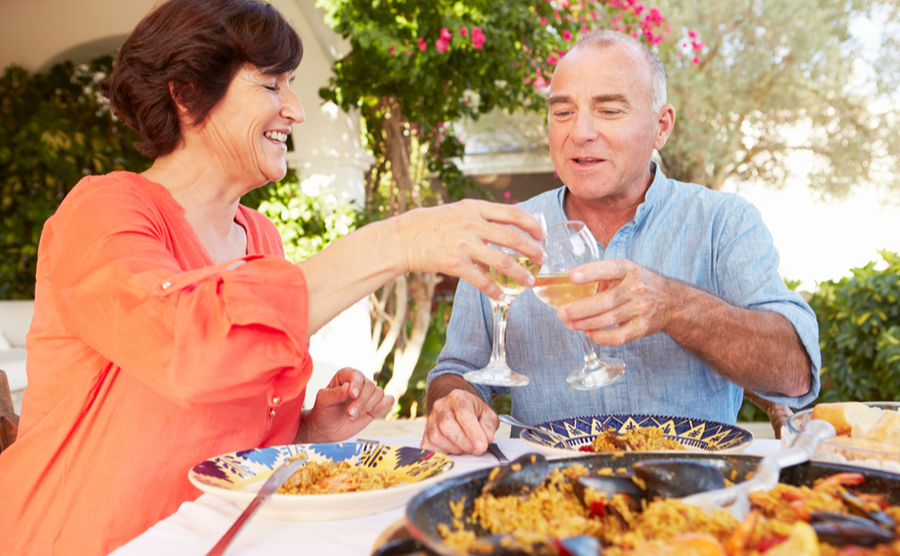 We are all enjoying the partial reopening of restaurants and beaches as normality returns.

Spain is open for business

The good news is that once you do get there, Spain’s property market is open for business. The government’s four-stage plan to return to “the new normality” has worked well. More that half of the country will have entered phase 3 by Monday, including Galicia, Asturias, Cantabria, Basque Country, La Rioja, Navarre, Aragon, Extremadura, Andalusia, Murcia, the Balearic islands of Mallorca, Menorca and Ibiza, and the Canary islands of Tenerife, Gran Canaria, La Palma, Lanzarote and Fuerteventura.

The Andalusian provinces of Malaga and Granada have also been allowed to join phase 3. This phase allows for pavement cafes to open at 75% capacity, bars to reopen with safe-distancing and social gatherings of up to 20 people to take place.

Many of our favourite areas on the Costa del Sol and Costa Blanca are still in phase two, however. In this stage pavement cafes may still open, but at 50% capacity, which has meant that many haven’t felt it worth opening.

Estate agents have been working normally for several weeks, albeit with strict social distancing rules when conducting viewings. All the usual processes, including currency payments for deposits, the work of notaries and lawyers, are able to be completed. Agents have also moved to online viewings.

Most agents are predicting modest price drops over the coming year, but nothing like the kind of reductions that we saw after the 2009 global financial crisis.

Finally, Brexit. With the transition period not budging, you will need to be resident in Spain by the start of winter to ensure that all the paperwork is completed in time.

It is compulsory to wear a face mask in public places where social distancing cannot be guaranteed. Basically, this means in the street, on the beach, in shops and in cinemas and theatres.  This applies to everyone older than six.

However, those with breathing difficulties, asthma or other medical conditions are exempt and interestingly if you are running or jogging. Some regions are giving out masks for free. The government has set a limit on the price of non-reusable face masks at €0.96.

TUI has announced flights to Spain’s islands “within weeks.”

This summer is likely to be a buyer’s market, so make the most of it with the advice in our free guide, How to Negotiate Abroad.