A recent survey uncovered the most budget-friendly destinations in Europe. In the top ten of the list, there are four Spanish locations: Malaga (no.9), Seville (no. 8), Valencia (no.4), and right at number one, Granada.

The Best Travel Destinations in Europe for Travellers on a Budget 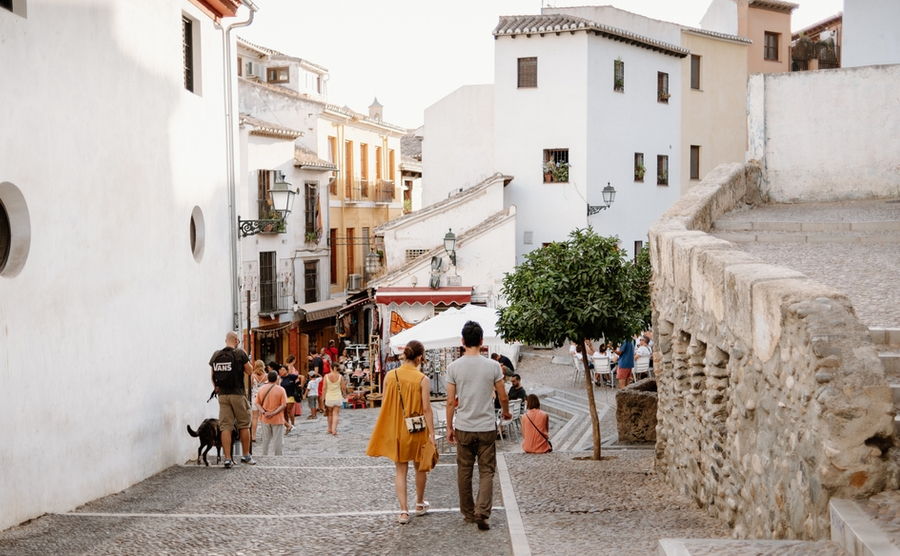 The travel company, Omio, have released a list of “The Best Travel Destinations in Europe for Travellers on a Budget”. In compiling the list, Omio looked at a wide range criterion: the number of free activities, museums, attractions, affordable guided tours, and more. In your plans to move overseas, you might be hoping to discover a new area and do some sight-seeing. If you are moving with your children or have grandchildren that you’d like to visit, then this list is really useful for choosing a location that has plenty of activities to fill weekends and holidays.

Some of the other criterion that these judgements were based upon are going to come up more in your everyday life. The food and drink criterion are vast, it includes: pubs & night clubs, the cost of a fast food menu, dinner for two, public drinking fountains, and beer.

Find homes in Granada via our property portal.

In terms of tourist related activities, Granada has: free activities – 112; free museums – 10; free sightseeing attractions – 60; affordable guided tours – 29. When it comes to affordable city tours by bus, Granada is really ahead of anybody else. These tours cost £6. The second cheapest location for guided city bus tours is Edinburgh, offering these tours for £10 (apart from St. Polten which offers them for free but only has two). However, for the most part, these tours are available for closer to £20 or more.

Things to see and do in Granada 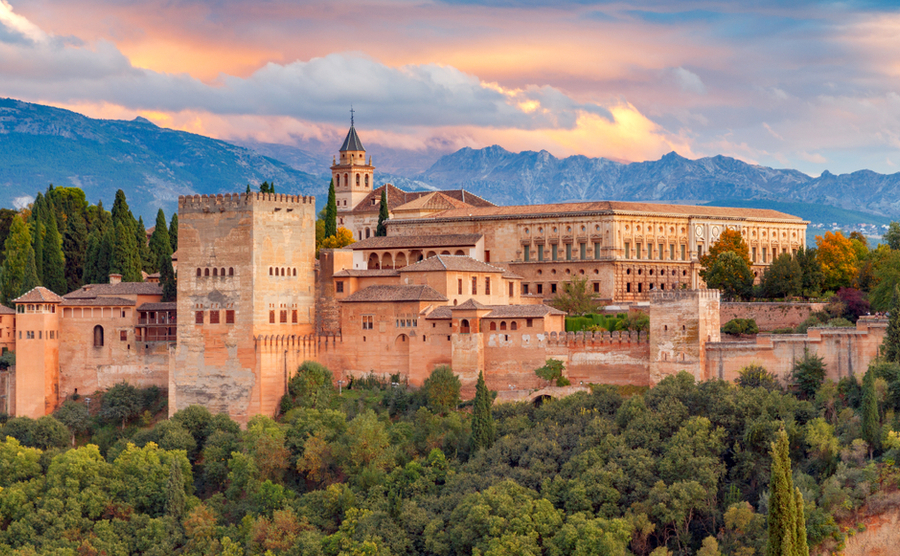 Possibly the greatest attraction in Granada is Alhambra, a UNSECO world heritage site and Spanish cultural heritage site. It is a palace and fortress complex. It is one of the most famous examples of Islamic architecture worldwide, dating back to 1238. Additionally, it showcases Spanish Renaissance architecture. It includes the opulent, Moorish-style Nasrid Palace. Although there are multiple different tours you can take, actually visiting Granada’s biggest attraction costs nothing.

For Roman Catholic history, there’s the elegant Granada Cathedral to visit too.

Flamenco originates in the Andalucía region, and in Granada, there is a plethora of shows to see this beautiful traditional dance in action.

If you are looking for relaxation after absorbing Granada’s culture, there are Arabian baths to take a breather in at Granada’s Hammam Al Ándalus. 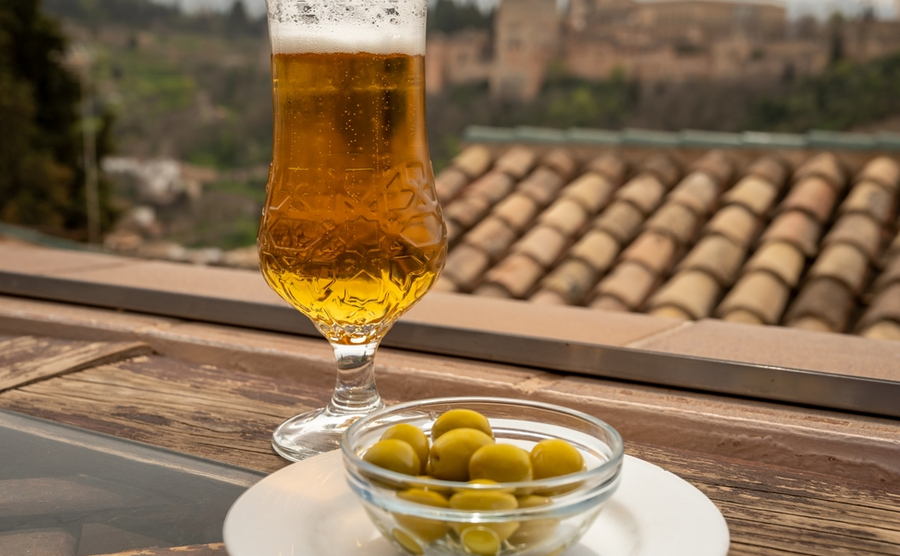 Furthermore, public transport is cheap in Granada. A 24-hour public transport ticket costs just £1.23. With a travel card, public transport is even cheaper in Granada, at less than a single euro.  In the top ten budget-friendly destinations, only Malaga was cheaper at £1.18. Granada is on Spain’s high-speed train network, so, living there, you would be extremely well-connected at a very affordable price. 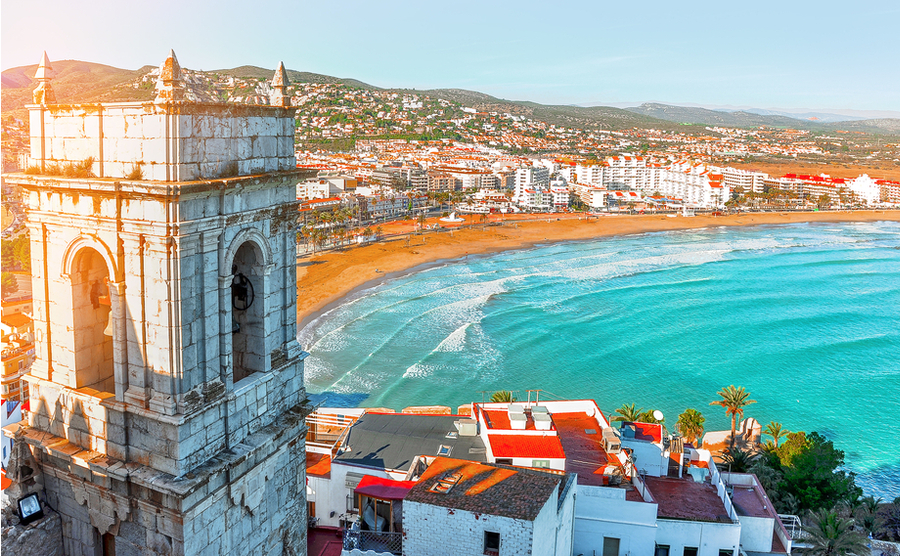 The darling of eastern Spain and the birthplace of paella (yum!), Valencia makes it in at number four on this list. Remember, this list is for the whole of list, not just Spain, so isn’t wonderful to see multiple Spanish cities included in the top ten?

Valencia has 125 free activities; 12 free museums; and 55 free sightseeing attractions. This includes the iconic Plaza de la Reina – you can either view it or view the city from it by climbing the 207 steps of its belltower. Valencia has 77 pubs & night clubs for you to get to know. When it comes to free WiFi, Valencia is super generous, with 5,373 WiFi spots. So, if you are planning to work in Valencia, you can very easily do it anywhere. Although more than Granada, beer is still a cheap £2.63. 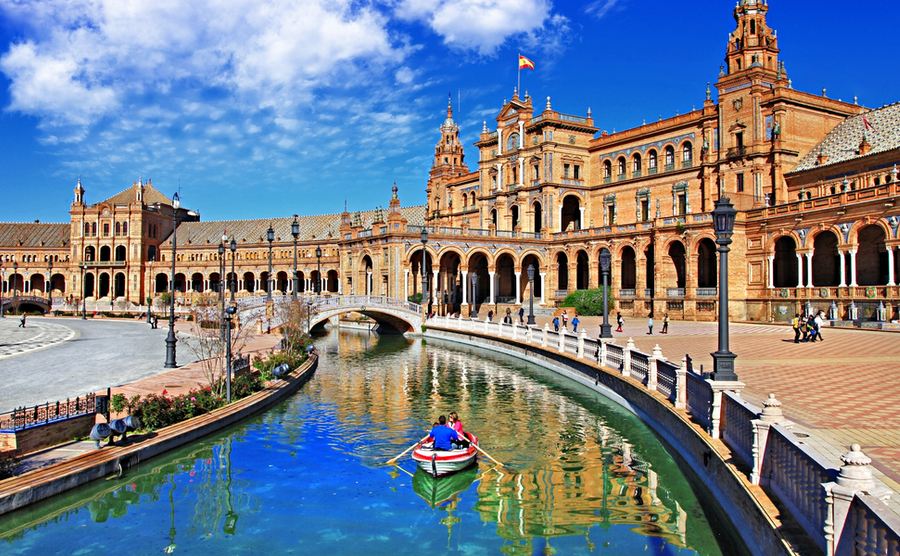 Spain’s most southern city and the largest city in Andalucía, Seville has an undeniable vibrancy. Architecturally speaking, it presents Moorish, Roman, Gothic and Renaissance. A particular highlight includes Seville Cathedral, the largest Gothic Cathedral, the fourth largest in the world, and a UNSECO world heritage site. Due to its smooth terrain and public bicycle scheme, Seville is a super bicycle friendly city.

Don’t forget, being the most southern city in Spain, Valencia is lovely and warm – even when the rest of the country feels a chill. 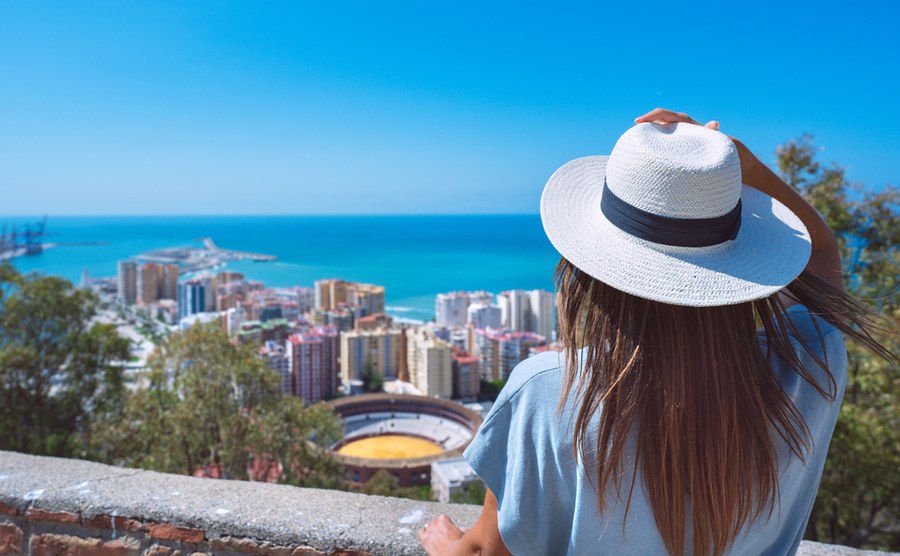 With its sixteen sunny beaches, Malaga is the gem of the Costa del Sol. With its coastline flanked with hotels and resorts, here, you’d get to live a constant beach babe lifestyle. It’s also the birthplace of Pablo Picasso and holds him esteem, with the excellent Picasso Museum. Malaga has remained an arty hub with its Centre for Contemporary Art and its street art.

Malaga has 115 free activities; 7 free museums; and 59 free sightseeing attractions. There are a plentiful 113 pubs & night clubs – and beer only costs £2.41. 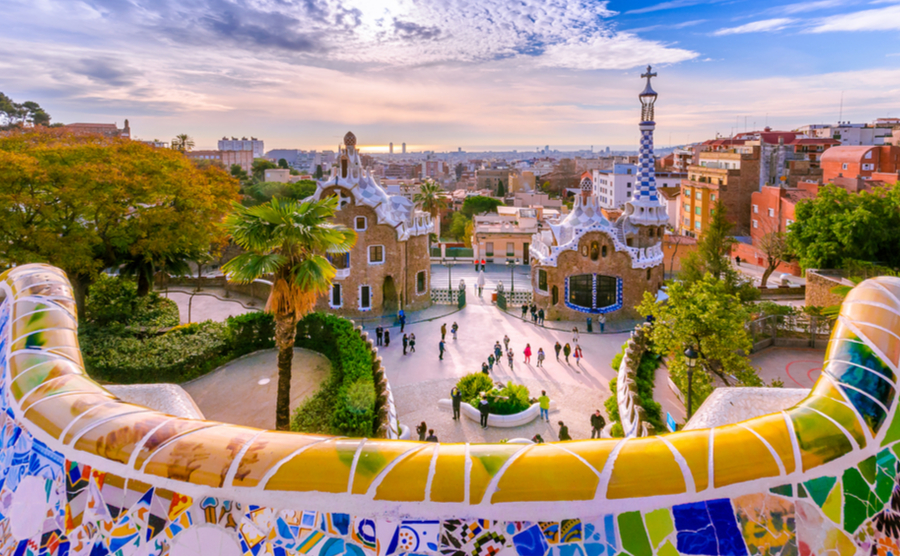 Okay, it’s not strictly speaking in the top ten, but being only just out, we thought we’d include it. It’s so exciting that this thriving, cosmopolitan city is actually considered no.11 for budget-friendliness.

Barcelona is known for its love of fashion, fabulous food, and football. The old town and the Avant Garde architecture sit alongside each other. There’s a whole host of things to see and do, including (but definitely not limited to): National Art Museum of Catalonia, the incomplete Basilica of La Sagrada Familia, and Palau de la Música Catalana Auditorium.

There is so much to do in Barcelona, you’d definitely have a busy life there. And the great news is that a lot of it is free: 434 free activities; 17 free museums; and 113 free sightseeing attractions. There are an incredible 662 pubs & night clubs to choose from, but sadly, beer isn’t as cheap as the other Spanish destinations, at £4.38.