Brexit and Spain: the view from the ground

Brexit uncertainty might be the main news in the UK each days – although a deal might be creeping closer – but, in Spain, the government has been doing its best to pave the way for British residents, from guaranteeing expat rights to most recently announcing it would continue the EHIC system if Britain does the same.

How is the government preparing for Brexit?

To meet the new 31 October deadline, the Spanish government organised a Brexit Commission, made up of various national and regional government ministries, meeting once a week. Different Spanish regions have different concerns. Some, such as the Canary Islands, Murcia, Valencia, Andalusia, the Balearics and Catalonia, have more British residents than others. But other regions may find themselves affected through trade, in particular with the export of fresh produce.

Thinking of moving to Spain after the Brexit deadline? Find out how you can do just that in your free guide, How to Live in Spain After Brexit

In the case of no deal, Mr Sanchez said earlier in the year that he planned to give all official British residents, some 400,000, the automatic right to permanent residency in Spain. That means they would be able to access healthcare and to work. This depends though, on the UK granting the Spanish nationals in Britain the same rights. 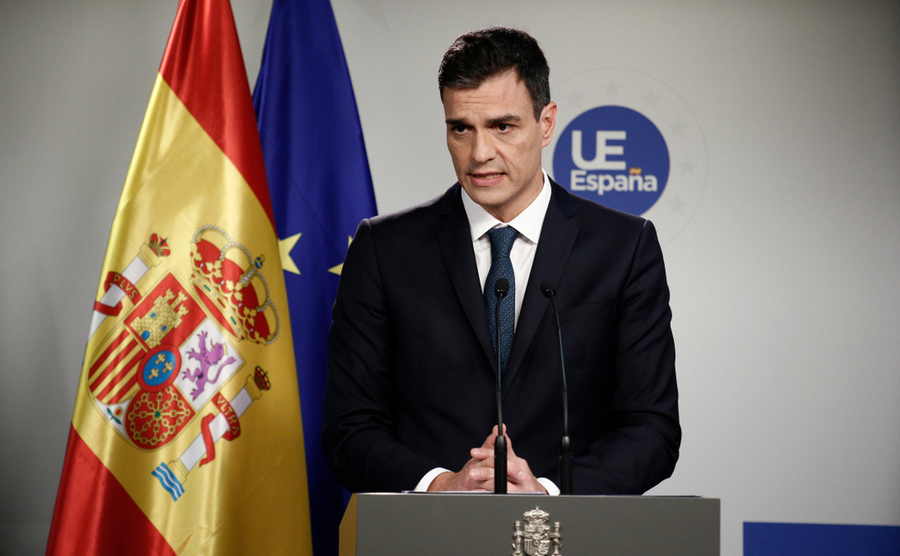 Pedro Sanchez’s government has announced it will continue the EHIC system if the UK reciprocates. Alexandros Michailidis / Shutterstock.com

Mr Sanchez has asked all British citizens to “remain calm”, including both those resident and those with holiday homes in Spain. He went on to say however that everyone needs to be “honest and realistic”. Whatever measures have been put in place “can only mitigate the consequences but cannot eliminate them altogether.”

The British government requested some time ago that EU nations, in the event of no deal, agree to continue giving British people healthcare under the current EHIC system. So far only Spain, Belgium, Portugal and Ireland have agreed so long as the UK does the same with Spanish citizens here. We can probably assume that this will be guaranteed, even under the “hard” version of Brexit that the Johnson government is pursuing.

The Spanish government has agreed to continue the EHIC system with the UK, as long as Britain reciprocates.

The Spanish health ministry has created a useful website that explains the situation for British people in different scenarios.

Under the current deal, there is a transition period lasting until the end of December 2020. This can, of course, be extended. Indeed it could easily become another “cliff edge”, with the potential for another no deal scenario. Something to look forward to…!

What could happen in the case of a no-deal?

Although no-deal is perhaps looking less likely now, nothing is off the table. Do make sure to read our Brexit FAQs for further information, and make sure to download your free Brexit Guide for more information.