Your Mini Guide to Spanish Culture and Customs

Shouting at a waiter, paying the bill for everyone, conjuring up a surname, having two breakfasts and avoiding certain Tuesdays are all part of Spanish culture. Learn how to get involved.

Visiting Spain on holiday is one thing, living in Spain is quite another. There are many things you will need to get used to once you move, especially Spanish culture. We take a light-hearted look at some of the differences between the British and Spanish ways of doing things.

The real Spanish breakfast is what they call “the second breakfast” (el segundo desayuno), which happens sometime between 9.30 and 11.00 a.m.

The Spanish love to shout and make as much noise as they possibly can. This is not only reserved for fiestas, festivals and parties, but in daily life. They shout across the supermarket, they positively scream when their favourite football team wins a match (mostly while watching it on a large TV in a local bar), children are brought up to shout rather than to talk and if there is a festival on the loudspeakers, it will be at maximum volume. Eventually, you will become adept at shouting louder than the Spanish in order be heard. It isn’t considered rude to yell “oye!” to waiters in bars or noisy restaurants to attract their attention. After a little practice you’ll become quite good at it – just don’t do it when you are visiting the UK!

It’s all part of the Spanish way, so it’s best that you get used to it quickly. There are, however, rules and laws to help neighbourly coexistence and you should go to your local town hall if you are experiencing trouble with very noisy people next door. 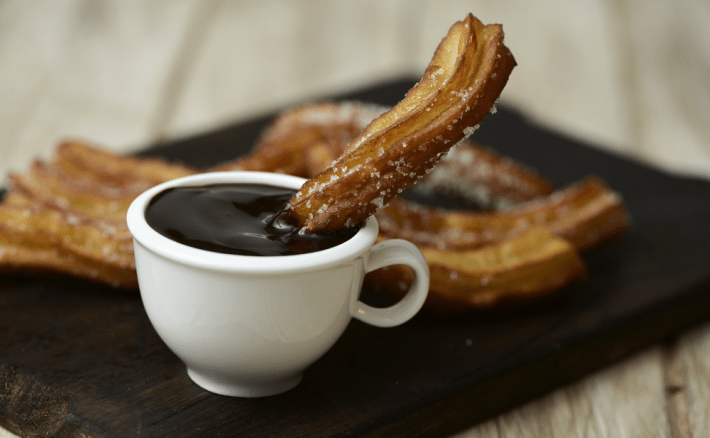 Get into the spirit of the Spanish ‘second breakfast’.

Don’t think that a bowl of cornflakes and a cup of tea is a Spanish breakfast. In fact, the Spanish don’t really have breakfast at home, perhaps just a small coffee and a small piece of yesterday’s cake before going to work. The real Spanish breakfast is what they call “the second breakfast” (el segundo desayuno), which happens sometime between 9.30 and 11.00 a.m. This is when the boss, his secretary, all the office workers and construction workers head off to the nearest bar to devour a coffee with milk (sometimes with a shot of brandy in it) and huge rolls spread with olive oil and tomatoes and filled with cheese or ham – or both. Some may prefer a croissant (cruasán).

It’s best for you to join them, otherwise you’ll be waiting for a long time to post that letter, see the bank manager, collect your shoes from the repair shop, or basically do anything useful.

Most reasonable people would imagine that the Spanish word ‘invitar’ has exactly the same meaning as our words, “to invite.” It is a word to be used with caution, though, as it will mean that you have invited someone to something and you are paying! You could end up forking out for everyone’s cinema tickets, or worse – paying for everyone’s meals.

In Spain, people don’t really ‘go Dutch’, especially if there are two of you enjoying a drink. If you are out for dinner with several people, it is usual for the bill to be divided equally, whether or not you had an extra beer or they had coffees and you did not. It’s considered impolite to discuss who had what and at what price.

When it comes to birthdays, the Spanish have it all upside down, as it is the birthday girl or boy who is supposed to treat their friends! With this in mind, be careful of what you suggest doing to celebrate a birthday – best to keep it simple and low cost, as you will be footing the bill.

If you are out for dinner with several people, it is usual for the bill to be divided equally, whether or not you had an extra beer or they had coffees and you did not.

Once in Spain, you are going to do a lot of form-filling – there’s no escape from it. You will notice that there is always space for two surnames, which is the Spanish custom. Computers in Spain expect two surnames and you might find yourself filling in a form again and again with no result if you only put one, such as “Davis”. What, it will want know, is your second surname? Putting a ‘0’ usually works online, but you might put in a dash, your maiden name, or even as friend of mine does, her surname twice, which then becomes Lewis Lewis.

You may be wondering why the Spanish have two surnames and it is not as you might think, i.e that a woman keeps her maiden name when she gets married, because everyone in Spain has two surnames. In Spain you keep the names you were given at birth for life and the surname is made up of your father’s surname and your mother’s surname. So if your name is Silvia Perez Cruz (who by the way is a famous singer and actress), your father’s last name is Perez and your mother’s last name is Cruz.

No! Friday 13th isn’t considered unlucky in Spain – but beware of the date if you are anywhere on the Iberian peninsula. The populist theory for this is that the word for Tuesday in Spanish is Martes, which comes from the name of the Roman God of War, Mars, though I doubt that anyone really believes this. Nevertheless, Spanish people will tell you of all sorts of horrors that could befall you on Tuesday 13th…you have been warned!