Where is Europe’s best beach?

Spain has the best beach in Europe, but where is it? With Ryanair offering many more winter routes, low cost trains and a successful new Spanish property show, all the signs are good as we approach peak property hunting season!

Ha, take that Greece! Eat this, the Cote d’Azur! A Spanish beach has kicked over the sandcastles of all the other beaches in Europe by being named the best in Europe. It’s the sixth best in the world too, apparently. Where is this wonderful beach? Not on the Costa del Sol or Mallorca. Adding insult to injury, it’s not even on the Mediterranean. It is on the northern coast of Spain in the lovely city of San Sebastian. La Concha beach was named best beach in Europe by Tripadvisor in its Travellers’ Choice Beach Awards 2018. The UK’s best beach is Bournemouth, coming at no 14 of the top 25 European beaches. 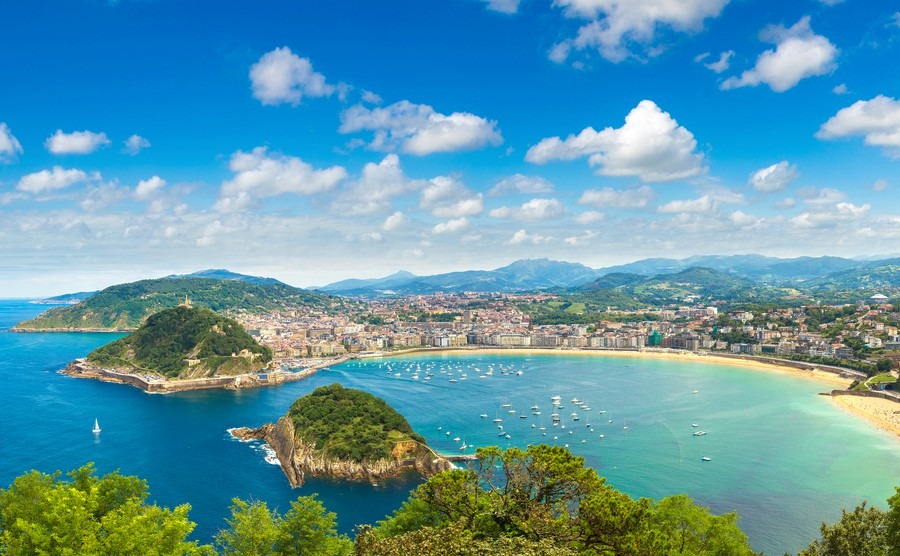 Michael O’Leary, Chief Executive of Ryanair, was in Madrid last month to promote speak about 29 new winter routes to Spain. This is fantastic news for those with second homes. The airline already flies to 26 Spanish airports, and its new winter Barcelona to Bristol, Alicante to Newquay and Seville from Edinburgh and Bristol. Mr O’Leary said: “We are delighted to announce our 2018 winter calendar for Spain, which includes 29 new routes (more than 500 in total) and an increase in frequencies in 35 existing routes. With all this, we expect to transport 41.5 million passengers a year in Spanish airports, which represents a 9% growth in the country.”

Ryanair customers can already start booking through to March 2019.

Customers can already start booking through to March 2019, meaning that the dream of living in Spain but commuting back to work for two or three days of the week is alive and well.

… And low-cost Spanish trains too

Spanish rail operator RENFE is offering a low cost version of its super-fast AVE train service from next year. It will be called EVA. (Actually AVE backwards!).

The first route will be the popular Barcelona to Madrid service. The train will not operate from Barcelona Sants Station (as does the AVE), but from El Prat de Llobregat station. This is nearer to El Prat Airport and has easier metro connections. This route is expected to see five daily trains in each direction, each able to carry 343 passengers. It will feature on-board WiFi, a paperless ticket system and a special App.

In 2020, RENFE will no longer have the monopoly on train services and EVA is part of its new drive to become more competitive.

Even the snow in West London, which normally brings the city to a standstill, couldn’t dent the enthusiasm of Spain property hunters at Your Overseas Home. Despite the weather, almost 200 people took the opportunity to meet with carefully selected estate agents, solicitors, financial advisors and currency experts in person at the show. These are the ingredients you need for a stress-free, easy and enjoyable purchase in Spain.

If you are ready to buy a home in Spain, Property Guides will be at Your Overseas Home. It’s a new style of property show, where those serious about buying can get answers to detailed questions and introductions to trusted lawyers, agents and currency providers. Click here to apply for FREE tickets to shows in Manchester and Glasgow this spring.

The Guardia Civil recently tweeted the actual speeds which trigger a fine on Spanish speed cameras. For a driver travelling at up to 100/kmph there is just a 7km leeway. This means that in a 50kmph area you’ll be fined going over 57kmph. In a 90kmph area you’ll get away with anything up to 97kmph.

When driving at speeds over 101 kmph, the leeway is 7% of the speed limit. If the speed limit is 110 kmph the cameras are activated at 117 kmph. The tweets were publicised with the hashtag “#LaCarreteraNoEsUnCircuito “ – “the road isn’t a race track”. You have been warned!

Catalan or Spanish in class?

The Spanish government is proposing to give pupils in Catalonia the choice of Catalan or Castilian in classes. Currently, all lessons are given in Catalan but Spanish is taught for several hours a week.

The plan will not prevent children from being taught Catalan as a language, but it is felt that as many children in the autonomous region have parents from other parts of Spain, they should be given the choice of learning in their mother tongue.

For British families moving to Catalonia, the option for their children to learn the national language – rather than a regional version – may well be preferable.

Giving lessons in Catalan is a legal requirement under the Catalan Law and cannot be revoked by Madrid. However, following the unsuccessful attempt at independence last year, the Spanish government is currently running the region. That includes control of education. If there is seen to be a high enough demand by students and teachers for classes to be taught in Castilian Spanish, the national government will introduce the option.

For British families moving to Catalonia, the option for their children to learn the national language – rather than a regional version – may well be preferable.