A weaker exchange rate isn’t deterring British buyers, we’re just dropping our budget. Even at lower prices the dream of owning a property in the sun goes on.

Britons are continuing to snap up homes in Spain but just spending less, with most buyers’ budget now under €150,000, according to the latest research from a leading Spanish property portal.

In Torrevieja €110,000 is enough for a three-bedroom penthouse or a picturesque townhouse near the beach.

“September has thrown up the first visible effect of Brexit on the Spanish holiday home market,” said the portal. “Overseas interest remains extremely buoyant but buyer budgets have notably reduced. With British buyers making up 21 per cent of foreign house sales in Spain, the strength of sterling is important. Its fall since the referendum has reduced purchasing power, but seemingly not people’s willingness to buy abroad.

“If Brits do drive a harder bargain it is possible we will see some localised discounting in the coming months, particularly in provinces where they are most active such as Alicante and Malaga. On the flip side, the ballooning price of property in the UK has gifted the fifty-plus age group enormous power to purchase second homes. With an abundance of property for less than £90,000 and a market returning a steady five per cent per year, Spain remains a hugely compelling option.” 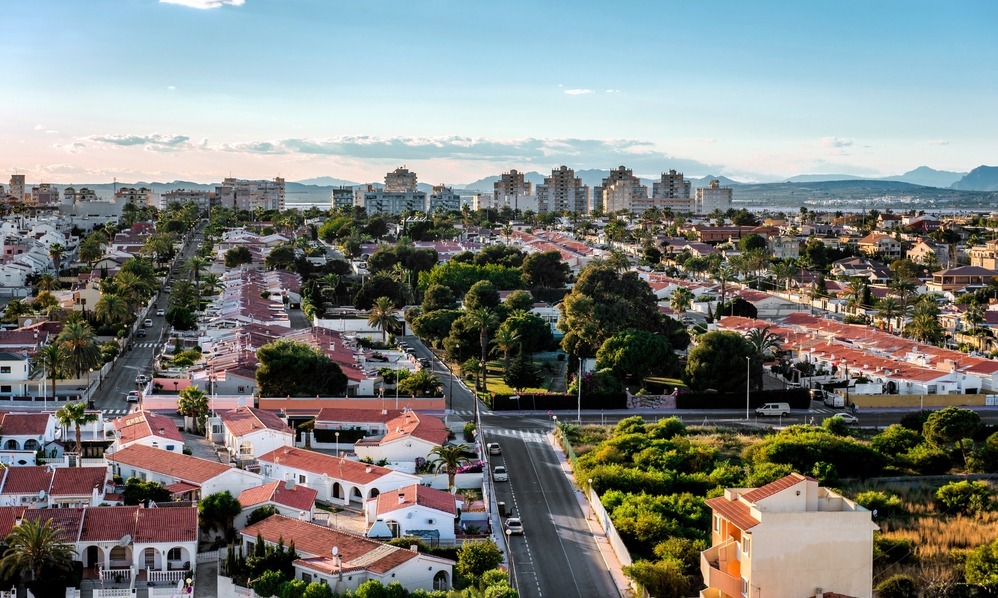 Torrevieja, southern Costa Blanca, where average property searches are below €110,000

Looking closer at Kyero’s September stats, its top five destinations were all priced at €150,000 or less. Torrevieja, in the southern Costa Blanca, was the most popular area for enquiries during the month, with an average price of €110,000. While that kind of money wouldn’t go far in the UK, in Torrevieja €110,000 is enough for properties ranging from a three-bedroom penthouse apartment just 200 metres from the sea to a picturesque townhouse close to the beach.

Homes at Murcia’s Alhama Golf Resort saw the second highest number of enquiries during September, with an average price of just €73,000. Properties in Llira, a town just north of Valencia, were next, at an average cost of €110,000. That’s enough to buy a detached, four-bedroom villa with its own pool there.

The fourth most popular destination, Alicante, saw prices rise to an average of €144,900, which is enough for anything from a three-bedroom apartment with communal pool to a four-bedroom country house with pool and barbecue. Corralejo, on the Canarian island of Fuerteventura, took the fifth spot, with an average price of €150,000, sufficient for a range of contemporary villas close to its famous golden beach.

Squeezing every euro possible out of a sterling based budget has become increasingly important since the exchange rate has dipped against UK buyers.

“Squeezing every euro possible out of a sterling based budget has become increasingly important since the exchange rate has dipped against UK buyers,” said Laura Richards, Spain specialist at PropertyGuides.com. “The first thing to do is open an account with Smart Currency Exchange, which will offer you highly competitive exchange rates when sending euros to Spain. They will also explain the different ways of buying of euros, according to your personal requirements.”

A recent couple who used Smart Currency Exchange when they bought in Spain are Jason Staines and Aileen Murray. You can read their story here.