The American news channel, CNN, has placed the city of Valencia on its list of ‘the best destinations to visit in 2022‘. But what about those who want to settle in the city longer than just a weekend break or week’s summer holiday? What is Valencia like for expats? We take a look at what the city has to offer…

CNN cites many reasons for including Valencia in their best destination list, one of them being the excellent communications.

Valencia airport serves the UK and several European cities and is just 10 km from the city centre. Trains run to most major cities in Spain and RENFE, the Spanish railway, has just opened a new ultra-fast service to Madrid on their budget train, the AVLO. Tickets start at just €7 for the 2 hour journey. This will now make Valencia the nearest seaside destination for people living in the capital.

Whilst on the subject of trains, one of the most iconic buildings in Valencia city is the Estació Nord, or North Station, which is a fabulous place with elaborate carvings and ceramic oranges.

Find your perfect home in Valencia on our portal

What makes Valencia a great destination?

One of the main joys of the city are the 9km of gardens that run along the old riverbed. No other city in Spain has anything quite like it.

The river Turia used to flood frequently and there was a devastating event in 1957 when many people died, and there was considerable damage within the city. It was then decided to reroute the river away from the centre, and in 1986, work began on transforming the old riverbed into a green space for residents and visitors to enjoy. 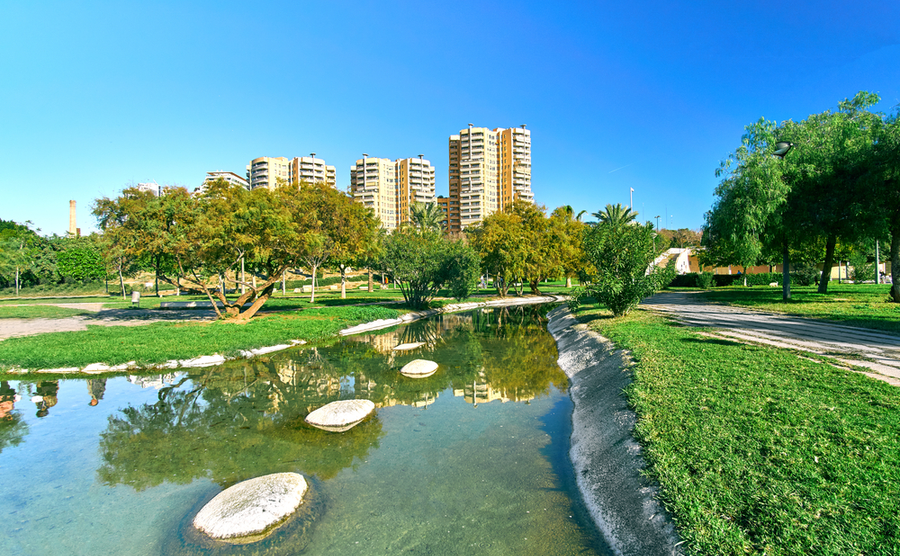 The gardens are a fantastic place to enjoy some fresh air and sunshine. There are play areas for children and many footpaths and green spaces for cycling, jogging and other exercise – yoga classes are frequetly held there too! Some 18 bridges cross the park and there is always a peaceful spot for reading or just sitting and enjoying the view.

Another standout area of Valencia is the vibrant central market. Held within a beautiful colourful building, it is the largest fresh food market in Europe with 1,200 different stalls offering almost every type of cuisine. There is also a tapas bar and several others outside the building. The area is a popular meeting place for locals and is the place to buy fresh produce daily.

The City of Arts and Sciences

Another of Valencia’s main attractions is the City of Arts and Sciences. It is a collection of futuristic and cultural architecture with plenty of leisure activities for the whole family.

The complex includes a digital 3D cinema hemisphere with a massive 900m concave screen, a science museum and the largest aquarium in Europe. The Oceanogràfic aquarium houses seven different marine environments with as many as 45,000 different marine species. Some of the highlights include dolphins, belugas, walruses, sea lions, penguins and sharks!

And if you’re a fan of music, the Palau de les Arts Reina Sofía opera house will definitely be of interest. It is a popular venue for classical music and opera. 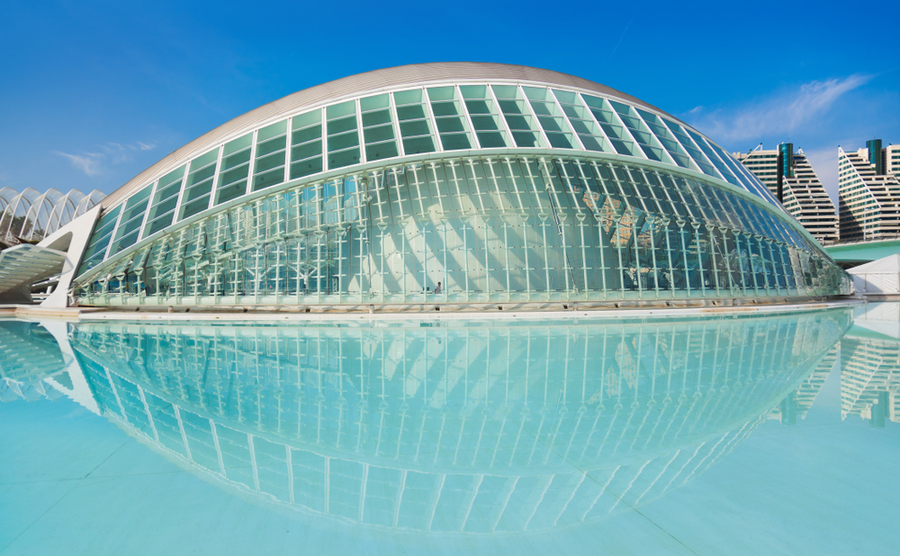 Modern architecture in the City of Arts and Sciences

When it comes to Spanish cuisine, Valencia leads the way. One of the most well-known Spanish dishes is, of course, paella, and the region of Valencia was where this much-loved dish originated.

There are plenty of restaurants serving paella in Valencia city, but for a true paella experience, take a bus to Albufera Natural Park. Just 15km south of the city, this stunning park is home to Spain’s largest lake, dunes, forests, the beaches of the Devesa del Saler and an array of rice fields that are used to make paella. Make sure to try out the restaurants within the park that offer ‘real’ paella.

Las fallas is the best known and most fascinating festival in Valencia, though there are many others throughout the year.

Held for 19 days in March, the principal heart of the festival are large statues made of cardboard and papier maché. The statues are often risqué and portray people or recent events. On 19 March, they are all set alight to burn, with one then saved and placed in the Fallas Museum.

Valencia is not just for tourists. It is a popular place for expats to settle due to its compact size, vibrant atmosphere and proximity to the coast. The sea is 14km away from the city centre which takes about 30 minutes on the bus. So, you will need to choose whether you want to live closer to the coast or the city centre.

The city is also close to mountains, so snowboarding and skiing are a possibility in the winter months, and hiking is a popular pastime in the summer. 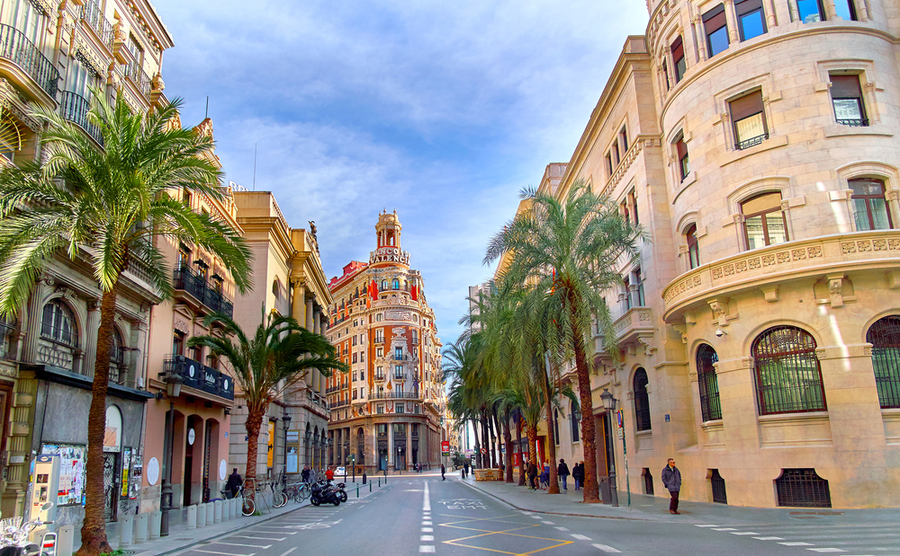 The local people are particularly open and friendly, and there is a welcoming international expat community too. Many locals speak English, but do be aware that English is not always spoken in some government agencies and in places like banks. While this is changing and English is becoming more present in Spanish administration, if you plan to live in Spain long term, a knowledge of Spanish really is essential.

Also be aware that the climate may not be for everyone. It can get cold in winter and very hot in summer, up to 40º.

The cost of living is low compared to other cities. Rents are increasing but are still reasonable, as are properties to buy.