The Trouble in Spain Falls Mainly on the Plane

It has been an uncomfortable summer for air travellers, with strikes and operational difficulties affecting many flights to and from Spain, and Barcelona suffering the most. We look at what lies behind the problems.

It has not been an easy time of late for Spain and its airlines; for many people travelling to and from the country, there are still more problems on the way. Passengers have been left stranded for hours and now there is a threat of strike action.

It appears that the company, riding high on increased business and profits, had overbooked flights

Vueling is being investigated

In late June, the budget Spanish airline company, Vueling, (part of a group that includes British Airways) began to show cracks in its operations. By early July, there were scenes at major airports across Europe in which Vueling passengers found themselves stranded for hours on end, while their flights were cancelled or seriously delayed. 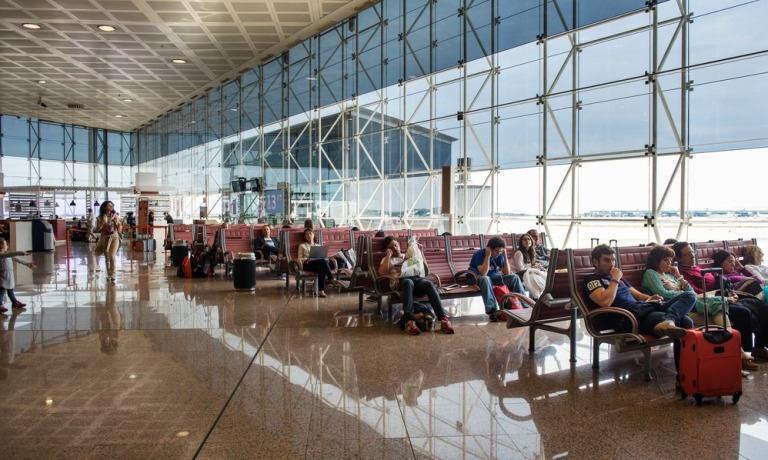 Nowhere was this worse than at Barcelona El Prat Airport, Vueling’s hub, where many thousands of travellers could not leave for their destinations. It appears that the company, riding high on increased business and profits, had overbooked flights and had not recruited enough extra staff to deal with the increase in passenger numbers, in particular pilots and co-pilots. Nor had they enough aircraft. The result was chaotic scenes, with angry passengers saying that they had been given no information, no assistance by the company, and basically left to fend for themselves.

It took several days of disruption before both the Spanish State Aviation Safety Agency (AESA) and the Catalan government took on board the seriousness of the situation, both of which have been criticised for a slow response. Now both are investigating the cause of the problems. 40% of all Vueling flights use Barcelona airport.

Not the first time

Unfortunately, this is not the first time that Vueling has come under scrutiny by the authorities –in fact, it is was fined over one million euros eight years ago for failing to comply with arrival and departure slots. Passengers affected have been advised to make claims for refunds from the airline as quickly as possible.

Pilots at the Spanish airline, Air Europa, have called a strike from 30th July – 2nd August.

As if the problems with Vueling and the earlier French air traffic controllers’ strikes were not enough for the weary traveller, pilots at the Spanish airline, Air Europa, have called a strike from 30th July – 2nd August. The dispute is due to the airline company’s plan to outsource pilots for a new budget priced service, Air Europa Express. The vote to strike was virtually unanimous, though the pilots have said they will maintain a “minimum service” during this time. They are aggrieved at plans to recruit new pilots from outside the organisation at a lower cost, who will not be covered by existing agreements.

There is also the possibility that French Air Traffic controllers may take further industrial action, which of course will affect all flights from the United Kingdom to Spain and Portugal. Keep an eye out for updates.