The most beautiful places to buy property in Andalusia

Renowned for its authentic whitewashed towns, Moorish architecture and laid-back vibe, Andalusia is the epitome of traditional Spain. With old-school tapas bars and flamenco clubs in abundance, it is no surprise that the region is so popular with overseas buyers.

Andalusia is home to some of the oldest and most beautiful towns and cities making it rather difficult to choose just one for your Spanish home. To help you decide, we take a tour of the most beautiful places to buy property in Andalusia.

Where to buy property in Andalusia

With the magnificent Alhambra at its heart and the towering Sierra Nevada mountains as its backdrop, Granada is undeniably one of the most beautiful places to buy property in Andalusia.

It was one of the last places the Spanish Moors resided, and their presence is still very much visible in the architecture today, particularly in the Albaycin district (also known as the old Arab Quarter). A walk through the streets will take you past aromatic Arab market stalls, traditional tapas bars, laid-back cafes and cosy flamenco clubs. 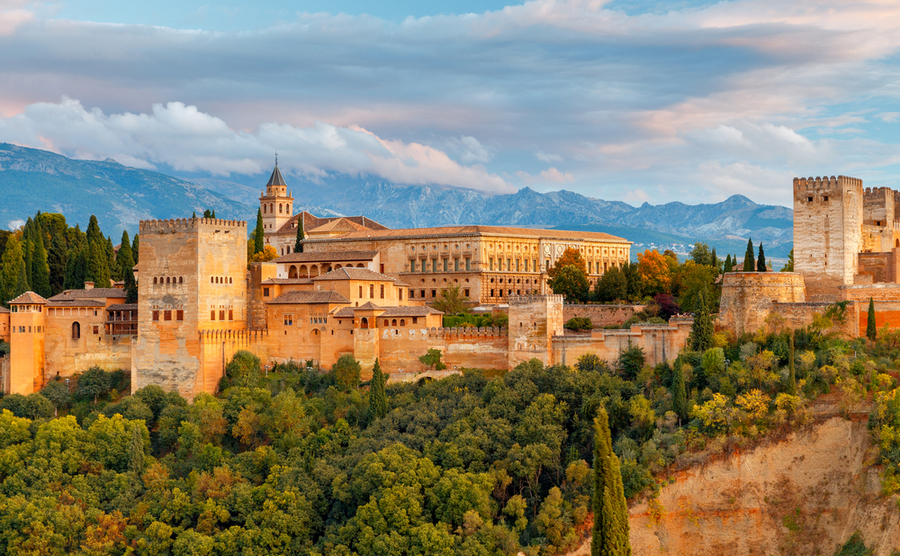 Granada is also remarkably affordable compared to many other Spanish cities. According to Numbeo, you would need around €2,601 per month in Granada to maintain the same standard of life that you can have with €3,600 in Madrid. This includes rent, so if you were to buy a home, your monthly costs would be even lower.

Cádiz is the oldest city in Europe with a beautiful variety of architecture and charm left behind by all those who have been and gone.

It offers property buyers a bit of everything, with traditional Spanish streets, a historic medieval district, lovely beaches and plenty of nature thanks to the Doñana National Park – a UNESCO World Heritage Site – being right on the city’s doorstep. 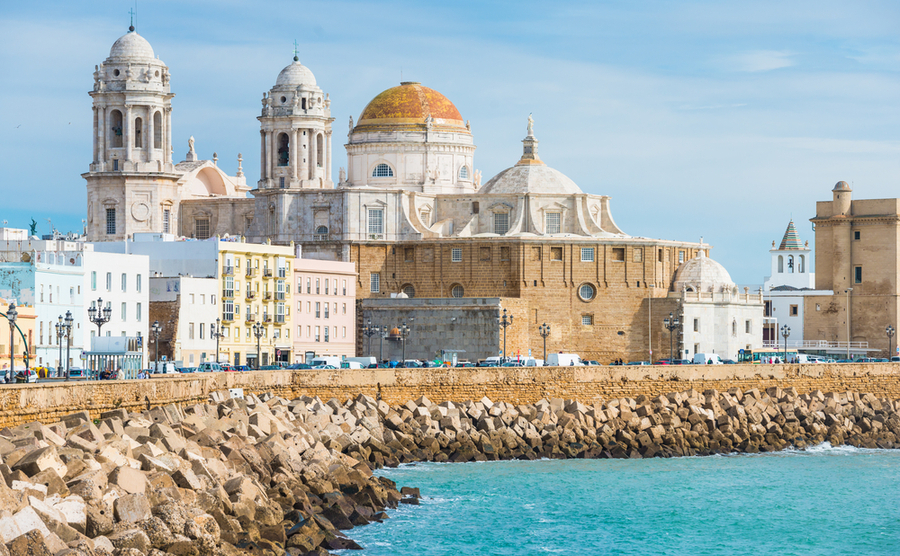 The beautiful port of Cádiz

It is a port city and is almost surrounded by water. Unsurprisingly, then, the city boats some of the best seafood in Andalusia which can be enjoyed at one of the many taverns on the shoreline.

Cádiz is easily accessible; you can be in nearby Seville in just over an hour and Malaga in just over two. There are frequent daily buses if you don’t have a car.

Again, the cost of living in Cádiz is fairly affordable. You would need around €2,812 in Cádiz to maintain the same standard of life that you can have with €3,600 in Madrid if you were renting in both cities. Day-to-day costs are around 16% cheaper in Cádiz than in Madrid and around 3% cheaper than in Granada.

Looking at somewhere slightly smaller now, the gorgeous, whitewashed village of Mojácar is one of the Costa de Almeria’s most-loved destinations.

With 17km of soft, golden sand beaches and a maze of cobble-stoned streets leading up the hilltop, the village presents a truly Spanish experience. There are two distinct areas: Mоjáсаr Pueblo (the Old Town) and Mоjáсаr Playa (the beach). Mоjáсаr Pueblo has been inhabited since the Bronze Age and offers outstanding panoramic views. 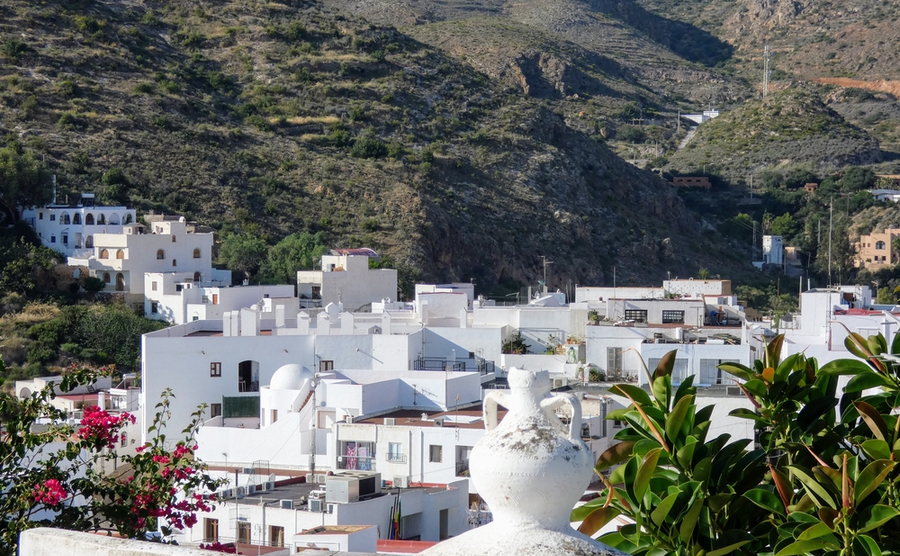 The whitewashed village of Mojácar

For those seeking an active lifestyle, there is an excellent 18-hole golf course nearby, as well as a tennis club and plenty of opportunity for watersports.

Your money should go further in Mojácar too, with average prices around 21% lower than in Madrid.

Nerja is a picturesque coastal town on the eastern tip of the Costa del Sol. It lies around 50km from Málaga city and has some of the most beautiful landscapes in the whole of Spain. So much so, that it has been given the nickname, “the jewel of the Costa del Sol”.

The spectacular mountains and 10 miles of sandy beaches attract visitors from far and wide, however, it is the collection of caves and caverns that are the real standout. They stretch for over five kilometres, and in the summer, are transformed into a concert and festival venue! 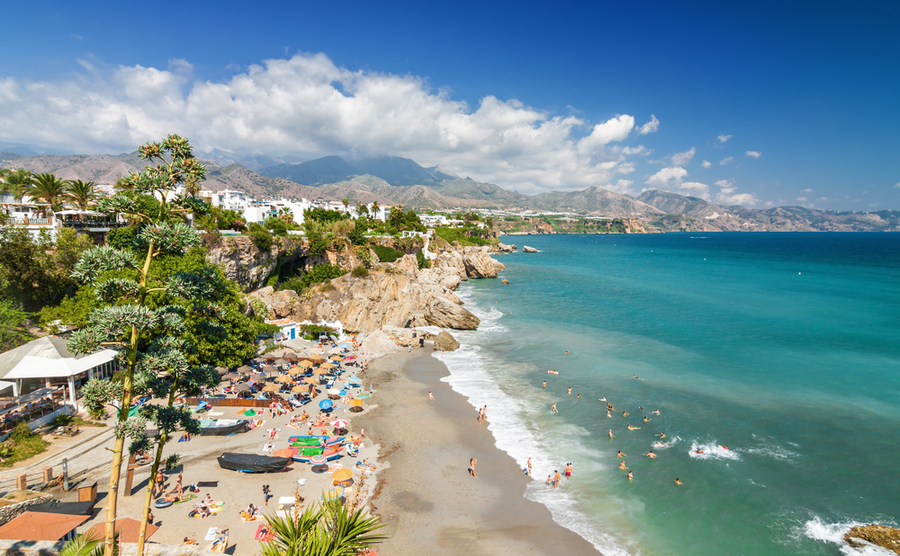 The beaches with their shimmering turquoise waters are perfect for activities like water skiing, scuba diving and sailing, and there are plenty of boutique shops and bars and restaurants serving delicious tapas.

Average property prices are around €3,147 per square metre.

Finally, we head to Ronda, the largest whitewashed town in Andalusia. It is built atop the immense El Tajo gorge, carved out by the meandering Río Guadalevín, and really is a sight to behold.

Ronda is steeped in history with spectacular remnants of its Phoenician, Roman and Arab rule in the historic quarter. The more modern part of the town (by modern we mean post 16th century!) lies north of the course of the river and is connected to the older part by a series of impressive bridges. 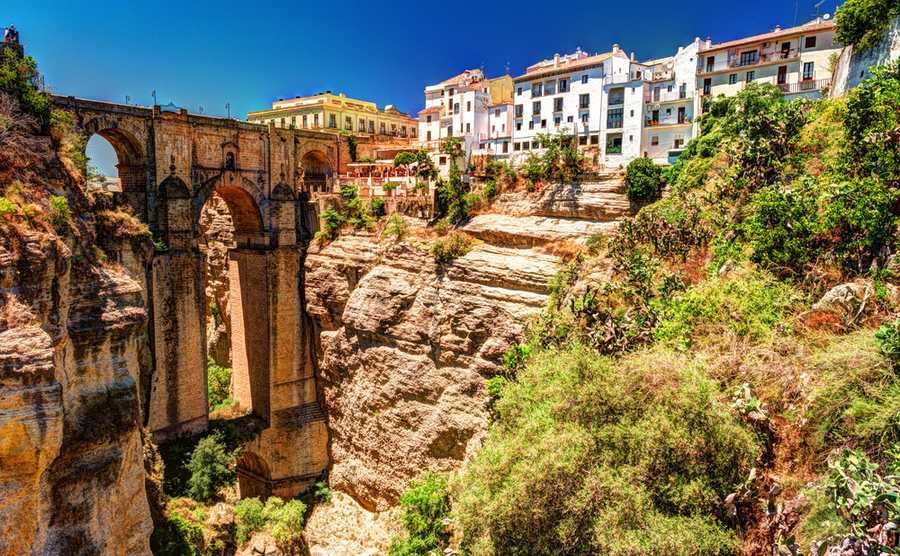 While the town sits in the hills, it is only an hour or so from the breathtaking beaches of the Costa del Sol.

Average property prices are around €1,324 per square metre.