The joys of autumn in Spain

The clocks went back last weekend in Spain as well as in the UK signalling the start of autumn and later, winter, though Spain is still an hour ahead of Britain. In the summer months there is so much to do it’s difficult to choose where to go, what to join, what to see or listen to but after October things tend to quieten down. Restaurants close, music festivals are few and far between and our beaches are less crowded.

So what can we do during these quieter months? Don’t be worried about being bored as autumn and winter are just as enjoyable as the spring and summer in Spain but  perhaps you will have to make a little more effort to find out what’s going on and to get together with friends.

Don’t start your financial planning without reading the advice in your free Currency Guide to Emigration.

Make the most of Spanish winter cuisine

Although many seasonal restaurants will shut their doors until Easter, there are always places open to enjoy a menú del día with friends. At somewhere between €12 and €15, a three-course lunch with wine is really affordable and you can turn it into a friendly get together with your neighbours. As a bonus, at this time of the year you can enjoy some Spain’s heartier meals such as Cocido Madrileño, a delicious stew made with  garbanzo beans, potatoes, chorizo, beef shank and pork belly. The stew’s flavours can be further enhanced with carrots and cabbage. 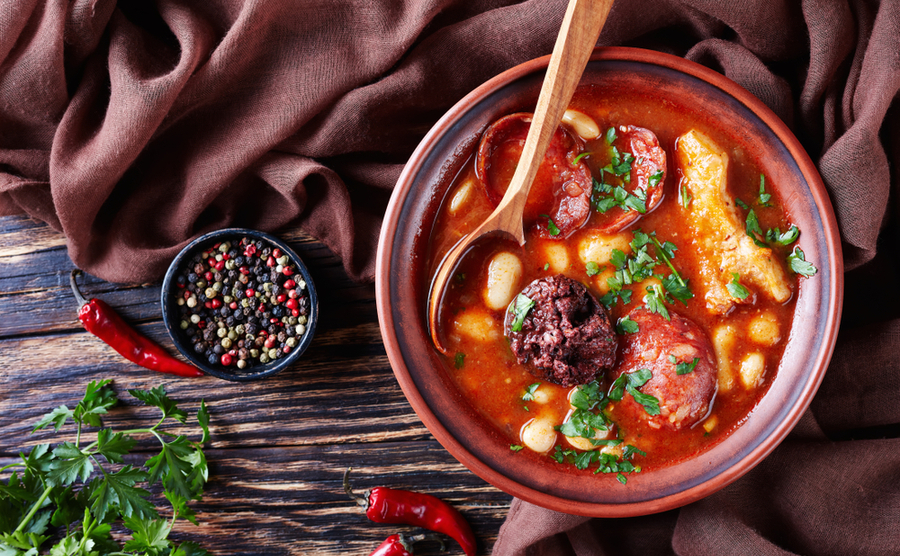 Enjoy a warming fabada asturiana in autumn in Spain.

Alternatively, try Fabada Asturiana, a stew made of white beans, morcilla (blood sausage), chorizo and pork shoulder. Then there is my favourite, Sopa de Ajo, a garlic soup with bread. After the bread has been cut into chunks, it is served soaking in a broth of paprika and garlic and topped with a poached egg. Perfect too for vegetarians. Wherever you are in Spain, each region has its own winter warmers so be adventurous and try your local dish.

Enjoy a caña or two

Bars are open all year unless they are specifically seasonal such as most chiringuitos. Now is the time to join your local community in the bar to watch football matches on one or even two TV screens, drink beer or a gin and tonic and get to know the people in your neighbourhood. You’ll need to try out your Spanish though and that leads me on to……..

Most classes for Spanish and other things start in September but there are often people who drop out, so why not apply to join the class now? If you don’t want Spanish there will be other courses available but they will inevitably be in Spanish or Catalan or Gallego or Basque, depending where you live.

Some expat people also run meetings in English for a variety of subjects – craftwork, photography and epigraphy for example. Check out your local U3A branch or other international associations. If you are into relaxation and mindfulness, Costa Women can help.

Not all festivals end in the summer. In Barcelona for example their Jazz Festival runs from 19 October this year and attracts some international big names. Málaga has music of every type which is wonderful for people who live within striking distance. Use the train if you want to drink. Similarly, Madrid offers an excellent selection of live music right through the winter months.

If you live in a smaller town there is bound to be some live music somewhere not far from you but you’ll need to do some homework to find it. Towns tend to advertise only local gigs, so crawl the web for towns near you to see what’s going on there. Or why not start a Whatsapp group for people in your province so that you will have immediate knowledge of what is available within a few kilometres?

Meet up with friends

Spanish people tend not to entertain at home, except for family, possibly owing to the fact that many apartments or townhouses are quite small. Their usual practice is to meet friends in a bar or restaurant. This doesn’t mean that you shouldn’t invite them to your home however and they will really appreciate the gesture. Often, you will be asked what they should bring, meaning a starter or dessert and you could say “just yourself” but it’s better to think of something like “a tapa” or “some biscuits or chocolate” so that they feel they are participating. This makes the whole thing more personal. In any case, they will usually arrive with some wine or beer. 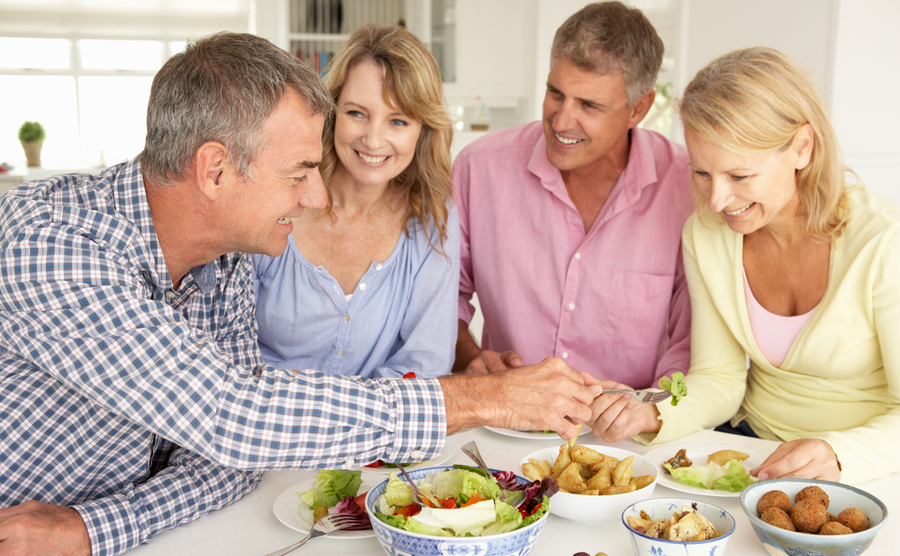 The Spanish tend not to entertain at home, but there’s no reason you can’t!

Why not make something British for them? If it’s not too far away from what they know, the Spanish are usually happy to try new things. Strangely, they love Japanese food; I suspect it’s because sushi is really a tapa for them and they can relate to that.

Autumn is the season for mushrooms and certainly it is time to go into the woods to find them. Better to go with someone who knows and understands them because harmless looking mushrooms can be poisonous. Alternatively, take your collected fungi to a chemist to determine that they are safe to eat. Then make your freshly picked mushroom omelette or just fry them in olive oil with garlic and a little sherry. Very Spanish.

Now that it is cooler, go for walks on country trails or along the coastline. The Camí de Ronda on the Costa Brava is a delightful track that follows the coast and takes you passed the most beautiful hidden coves far below the craggy rocks. Discover your area, aim for somewhere where you can stop for a leisurely lunch or a coffee. The U3A has several walking groups you can join. Find your local branch at https://u3a.international

We have over 10,000 homes for sale in Spain on our property listings. Could your dream home be waiting for you?

A walk in the park is particularly wonderful at this time of year as the leaves are beginning to turn a golden colour while wildlife is preparing for winter. In Retiro Park in Madrid for example, you can watch red squirrels collecting nuts, wander under a canopy of autumn leaves and leave the city somewhere behind you and this is true of most of Spain’s lovely parks.

Just because it is autumn doesn’t mean you can stop enjoying sport, in fact now that the cooler months are here, it is more pleasant than ever to indulge. Cycling, tennis, canoeing, kayaking, golf and a host of other activities are available and even though the days are an hour shorter the joy of Spain is being able to continue to practise almost every sport that you did in the summer. More and more towns in Spain are creating special cycle lanes. Hiking comes into its own here in the autumn so take a drive up into one of Spain’s many mountain ranges to enjoy a day’s hike in natural beauty, away from crowds and noise. Stop at a local restaurant to discover wonderful mountain cuisine and return home refreshed and happy.

Make the most of the cooler weather and explore the great outdoors, like this trio heading to the Mulhacén.

The coast is now quieter after the hectic summer months and it’s the perfect time to head for the beach. Only the brave will actually go swimming but take the family to explore rock pools, playing beach games or go just to read a good book in the autumn sunshine. There’s bound to be a bar open for a coffee or something stronger so why not arrange to meet a friend there before lunch?

With evenings drawing in, it’s the perfect time to get into a good TV series. Movistar, Netflix, HBO, Sky and Amazon Prime are all available in Spain and all show series and films in the original version. However, you can practise your Spanish too by watching some excellent Spanish series with subtitles in either Spanish or English. I would suggest “Casa de Papel” (known as Money Heist in Britain), definitely one of Spain’s great TV series, or the thriller “Elite” set in an upmarket private school. Then there is “Mar de Plástico”, another thriller, well acted and exciting. There are some excellent historical series too in Spanish. Try “Isabella” or “Bólivar”. Most of the TV platforms also have South American movies and series and some of these are worth watching too. All the while, you are improving your Spanish as well as enjoying the show.