With schools out for the half term across much of the UK, let’s take a look at what’s making the news over in Spain as the summer holiday season kicks off.

People living in Ireland can now travel directly to Spain by ferry. Brittany Ferries introduced the service from Cork to Santander on May 6th. There are two ferries a week from Cork on Wednesdays and Fridays, which take around 26 hours.

People living in Ireland can now travel directly to Spain by ferry.

The ferry will be similar to those operating on the Portsmouth and Plymouth routes to Santander and Bilbao. Some of the 120 cabins are large enough for families, while others are pet owner friendly. The ship will accommodate 195 cars and 500 passengers.

Spain: home to the most Blue Flag Beaches

The Foundation for Environmental Education (FEE) has revealed that Spain has topped the list of countries with the most Blue Flag beaches for the 31st year in a row. The Blue Flag jury awards the prestigious Blue Flags to beaches based on four factors: water quality, safety and services, environmental management, and environmental education and information.

Currently, Spain is home to a staggering 590 Blue Flag beaches – 11 more than last year and 71 more than second place Greece.

Valencia (132) is home to the most beaches with this highly sought-after accolade followed by Galicia (109), Catalonia (101) and Andalucía (97). 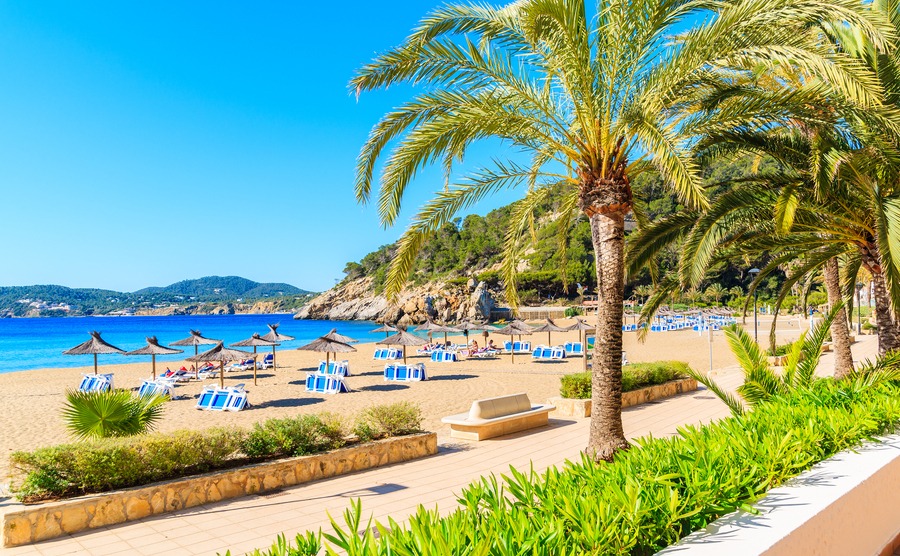 Travel site TripAdvisor recently revealed its list of the top 10 cities in the world for food. Both Madrid and Barcelona featured in the list in fourth and eighth position respectively. A spokesman for the website said “Food tours are the fastest growing experiences category on our site based on traveller spend, which increased by a whopping 61% last year versus 2016.”

Visitor numbers on the rise

A record 13.7 million tourists visited Spain during the first four months of the year. The National Institute of Statistics revealed this represents a rise of 6% compared to the first quarter of 2017. The amount spent by travellers was also up by 7.7%.

A record 13.7 million tourists visited Spain during the first four months of the year.

The Canary Islands was the most popular destination, with British holidaymakers made up the largest portion of the figure, followed by Germans and French.

Despite the increase in property rentals to foreign visitors, yet another region in Spain is cracking down on this sector of the holiday market. Following complaints by locals that tourism is disrupting daily life and preventing them from being able to rent a home long term, Valencia has decided to restrict tourist rentals. Málaga is also looking to the same.

In Valencia, only apartments on the ground floor and first floor can be rented to tourists under new rules. If the entire building contains holiday lets, owners will need to apply for a licence similar to that given to hotels. All rentals will need to be entered into the regional register and income from lets must be declared to the tax authority.

If you are ready to buy a home in Spain, Property Guides will be at Your Overseas Home. It’s a new style of property show, where those serious about buying can get answers to detailed questions and introductions to trusted lawyers, agents and currency providers. Click here to apply for FREE tickets to shows in London and Scotland