Staying connected when you move to Spain

Buying a property and moving to Spain can be daunting if you have never lived abroad before. One way to help you settle into your new life in Spain is, perhaps surprisingly, to stay connected with family and friends. So long as you can avoid Facebook becoming your security blanket, the internet can be your safety net, giving you the coinfidence to go and explore your new world and community. So how do you connect your phone in Spain? Who are the best internet providers in Spain? And how can you still watch British TV in Spain?

Firstly, don’t worry! Spain has a modern and easy-to-access communications network, easily as good as that in the UK. Some 85% of the country is covered for internet connections. There are numerous broadband and mobile phone options, while those who can’t live in Spain without British TV can watch that too.

It’s easy and inexpensive to stay connected with a Spanish mobile phone. 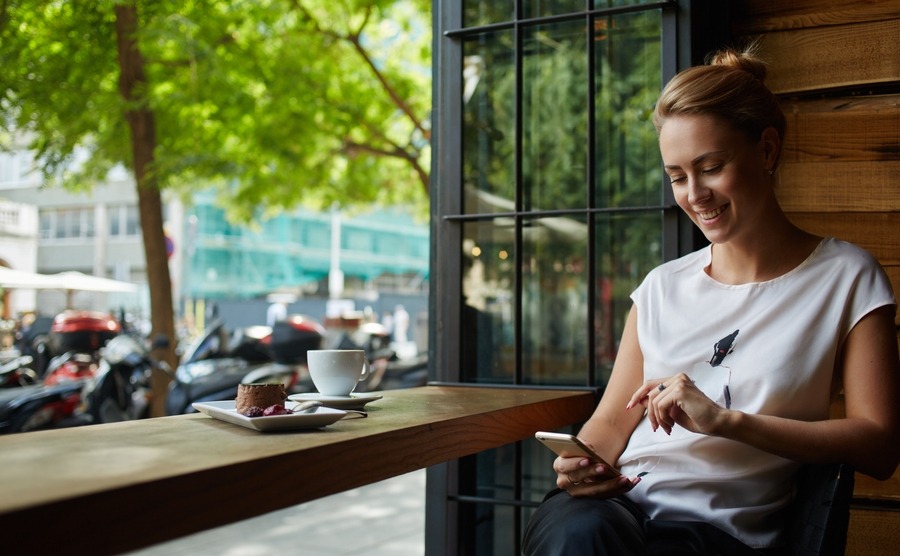 Staying connected in Spain will help you settle in

Connecting your mobile in Spain

What’s the first thing we all do when we’re safely in the airport arrivals hall? Switch on our mobiles, of course, to see what exotically named local company will be serving us.

With mobile phones you can talk/text/email friends and relations just as you can in the UK. Recent directives passed by the EU allow citizens of Europe to use mobile phone services for the same price as in their country of origin. This has greatly reduced roaming charges for travellers and for people who continue to use their British mobile after arriving in Spain.

Will this change after March 2019 when the UK leaves the European Union? Yes, and charges could increase a lot. Not to worry if they do, however, as it is easy and inexpensive to stay connected with a Spanish mobile phone. As in Britain, you can choose to pay-as-you-go or to have a contract with one of several mobile phone companies. The main providers are:

You will find their shops in most Spanish towns and each has its own website. If you just want a mobile phone, however, with no other features such as a fixed phone, internet and/or TV package, you could be better off using one of the smaller providers such as Masmovíl or Happy Movíl. These two use the Orange network. It’s worth checking out coverage as it may not be extensive outside larger towns and cities.

Ready to go? Property Guides will be at Your Overseas Home. It’s a new style of property show, where you can get answers to your detailed questions and be introduced to trusted lawyers, agents and currency providers. Click here to apply for FREE tickets to shows in London and Scotland

The first thing to do is to get a Spanish SIM card. You can probably use your existing mobile phone and go for a SIM-only deal. By law in Spain, each SIM card must be registered so you will have to have an NIE number or your passport or ID card to purchase one. Pay-as-you-go cards cost from €5 upwards.

You can buy prepaid SIM cards in a variety of outlets including the online, at the post office, supermarkets and petrol stations. Costs are reasonable but you are advised to compare prices before you choose.

All the main providers offer different contracts. It can be difficult to know which is really the best as prices and offers change frequently. Last year prices were increased across the board despite customers being told that their charges were fixed. Instead, the companies offered various “extras” such as more Mb for your money or a second SIM card with limited connections.

Movistar is the biggest player in the field and coverage is good throughout Spain and Orange and Vodafone cover most of the country too. Yoigo is best in Madrid, Barcelona and on the Mediterranean coast.

Nowadays you can buy a SIM-only contract without a permanency but if you are also buying a new smartphone, the contract usually runs for 18 months. At this point, you might want to consider buying a fuller package, to include a fixed phone line, internet and TV. The three main providers have several options with packages similar to Sky TV in the UK.

Movistar provides the majority of fixed phone lines in Spain but other companies also offer this service. There are varying reports of the time it takes to get your fixed phone line installed but generally the average is within four or five days. You might have to chase the company if it is taking longer. You should be offered free installation and also a telephone but it is probably better to buy your own phone for a small amount as there will be a monthly charge for the one provided.

Once again Movistar is the biggest company offering internet services. They also own all the telephone lines which they sub-let to other companies. If you want a faster repair service, it’s worth sticking with Movistar despite their price hikes. The largest cable provider is ONO, now owned by Vodafone. Other options include Jazztel, who are good for adsl and fibre optic broadband, Orange and Masmóvil.

Most of Spain is now covered by broadband. However, in some rural and remote regions it isn’t financially viable for the main providers to offer it. In these places, the answer is satellite broadband available through Iberbanda and Eurona.

When you compare prices, you will find that the cost of a telephone line is often not included. This is around €20 a month on top of the broadband price. Despite companies selling you broadband speeds of 50Mb and more, the average speed in Spain is just 10Mb! In larger towns and cities it could be higher. Fibre optic broadband is now available in much of the country and speeds of up to 300Mb are possible.

Many cities now have Wifi Hotspots too. Libraries, town parks, bars and restaurants advertise free Wifi and many town councils offer it in town centres or on the promenade.

Other ways to stay in touch

Skype, Google Hangouts, Viber and Whatsapp are all available in Spain. Whatsapp is the most used app here and is used more often than a phone call. Telegram is gaining popularity too. All of these require a smartphone and all the telecommunications companies sell the major makes such as Samsung, Iphone, Huwei, LG and Motorola. There are independent companies which sell smartphones but you might look at Amazon in Spain for an excellent selection, often at competitive prices.

Spanish television uses a different standard from the UK, so check that your TV is compatible before loading it onto the removal lorry to Spain. Spain has 35 channels, many of which offer the chance to watch British and American films and TV in English. Of course you can easily add Spanish subtitles too, which is a great way to improve your language skills.

Movistar, Vodafone, Jazztel, Orange all have TV packages with various options for streaming services. This summer, Movistar will be including Netflix in its TV services, Vodafone has HBO and all have special sports packs. Now that EU citizens can watch paid TV from their country in any other, British people can enjoy many programmes they have been used to as well as new ones.

Netflix is present in Spain as is HBO, Amazon Video (via Spanish Amazon Prime) and last year Sky TV launched an inexpensive streaming service in Spain called SKY and which costs just €10 a month. Movistar has its own streaming and catch up service called Movistar plus which has a large library of films (many in English) and series. Another company is Rakuten TV which offers films in the original language. Google Play is also accessible as is iTunes, although Apple only allows content from Spain to be shown.

All of these streaming services carry a monthly charge or require you to pay for hiring a film. The average cost is €8 a month, which is reasonable if you are going to use the service frequently. If you already have Netflix UK, you can log in from Spain and watch as if you were in Britain. Similarly, you can watch HBO and Sky UK. Excellent news for those desperate to see the final series of Game of Thrones next year!

The number of options is ever increasing. As people’s viewing habits have changed and fewer people are watching conventional TV at fixed times, so Spain has met the challenge. Tablets, laptops, PCs and smartphones all have the ability to stream films and series and Spain is keeping up with fast-moving technology.

These UK companies do not allow viewers to watch programmes from abroad unlike paid TV. It is possible – though not entirely legal – to watch them via a VPN (Virtual Private Network) which uses a UK internet server. These typically cost €30 – €40 a year. They are also useful for internet security, especially if you go online in airports and other public spaces and you can access TV from many other countries too.

Now that British free-to-view TV requires people to open an account it is not as easy as it once was to access it, even using a VPN. TV Catchup and Rob’s Satellite TV both offer the opportunity to watch free-to-view shows. TV Catchup has advertising and you need to switch off your adblocker to view.