Spain’s ongoing political troubles are far from over and the country could well be facing its third General Election in a year. Acting Prime Minister, Mariano Rajoy, leader of the PP party (Partido Popular) failed to receive enough votes in Parliament to be invested as Prime Minister after last Wednesday’s investiture debate and a second round of voting last Friday.

Why could there be a third election?

In the two elections held, the first on 20th December 2015 and the second on 26th June 2016, no one political party held an overall majority, although the PP had most seats on both occasions. Mr Rajoy has been asked by King Felipe to form a government twice but has been unable to form a coalition both times.

There will be two regional elections in September, in the Basque Country and Galicia.

The socialist party, the PSOE (Partido Socialista Obrero Español) which has the second largest number of seats and is led by Pedro Sanchez has refused to discuss any kind of pact with the PP while Mr Rajoy is the leader. The new party leftist Podemos (We Can) has also ruled out any support for the PP. Only a centre right party, Ciudadanos (Citizens) has made overtures to the two large parties, first to the PSOE after December’s election and more recently to the PP after June’s election.

In fact, the PP had agreed to six demands by Ciudadanos to gain their support and said it is prepared to discuss a further 150 with a view to also bringing in the PSOE into government which would make it a tri-partite coalition.

This now seems unlikely as the PSOE and Podemos voted against Mr Rajoy but neither has suggested an alternative candidate. 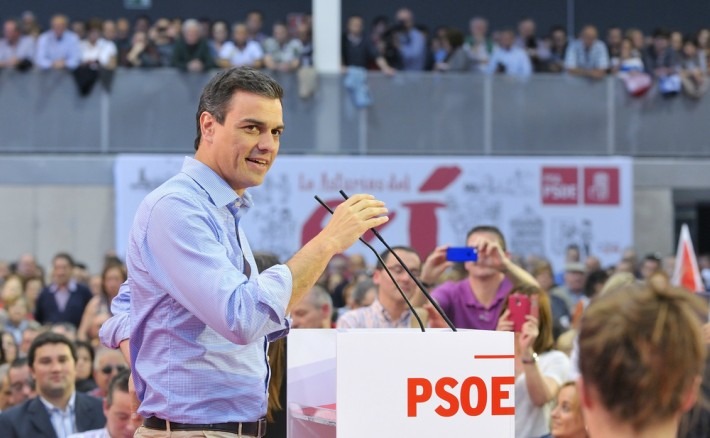 What will the PSOE do now?

It will now fall upon Pedro Sanchez and the PSOE to try again to form a government. They are under a lot of pressure to do so to prevent a third General Election. Leaders of the party’s regional bases are saying that it is time that the PSOE looked again at its position and should debate the idea of forming a government with the PP.

At the investiture debate last Wednesday Mr Sanchez said “We cannot support what we want to change.” However there are noises coming from the grass roots suggesting that they are not in agreement with their leader over forming a coalition with the PP. There will be two regional elections in September, in the Basque Country and Galicia, and if the PSOE fares badly, Mr. Sanchez’s leadership could be under further pressure.

On Saturday Mr Sanchez proposed a pact between the three opposition parties “to put an end to Mr Rajoy as President.”

The autonomous north east region of Catalonia has declared that it will head for independence with or without sanction from Madrid.

Catalonia is a major problem

The autonomous north east region of Catalonia has declared that it will head for independence with or without sanction from Madrid. Both the PP and PSOE are against Catalonia holding a legal referendum on the subject while Podemos is prepared to discuss the idea. Ciudadanos was originally a Catalan political party but is against independence from Spain.

Meanwhile, the Catalan government is preparing to get the region ready for a unilateral declaration of independence if Madrid will not agree to a referendum for its seven million citizens.

When would a third election be held?

As things currently stand, if there is continuing political deadlock, the third election campaign would last for two weeks from 9th December which would make election day on Christmas Day, something everyone would wish to avoid. The two major parties, the PP and PSOE have agreed to support changing the Law, allowing for a shorter campaign period of just seven days and meaning the election would be held a week earlier on 18th December.