The question everyone is asking, both in Spain and abroad, is when will we be able to travel again with the minimum of restrictions? The hospitality industry here is suffering tremendously. The Spanish government has just announced an €11 billion aid package for small businesses in the tourism sector and for bars and restaurants to help them survive before Spain welcomes back tourists.

The hope was that this would happen at Easter, but it is not to be. In fact, further restrictions have been put in place until after the Easter period with the aim of reducing social contact and an increase in Covid cases.

Apart from Madrid, all the autonomous regions have agreed on a basic strategy over Easter. It will mean that families living in different regions won’t be able to get together, and for those who do live in the same region, there will be a strict restriction on the number of people who can get together.

If you’re preparing to come over to Spain to look at properties once travel restarts, make sure you know what to look for by reading our free guide, Your Viewing Trip.

However, the government is pushing for a “vaccine passport” to allow British and other travellers an easy entry into Spain after May 17th, which is when the British government has announced that travel will once again be possible for those who have been vaccinated. On Monday, the government announced that it is suspending the use of the AstraZeneca vaccine until the European Medical Agency (EMA) releases its report regarding blood clots as a side effect. This will no doubt further delay the vaccination programme.

As of 16 March, Covid-19 cases have stabilised in Spain, with 4962 new cases and 141 deaths, considerably lower numbers than in France, Germany and Italy. 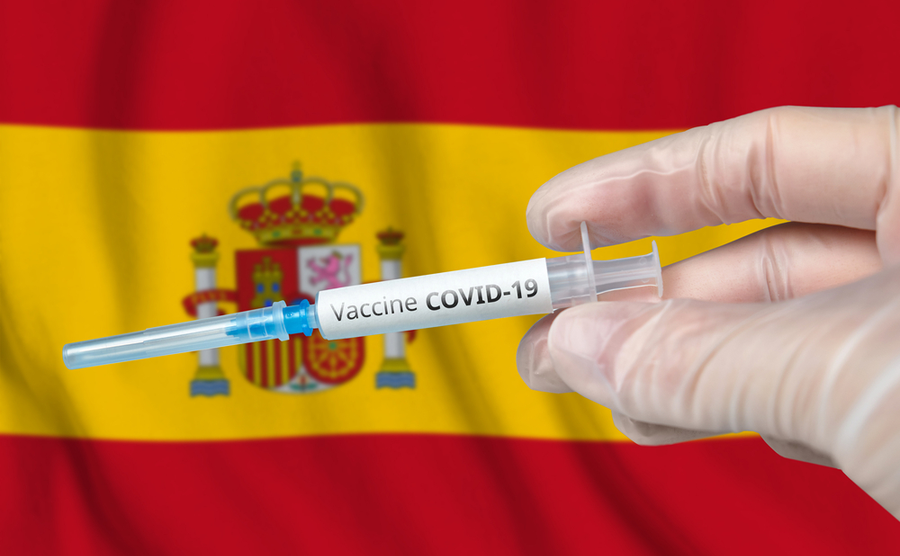 Spain is behind the UK with its vaccination rollout, but more people have had their second dose than in the UK

It must be said that Spain is far behind the UK in its vaccination programme. Originally, the plan was to have 70% of the adult population of Spain vaccinated by the summer. Owing to supply problems and a slow start, this is unlikely to be possible and the government is now aiming for 40% of the population to have had both vaccinations by the summer. The one thing that Spain is ahead of is the percentage of people who have had a second vaccination.

This month, the over 80s will be vaccinated, followed by the over 70s and people with pre-existing medical conditions. Most front line workers, the police, fire service and teachers have already received their first vaccinations and will have the second within 3-4 weeks. Care home staff and residents were amongst the first to receive a vaccine.

In most cases, the regions have slowly begun to ease restrictions for their populations. Spain has not endured a second lockdown as have many other countries, rather each region has imposed its own restrictions on life. There is currently a four tier system based on a regions risk of coronavirus.

One way to save or potentially make money on a Spanish home is to buy an off plan property. Read your FREE Spain Off Plan Guide

From 1 March people have been able to move outside their municipalities at weekends and will be able to travel freely within the region over Easter. As with much of Spain, there is a night curfew from 10pm to 6am but bars and restaurants are open on terraces. Non-essential shops and businesses must close at 6pm. Only visits for assisting others are allowed in people’s homes, but four people can get together outside.

Travellers are welcome if they can produce a negative Covid test result. The same curfew as Valencia is in place and two households can meet on the beaches and in parks.

The island is on level two – bars and restaurants must close at 5pm and can have just 30% of tables available. On terraces this increases to 75% with four people per table inside and six outside. Shops are at 50% of normal capacity and are open until curfew at 10pm. 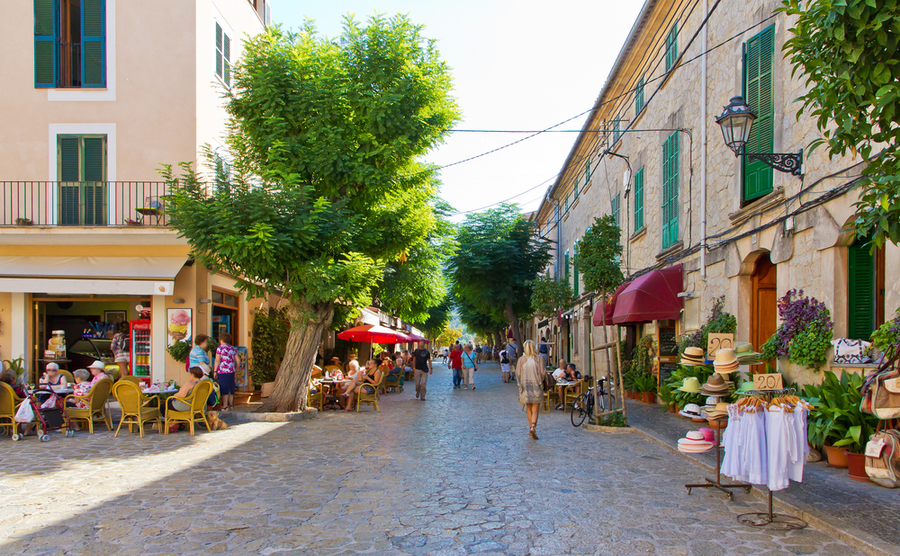 The island is still at the highest danger level of four. Restaurants are only open for take away meals until 10pm but home deliveries can be until 12pm. Large shops that are considered non-essential remain closed, but smaller shops can open until 8pm at 50% capacity. Residents can only socialise with one other person.

There are only two levels in place as the number of infections in the islands are the lowest in Spain.

The islands of La Palma, La Gomera and El Hierro are all on level one with a curfew from midnight to 6am. There are no limits on travelling to the islands and six people may get together socially. Catering establishments are required to close at midnight, open air markets are open and sports can be practised if outside.

The islands of Tenerife, Gran Canaria, Fuerteventura and Lanzarote are all at level two. Travelling to and from them is possible and there is a curfew from 11pm. A maximum of four people can get together socially and bars and restaurants must close at 11pm in time for the curfew. Public transport is working at 50% capacity and all markets and cultural activities are closed.

Bar and restaurant terraces open at 100% capacity but only 30% inside. Only two people from different homes can eat inside, whereas four can outside. There is a curfew from 10pm. Most of the residents in Murcia can move freely within its borders but there are exceptions, so it is wise to check before you travel. 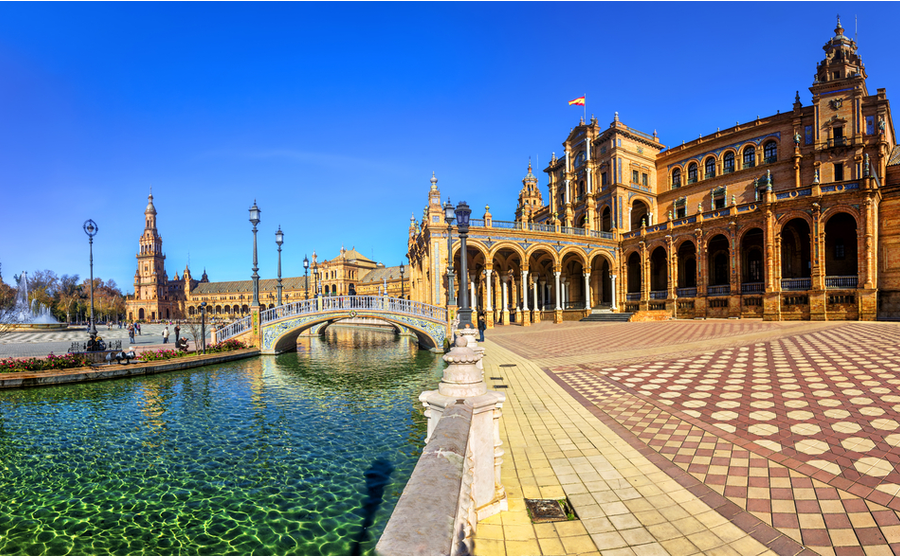 There are strict restrictions in place in larger cities, like Seville

There are strict measures in place for the larger cities (over 100,000 inhabitants) and where infections are high. Since 5 March, travel outside Andalusia is not permitted unless there is a good reason for doing so, and people are required to stay within their province. Catering businesses in zone two can remain open until 9:30pm, whereas in all other areas they must close at 6pm. They may offer a takeaway service until 9:30pm. Four people is the maximum for social activity, whether inside or outside, but over Easter six are allowed. Curfews remain in place but vary by province.

For four months the residents of Catalonia have been unable to travel outside of their county (comarca), but as of Monday 15 March, they will be permitted to do so for some activities, including sport. Bars and restaurants will remain open until 5pm. Large shopping malls and other big stores will open but catering establishments inside will remain closed. The curfew will continue from 10pm to 6am. Six people from two households may socialise and gyms can reopen at 30% capacity.

Madrid’s border will remain open but the other 16 autonomous regions have agreed to keep their borders closed from 26 March to 9 April. Night curfews will remain, either from 11pm to 6am or from 10pm to 6am. Only four people may meet in an enclosed space and six in the open air. In private homes, only those in the same household will be allowed to get together.

Travel to the Balearics and Canary Islands will not be permitted over Easter, except for those returning home, medical reasons, work or caring for those with medical disabilities. You will need to provide a negative Covid test to enter the islands.

Foreign travel is possible into Spain but again, a negative Covid-19 test is required to enter from some countries, including the UK. Once here, you will have to stay within your region and adhere to the restrictions outlined above.

Despite the restrictions, life continues quite pleasantly in most areas of Spain, with the possibility to meet a friend for a coffee or a meal or to go shopping. In some areas, we can still enjoy the local markets, go to the beach, play tennis or golf, to see a film or even to go to an outside music event in a patio of a restaurant.