Find out why Spain is considered one of the Top 10 Property Markets in the world, and what this means for you.

It’s all positive news for the property market in Spain, as we find ourselves halfway through the third quarter of 2016. All indicators show that the Spanish property market is on the rise, with global property executives ranking Spain within the top 10 countries in the world for property investment in 2016. Forecasts into 2017 are also positive, as sales prices are expected to increase, new construction starts rise and investors from around the world take advantage of the undervalued market, still down 40 percent from its pre financial crisis peak. The UK referendum appears to have had little or no effect on the Spanish property market, with British buyers still a large segment of purchasers even after the referendum vote.

All indicators show that the Spanish property market is on the rise.

In June, residential property sales increased 19.4 percent compared to June 2015. The number of sales reached 36,856 which is the highest number of sales since January 2013 and marks five straight months of increased sales. Not only are sales increasing but house prices are on the rise too. The Department of Public works in Spain published data indicating home prices increased 2.4 percent between March 2015 and 2016. House prices have been steadily rising since the end of 2014 and since the beginning of 2016, they have been rising at an increasingly rapid rate. A Spanish bank has forecasted that sales will reach a volume of 470,000 in 2017 and days on the market is expected to drop.

The Spain property market varies depending on location. Coastal areas of Andalucía and Catalonia recorded the most sales in June, followed by Madrid and Valencia. According to one of Spain’s main appraisal companies, home prices in Barcelona, Madrid and Valencia increased 3.6 percent in June while the property price increase in other locations was closer to 1.5 percent. Areas popular with overseas buyers, such as the Canary and Balearic Islands, are seeing price increases of around 8.7 percent since the beginning of the year, around 3 percent for bigger cities, and the Mediterranean Coast is seeing a slight reduction of prices by .8 percent. 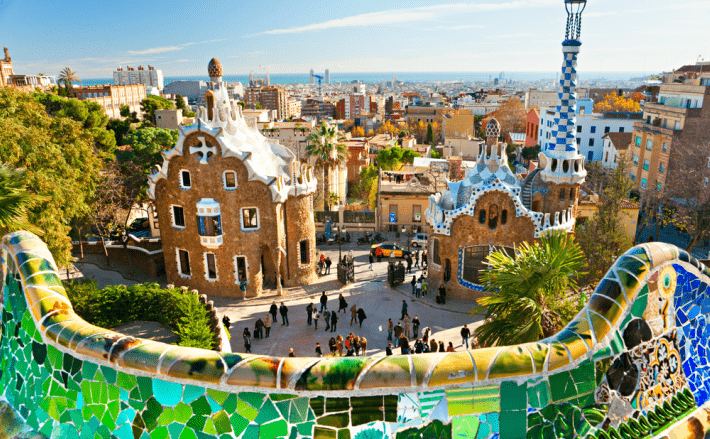 Another strong indicator for the Spanish property market is the increase in new construction projects starting in the country. After eight years in decline, foreign investment is igniting a construction boom, with the number of building permits increasing. A shortage of new property in Spain is another driver for an increase in building licences, and funds spent on residential construction in 2015 were 80 times greater than in 2014.

It appears that Brexit has not stifled the increasingly hot property market in Spain, dismissing initial concerns. Although the weakened pound may be holding some investors off, others are taking advantage of the below peak property prices. Some would be buyers may be waiting until further clarification is made about the rights of Britons in Spain after Brexit, while others are choosing to purchase property regardless, in hopes of establishing residency before a decision is made or obtaining the lucrative ‘golden visa’, which allows investors to claim residency by investing €500,000 or more in Spanish property.

It appears that Brexit has not stifled the increasingly hot property market in Spain, dismissing initial concerns.

Since the Spanish real estate market is positioned as one of the best in the world for investment, even a small downturn in numbers of British buyers is not likely to have much negative impact on the overall market. Low interest rates, undervalued property and a strengthening economic environment make Spain a very attractive market to foreign investors in Britain and abroad.