Where did Spain come in a global list of healthcare systems? Will internet access improve in underpopulated areas? What’s the national threat level? Which team won Spain’s top sports award?

A recent global study published in the The Lancet medical journal has revealed the NHS is among the worst healthcare systems in Europe. Britain ranked down in 30th in the global list of nations assessed in terms of healthcare quality and access. Spain on the other hand came in a very respectable 8th place out of the 195 countries whose death-rate data was analysed by researchers.

While Britain lags behind when it comes to unnecessary deaths from causes with established treatments, Spain, which has a similar health system to the NHS, has invested heavily in specialist care for conditions such tetanus and measles, as well as maternity treatment.

While Britain lags behind when it comes to unnecessary deaths from causes with established treatments, Spain has invested heavily in specialist care.

Help for those unable to get online

The Spanish government is to launch a new “satellite” plan with the aim of helping people who live in areas with no internet coverage, called “blank zones”. A budget of €10 million is to be used to help around 30,000 people currently unable to connect to the internet. They also hope to increase broadband speeds to 30 megabytes.

There are areas of Spain which are very underpopulated and have no mobile phone or internet coverage, as it is too expensive for the telecommunications companies to connect them. These are found mostly in the regions of Aragon, Castilla-La-Mancha and Castilla y Leon. In towns of less than 50,000 inhabitants internet speeds are slow and two thirds of the population cannot get a speed of 30 megabytes. Most of these towns have no fibre optic option. The new plan is set to change things for those affected. For the very first time in Spain’s history, there will be a Minister overseeing the digital agenda. 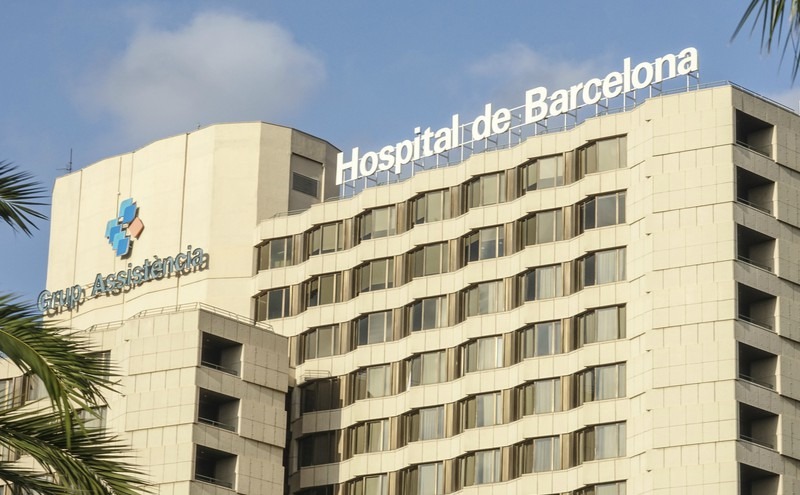 Spanish healthcare is considered among the best in the world. (4kclips / Shutterstock.com)

Spain’s traffic authority, the DTG, are to run more roadside controls to catch drivers under the influence of drink and drugs. This follows a spate of fatal accidents involving cyclists.

They expect to add an extra 130,000 tests, mostly on weekend mornings when roads tend to be extremely busy and cyclists are out. Stronger penalties are to be introduced with higher fines and automatic driving bans for those caught over the legal limit twice within 2 years.

“We have to be conscious that somebody behind the wheel who is under the influence of alcohol and drugs is a deadly weapon,” said the government’s representative in the Valencia region, where 3 cyclists were recently mown down by a drunk woman who had already been banned in 2013.

Following the tragic events in Manchester, Spain’s Ministry of the Interior has decided to keep Spain’s threat level at 4 where it has been since 2015 – this is the 2nd highest level. Police officers will be told to keep “a permanent state of tension” for the duration of large-scale public events, such as concerts and sports matches, and to maintain awareness until the public have left the area.

Movistar, Orange and Yoigo have announced they will no longer apply roaming charges in the European Union (EU) after June 15th – this will include Norway, Iceland and Liechtenstein. The announcement also said it applies to both contract and pay-as-you-go customers. Vodafone’s new policy will include countries outside the EU such as the United States, Turkey and Albania.

It will be almost 90% less expensive to use your Spanish mobile phone while travelling abroad, with the maximum charge dropping from around €50 to just €7.70. This is great news for the customer but will certainly affect the profits of the telecommunications companies who have long been fighting against this EU ruling. Your UK phone should have similar benefits at least until the UK leaves the European Union.

It will be almost 90% less expensive to use your Spanish mobile phone while travelling abroad, with the maximum charge dropping from around €50 to just €7.70.

New Zealand’s all-conquering international rugby team the All Blacks have been awarded the Princess of Asturias Award for Sports. The prize givers, The Princess of Asturias Foundation, said in a statement “Having become an icon of the sport worldwide, the New Zealand team is also considered an example of racial and cultural integration, conveying values of unity, friendship, solidarity and sportsmanship.”

Rugby is becoming more popular in Spain, with the national men’s sevens team competing in the world sevens series with the likes of England and New Zealand. Spain currently has 212 rugby clubs, 15% more than in 2014.