Spain, A country for Sports

Spain is known across the world for their talented footballers and tennis players. But what other sports does Spain have to offer?

If you enjoy sports …participating in rather than watching on TV…then a move to Spain could be for you. There, you can indulge in practically every type of sport. In fact, 2022 has been a golden year for Spanish sports. Recently, at the World Games held in Birmingham, USA, 6 gold medals were won in Karate, Speed Skating, Trampoline Gymnastics and Artistic Roller Skating. A further six silver medals and 7 bronze medals returned to Spain.

In tennis, Spanish players have also excelled. Namely, due to the efforts of Rafael Nadal, winning the French Open which is his 22nd Grand Slam. There’s also the amazing new face, young talented Carlos Alcarez who, at 19 years old, is the youngest ever ATP world number one.

Additionally, there is Carolina Marín, the Queen of Badminton who has just won her 6th consecutive European Championship. The Spanish team has also recently won the FIBA Euro Basketball championships and brought home the gold medal. 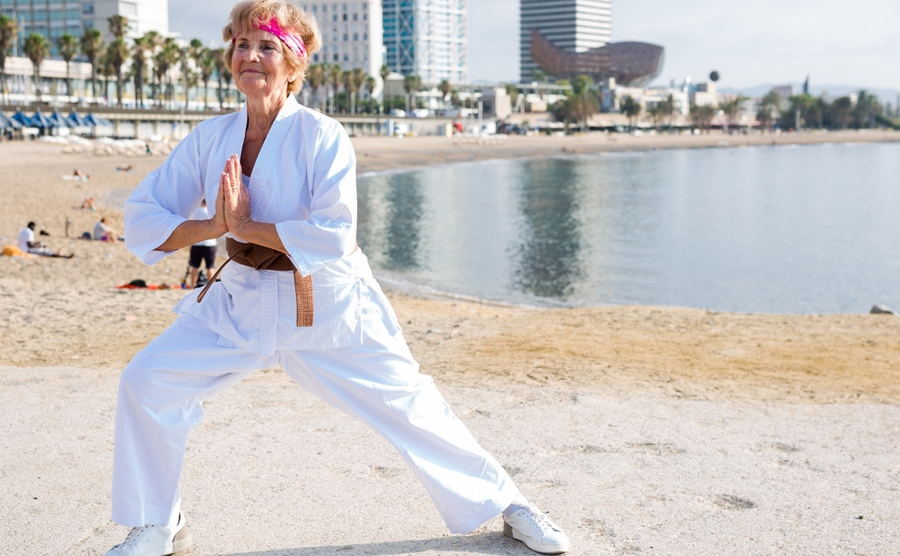 You probably don’t think of karate when you think of sports in Spain.

Although football is the national game, tennis and golf are extremely popular. One doesn’t immediately think of Karate, Speed Skating or Trampoline gymnastics as Spanish sports but they are widely played.

Water sports of all kinds are available, so whether you fancy kayaking or diving, sailing or water skiing, it is all there to be enjoyed. Here are 3 of the best places to live in Spain for sport, though of course, there are numerous other reasons to move here. 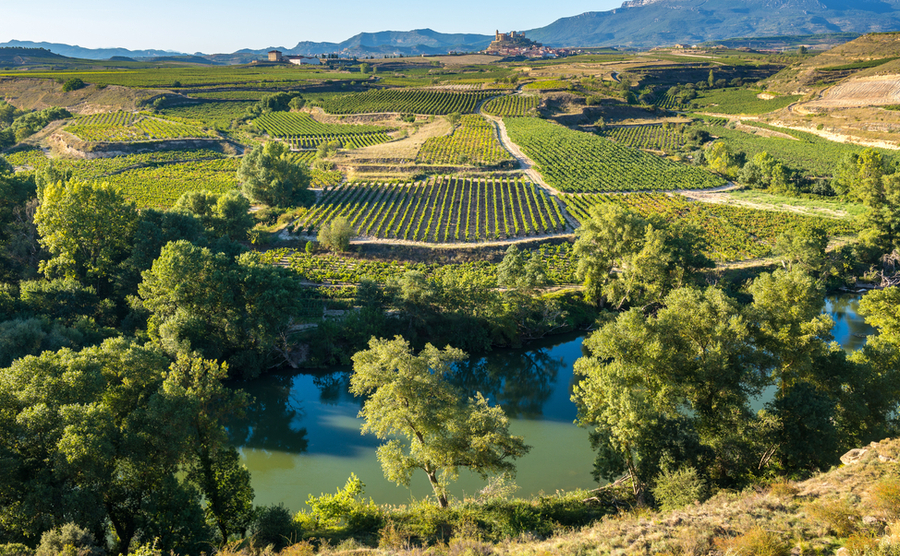 The greenery of La Rioja.

Thought that La Rioja was the place for wine? Well, it is but it is also strong in sports. In 2014, the city was nominated as the European City of Sport, thanks to the excellent quality of its sports facilities. This remains true today and Logroño’s official tourist site calls it “A green city, a healthy city, a living city” citing it is number 6 in Spain for parks per inhabitant. These parks offer venues for all sorts of sport, from family bike rides in the large Ebro Park to padel, fishing, hiking and golf. In fact, there are 3 public golf courses to explore.

One of the things that make Logroño a special place to live is the clean air. Since it is a small city in comparison to Valencia or to Granada, you can walk rather than drive to most places which also contributes to healthy living. There are plenty of children’s playgrounds and even parks for dogs.

The cost of living is lower than in many other parts of the country and the locals are known to be friendly. Then there is the wine! Not forgetting the food. The tapas are famous. The city’s population is roughly 150,000 which makes it big enough to have everything you need and small enough to live in with ease. 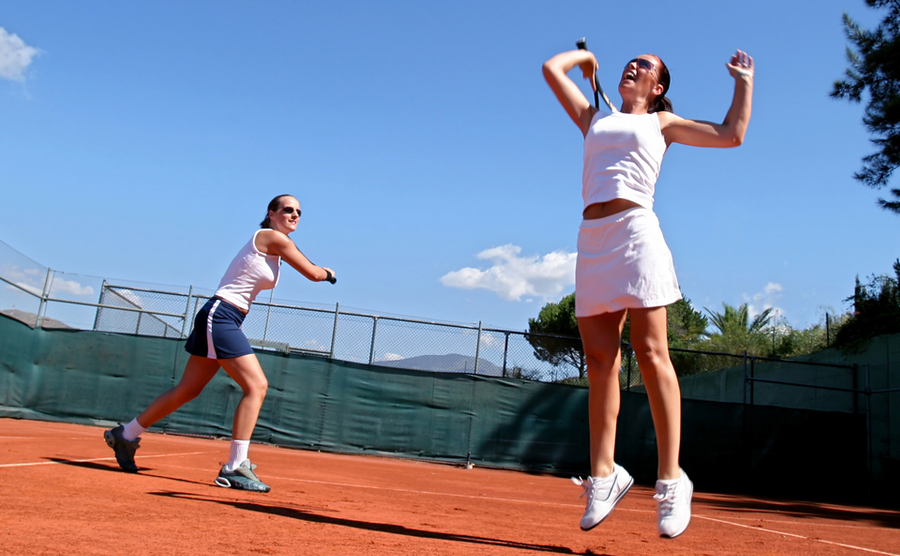 Spain is celebrated for tennis.

Almost the complete opposite of Logroño, both in location and demographics is the Costa del Sol’s mecca for golfers, Marbella. There are actually 18 golf courses within easy reach, and some are considered the best in Spain. This part of the coast is not cheap, and Marbella is something of a jetset destination but there are homes that are affordable. And if you love the sea and golf, really, you have it all here.

Away from the Golden Mile, life in Marbella moves at a normal pace. There is no shortage of smart shops, good restaurants, and a plethora of every type of bar. The old town is quaint but there is limited traffic there, so unless you are fit enough to climb a steep hill daily, you would be better off looking for a home in one of the urbanisations nearby or by the sea and the pretty promenade which has a garden running through the centre.

The golf courses are mostly sophisticated, each with a clubhouse and usually a restaurant and they are security minded as many famous celebrities play there. Green fees vary but are mostly on the higher end of the scale and memberships can be in the tens of thousands of Euro but the standard of the courses is top-notch. 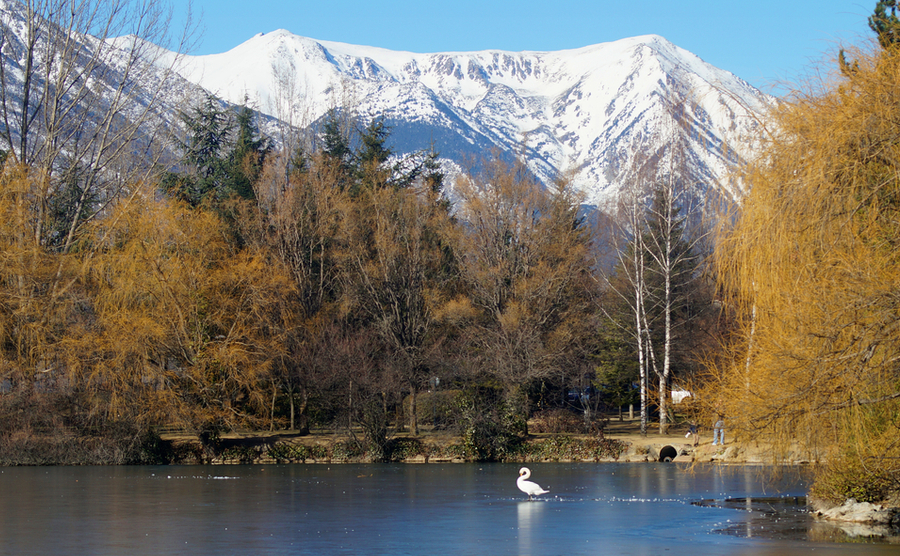 Puigcerdà is best for winter sports.

Spain is known for its mountains. The Pyrenees, which marks the border between Spain and France, are not only beautiful but offer many different types of sports from gentle hiking to running the rapids. Almost at the international border is the Catalan town of Puigcerdà. It is very pretty with buildings of local stone and has a unique ambiance due to its proximity with France.

It is known as a centre for ice hockey since it was the first town to introduce the sport. There is also a lake which is used for water sports. Of course, being high up in the mountains, winter sports are key, so you can enjoy skiing, snowboarding, snow walking and other adventure sports. The town has an impressive sports centre offering a variety of ball sports, volleyball, handball, and football. Padel is popular too and for sports outside there are ziplines, a climbing wall and the considerably more leisurely petanca (boules in France).

Being the capital of the Cerdanya region of Catalonia, the town has all amenities you would expect with a rail service to Barcelona, (approx 3 hours), Vic and other places. The bus takes around 3.5 hours to Girona and its airport. It is a good place to live with clean mountain air, a variety of shops, and restaurants and some excellent bars. France is just a hop away and an ideal place for a day out.