With problems in world markets and tougher laws in Spain, a once booming industry says goodbye to its last cigarette production line.

Anyone who has seen Bizet’s opera Carmen will remember the wonderful scene where Carmen sings Habanera outside the cigarette factory where she worked in Seville. The date is around 1820 and at the time Spain had numerous factories around the country, producing cigarettes – and these continued to do so until the year 2000 when one of the main producers, Altadis, began closing its factories.

This is, of course, good news for the health of the nation.

With a complete ban on smoking in public places, which became law in Spain on 2nd January 2011 alongside higher taxes on tobacco, the Spanish public are smoking less. This is, of course, good news for the health of the nation, and the non-smokers who no longer have to endure a meal surrounded by other diners puffing away – but it has also come at the cost of 6000 or so jobs to date. The economic crisis saw unemployment in Spain rise to over 26% at one stage, and the gradual closing of cigarette factories has contributed to the extremely high number of people out of work.

Official figures show a 45% decline in sales since 2011, not only due to tough legislation but also the rise of illegal contraband cigarettes entering the country, many finding their way through Gibraltar. This is one bone of contention between Spain and the Britain as cigarettes on the Rock cost about half of the price in Spain, and the Spanish Guardia Civil spend much of their time preventing such cigarettes reaching the market. 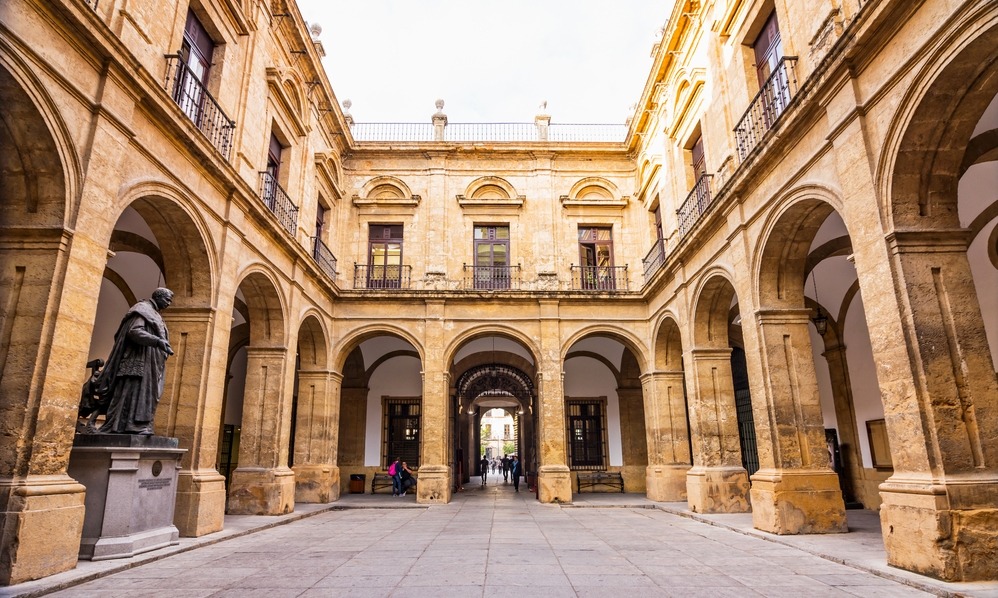 Another reason for the fall in cigarette sales is the ongoing conflict in the Middle East which was a major market for Spanish cigarette exports. Consequently, the production of the one remaining factory in Logroño in Rioja has been cut by 42% over 5 years. This factory will close on 30th June with a loss of a further 471 jobs. The company still retains its cigar factory in Santander.

Tobacco was brought to Spain from the Americas where the native peoples used it. The word “tobacco” is an American Indian word for the pipe which they used to smoke rolled or chopped leaves from the tobacco plant. Its popularity in Spain increased with imports from the colonies. Later, in the 1900s, tobacco chewing was the order of the day and then sniffing it as snuff became even more popular. Cigarettes as we know them did not appear until the 1880s when a cigarette making machine was invented in the United States.

For the non-smokers of Spain there is still the problem of inhaling smoke from cigarettes outside bars and restaurants where it is still permitted.

Spaniards still smoke too much

There is concern, however, that Spanish people continue to smoke, particularly young women. Dr Rosario García Campelo, a cancer specialist and member of SEOM, the Spanish Society for Medical Oncology said recently “Smoking rates among young people in our country, and particularly among females, are very worrying.”

For the non-smokers of Spain there is still the problem of inhaling smoke from cigarettes outside bars and restaurants where it is still permitted. Many bars have erected removable transparent plastic “tents” so that their customers may smoke when there is bad weather. In the summer of course both locals and tourists will be smoking on the outside terraces. Despite this, the Spanish are smoking less than they did a few years’ ago.

Tobacconists began selling electronic cigarettes but this market has crashed mainly due to heavy campaigning by pharmaceutical companies – who produce nicotine gum and patches – and health authorities, including the World Health Organisation, advising against their use.