Five years following the referendum and six months after the end of the transition period, what has changed for Brits living in Spain?

In June 2016 the United Kingdom voted to leave the European Union and to go it alone. Four and a half years later, until 31 December 2020, little had changed for British people in Spain. They could still enter Spain via the EU customs channel. Postage was still a simple transaction. Second homeowners could come and go. Many, in fact, stayed far beyond the period they were allowed to before registering in Spain, remaining “under the radar”.

Then on 1 January everything changed. Strangely, it still seemed to come as a surprise to many British people. Some had been lackadaisical about ensuring they had the right paperwork. Those with “holiday homes” found there were limits on how long they were allowed to live in them without claiming Spanish residency. 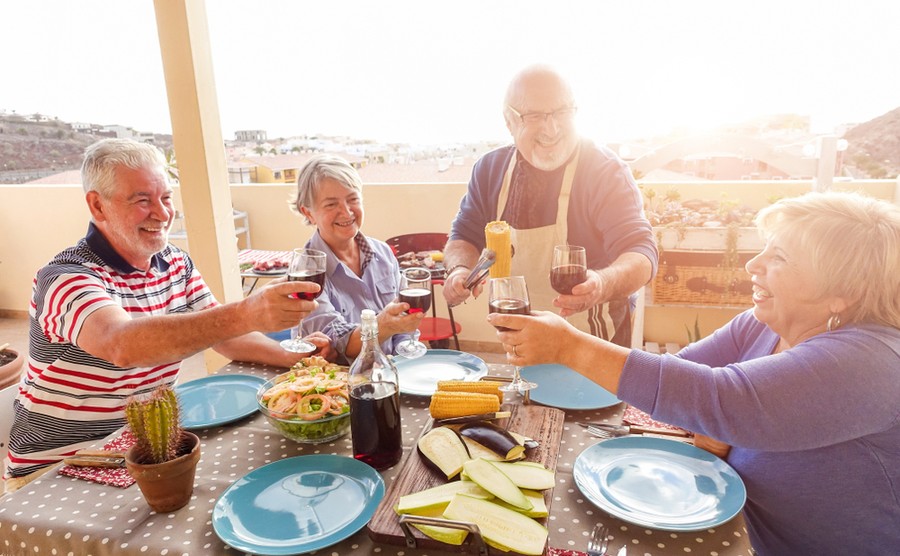 A new life in Spain

It was always the rule that if you live in a EU country for more than 90 days you needed to apply to be a resident of that country, and that after 183 days you should pay tax there.

Those who lived there prior to 31 December could automatically remain a resident and apply for the new electronic residency card (TIE).

Things have changed for anyone applying after the 2020 date. Now there is a lot more paperwork, you will have to prove you can support yourself and your family financially and pay for private healthcare.

There are several types of visa that you can apply for which will allow you to stay permanently in Spain but each has its own rules, so you will need the help of a lawyer or gestor.

Inevitably, this involves more form filling and backup documents but do remember that people from other countries such as the USA, Australia, Russia, South Africa and so on, have had to do this, so it’s not an impossible task.

Whereas before Brexit you could come and go from Spain as long and often as you liked, the end of “Freedom of Movement” means you are allowed to spend only 90 days out of every 180 in the country. This applies to second-homeowners as well as tourists.

You should take out full travel insurance for each trip, so best to take out an annual policy. The health service will continue to provide free emergency care if you have a GHIC (the replacement for the EHIC).

It is likely that your passport will be stamped when you enter and leave an EU country to show the dates of your arrival and departure. Remember, it is 90 days in all 27 member states, not 90 in France, then 90 in Spain…. If you are a legal resident, you should not have your passport stamped but make sure you carry your residency card (green old style or new TIE).

British people arriving in Spain must now go to the non-EU passport control desks. This might be a slower process than before, as they have to check that you have all the necessary documents and will be stamping passports. This, incidentally, is not “special treatment” for British people; it applies to all non-Schengen arrivals from around the world.

The British in post-Brexit Spain

Speaking personally, I haven’t found life to be very different now that Britain is no longer part of the EU. The Spanish tend to feel sorry for us and wonder why on earth we chose to leave.

They were worried that we long-term residents would have many difficulties but that has not proven to be the case. Retirees still receive the UK pension in full and free healthcare, while working people still have their jobs and are covered by social security.

The Spanish tend to feel sorry for us and wonder why on earth we chose to leave.

For newcomers here, it will be a more complicated process but nevertheless thousands of people are successfully negotiating the various stages. Some regions are better prepared for British arrivals than others.

In Catalonia, where I live, transferring to the new electronic residency card (TIE) was simple and involved just two visits to the Comisaria (police station dealing with Brexit). One visit to apply and the second to receive the card.

In other parts of the country it has been difficult to get appointments but the British Embassy has been in touch with the Spanish authorities and it appears that now it is easier to start the process. Also, Help the Aged in Spain has been assisting people to apply for residency, mainly with explaining the process and helping with form-filling.

The British Embassy has been hosting question and answer programmes online which help to put minds to rest. Residents who speak Spanish seem to be less concerned than those who don’t. Not having a knowledge of the language can make people feel vulnerable.

If you’re planning your retirement to Spain and want to speak to a Spanish visa specialist, just click here, fill in the form and I’ll put you in touch.

The same goes for exchanging driving licences. As a resident you are required to have a Spanish licence. The good news here is that for people who haven’t yet been able to exchange their British licence for a Spanish one, the period to do so has been extended to 31 October 2021. After that, you will have to take a driving test in Spain.

Overall, the Spanish are “missing” the British. Many bars and restaurants in the most popular resorts are British owned and they particularly need a British clientele but Spanish owned businesses also rely on British input. Second home owners really do make a difference to the local economy.

Returning to the UK

Some people, however, have felt they needed to return to Britain. Whether it was to be for health reasons, worries about Brexit or to be closer to family, they have reluctantly sold up and moved back. At the same time, younger people are moving out to Spain, wanting a better lifestyle for themselves and their children.

An interesting view of what is happening in British communities is reflected by the membership of the international association U3A (University of the Third Age). There are several branches in Spain, on the Costas and in the major cities. The membership is mostly British and some have recently returned to the UK but new members are appearing, generally younger than those who have left but with more applications from other nationalities.

Some recent statistics from the Spanish government’s Ministerio Inclusión Seguridad Social Migraciones shows that the British remain the third largest group of foreign nationals in the country (after Romanians and Moroccans), and so the largest contingent of northern Europeans.

There is no recent data about the number of British leaving Spain and the number arriving, June 2020 is the last published report and that is one year out of date. What is interesting though, is that as of 31 December last year, 381,448 British people had full residency in Spain. The numbers are climbing as others are waiting to receive their document and yet more are applying as newly settled.

Just as happened when Europeans had to make themselves official in the UK by claiming “settled status”, it turned out there were many more than originally believed by the authorities.