The property market in Spain saw an improvement at the end of 2015, although this was patchy, with some areas faring better than others. Since the beginning of 2016, the market has had ups and downs, with a drop in sales in January, but a rebound in February, and a very strong comeback in Madrid and Barcelona with high end property selling well.

Increase in sales overall
Spanish notaries report that there has been an increase in sales of 17% during February, compared to the previous year. This comes after a slight decline in January and March, which looks as though it will follow February’s trend.

Spanish notaries report that there has been an increase in sales of 17% during February, compared to the previous year.

The general opinion is that the market has finally bottomed out and the extremely low prices seen during 2013 and 2014 are unlikely to be repeated, with a steady growth in property sales forecast for this year.

Sales up in the most popular areas
As you might expect, most areas sought after by foreign property buyers have seen the largest climb in sales, in particular, in Mallorca, Menorca, Alicante, Murcia, the Canary Islands and the Costa Brava. The Costa del Sol and other areas of Andalusia however experienced lower sales than elsewhere. 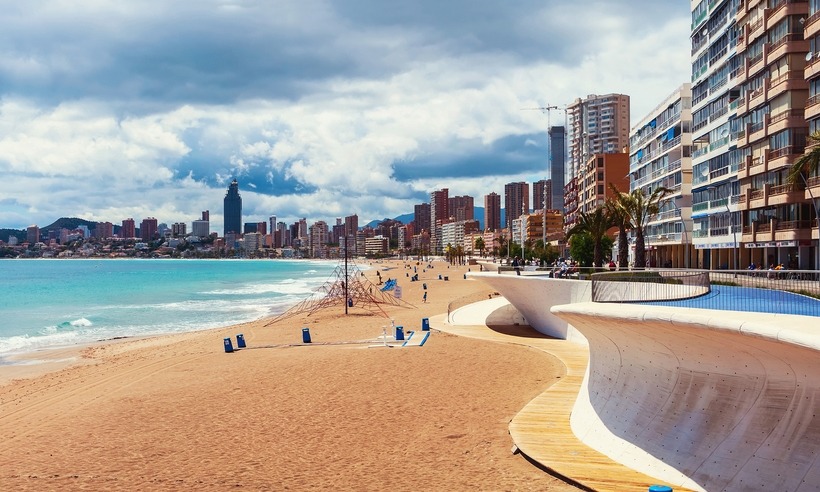 This doesn’t mean that demand in the South is falling off, but there has been a stronger than expected increase in sales in other areas. The province of Girona, home to the Costa Brava, suffered badly during the economic crisis, but rebounded, with a 13% growth in sales during February.

Property professionals forecast growth
The news coming from those working in the Spanish property industry is positive. Recently a report by international property consultants CBRE suggests there could be a 20% increase in volume of sales with house prices gaining 5% overall in 2016.

Applications for licences to build are up too, and new homes are selling, so reducing the housing stock. Málaga, Valencia and Bilbao are expected to lead the way in 2016, with sales remaining very strong in Spain’s two major cities, Madrid and Barcelona.

Applications for licences to build are up. Málaga, Valencia and Bilbao are expected to lead the way in 2016.

Is it a good time to buy?
With all signs pointing to increasing sales and rising prices, Spain still offers excellent opportunities for the property buyer in 2016. Despite a more buoyant market, prices are low compared to those before the crisis, and some areas are hovering at about 40% less than in 2008. With increasing demand though, sellers are less willing to let their properties go for ridiculously low amounts, which of course is another sign that the market is set to see price increases rather than reductions this year.

The general picture remains one of a growing property market but with regional variations. The exchange rate is not in sterling’s favour at present, but that doesn’t seem to be putting off buyers – and neither does the forthcoming EU referendum, as people realise that it is still a good time to buy their home in the sun in Spain.