Schools in Spain for British kids: the essential guide

What kind of schools are there in Spain? Are lessons always taught in Spanish? Can my child take GCSEs and A level? We take an in-depth look at what is on offer, including five of the best international schools.

Mixing as they will with Spanish kids, your child will quickly learn to speak Spanish

In Spain parents can legally school children at home. It wasn’t always possible, and parents were taken to court. The problem was that some expatriate children who were struggling to cope with learning Spanish were playing truant. Their parents claimed they were being home-schooled to avoid prosecution. Now, a growing trend for educational freedom has grown into a lively home-schooling community, supported by the Spanish Constitution which guarantees parents the right to give their children the education that “agrees with their convictions.” You can read more about it at the website Education Libre.

For the vast majority who do intend sending their kids to school, parents have four main types of school to choose from:

Children go to school from the age of six until they reach 16, through primary school and secondary school. After that, pupils can elect to join a higher level of education (bachillerato), go on to university, receive vocational training or leave the education system. 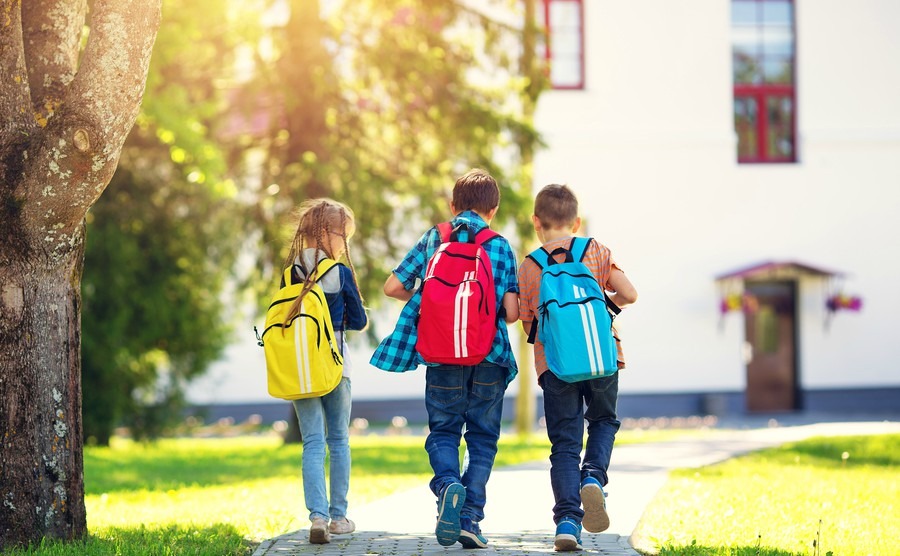 A school place in the sun

For families who will be spending a long time in Spain, and especially those with young children, a local school is often the best choice. Mixing as they will with Spanish kids, your child should quickly learn to speak Spanish (or Catalan in Catalonia, Basque in the Basque Country, Galician or Valencian) and will integrate easily. If it is at all possible to learn some Spanish before you arrive, your child and you will be able to communicate with teachers and other parents. You cannot expect them to speak English, though of course, some will. Parents learning Spanish will be a great help in assisting children with homework too.

It may be more problematic for older children to settle down in a Spanish-speaking school with a different curriculum. To help with this, many schools now offer Spanish-English bilingual projects and some will provide extra lessons in Spanish (Catalan or Basque) to help a new pupil from another country.

Already convinced? If you’re ready to buy a home in Spain, Property Guides will be at Your Overseas Home, where those serious about buying can get answers to detailed questions from trusted lawyers, agents and currency providers. Click here to apply for FREE tickets to shows this autumn and throughout 2018.

In state schools class sizes tend to be quite large, up to 30 children. Most schools don’t provide extra-curricular activities such as music, drama and sport. These are provided by local clubs which are formed by parents themselves.

NOTE: In Spain state schools are known as “public schools,” not to be confused with the British public school which is in fact a private school.

The majority of private schools are subsidised by the state and are called colegios concertados. They have the same curriculum as state schools and subjects are generally taught in Spanish. Most are Catholic schools and some have provision for boarders.

Because of the subsidies, these schools are cheaper than private independent schools, colegios privados. Generally they have better facilities than state schools and offer a wider range of academic subjects. Some have extra-curricular activities.

International schools teach subjects in English and some take children from nursery school right up to university level, while others concentrate on primary and secondary education

Spain has many entirely independent private schools which include international schools and bilingual schools. These are fee paying. International schools teach subjects in English and some take children from nursery school right up to university level, while others concentrate on primary and secondary education. Many use the English education system with GCSEs and A Levels. Each country’s embassy in Spain is required to approve schools using that country’s education system.

Other private bilingual and international schools are partly funded by the state. These follow the Spanish state education system up to bachillerato level and classes are held in both Spanish and English. A substantial minority of pupils are Spanish as their parents want to give them the best chance of a job later in life and being bilingual is definitely an advantage. Equally for a British child to be bilingual will give him or her an excellent chance of finding employment.

For further information: contact the National Association of British Schools in Spain (NABSS), www.nabss.org and the British Council in Spain www.britishcouncil.es

The winner was Montserrat in Barcelona, with a rating of 96%. The 1,000 pupils run from kindergarten aged three, all the way to the Baccalaureate aged 18.

In second place, San Patricio School in Madrid has over 2,000 pupils (of all religions), and over 200 teachers. Prices vary from €670 per month to €1,160. The school offers bilingual teaching and the Cambridge language testing. El Mundo also scored it 96%.

Despite the name, the 1,052 pupils at Colegio Heidelberg, in Gran Canaria, can be taught in English. There is every chance they will end up tri-lingual however. Prices are around the €470 to €550 mark. The school scored 91%, the highest in the Canary Islands.

The highest ranked international school in Andalusia was El Centro Ingles, with 89%. Kids can start at age two and stay until 18. There are just under 800 pupils paying between €350 and €525.

The highest ranked international school in the Balearics was San Cayetano , with 86%. The 1,750 pupils here are taught in English and Spanish with annual prices from €375 to €450 per month.

So you know the schools are good in Spain, but what about the healthcare? Read our brand new guide, Healthcare Abroad 2018