Possible third election in Spain on the horizon

With political uncertainty in Spain, a third election in under a year may be necessary to finally decide on a government.

The political environment in Spain has been in limbo since the December 2015 elections which failed to produce a new government. Since then, leader of the People’s Party (PP) Mariano Rajoy, the largest party in Congress, has remained in office in a caretaker capacity. A second election in June saw the PP claim more seats, but still not enough to form a majority government (137 out of 176) – and the party is at a stalemate with other political parties over the possibility of forming a coalition government. A third election in less than a year may be on the horizon as the King of Spain urged Rajoy to try his best to form a new government.

The political environment in Spain has been in limbo since the December 2015 elections which failed to produce a new government.

Due to corruption issues and an uneven recovery from the recession, opposition leaders are refusing a coalition government or an abstention vote. The second largest party, the Spanish Socialist Workers’ Party (PSOE), led by Pedro Sanchez, has reiterated after several meetings with Rajoy that the Socialists would not form a coalition government with the PP, and would vote against a People’s Party led administration if it came to a parliamentary confidence vote. Other minority parties, including the Ciudadanos, will also not consider forming a coalition. A Ciudadanos spokesperson stated, “we aren’t going to support any government of Mariano Rajoy’s”. 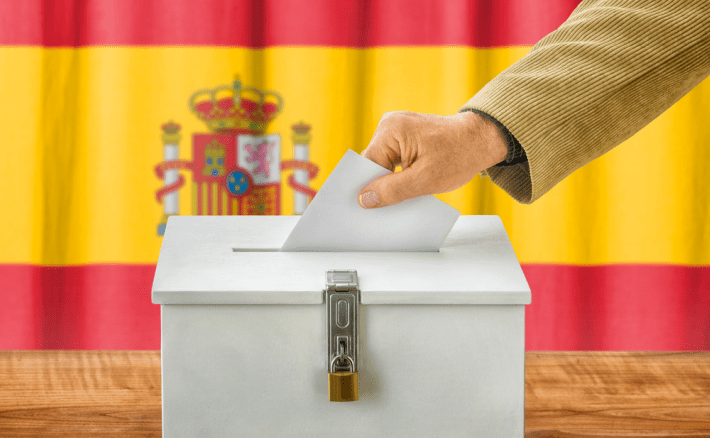 Like the UK, Spain is considered a parliamentary monarchy; the monarch is head of state, and the prime minister is the head of government.

Like the UK, Spain is considered a parliamentary monarchy; the monarch is head of state, and the prime minister is the head of government. Since the early 1990s there have been two predominant parties in Spanish politics, the PSOE and the PP. The PSOE, a social-democratic centre-left political party has evolved from Marxism to social-democracy and governed Spain from 1982 to 1996, then again from 2004 to 2011. The PP, a conservative centre-right party, governed Spain from 1996 to 2004 and 2011 to 2015. Since Spain has been a democracy there has never been a Coalition Government and whenever a majority has failed to be obtained, a minority government has prevailed.

Since the December 2015 election where Rajoy and the PP failed to obtain majority, there has been a stalemate with other parties. After eight months of limbo there appear to be two plausible scenarios; if the Socialists and Ciudadanos abstain, the PP could form a minority government or, if the PP form an alliance with Ciudadanos and two small regional parties, a coalition majority government could be formed. After several failed talks, a deadlock between the PP and PSOE appears impossible to overcome. PSOE Leader Pedro Sanchez has told the media that his party is not obliged to agree with the demands of the right-winged PP, “if no one agrees with Rajoy, that’s his problem and his responsibility, I say to him and the right-wing parties that it’s up to them to reach an agreement, but the leftists will not support them.”

“Since the December 2015 election where Rajoy and the PP failed to obtain majority there has been a stalemate with other parties.”

After the latest inconclusive election Rajoy has stressed the urgency to form a new government as issues like the budget and unemployment need to be dealt with. Despite Rajoy’s willingness and urgency the other political parties are showing no support towards Rajoy and the PP. A third election may be on the horizon so Spain can cast their votes for a third time on which political party should govern. In the meantime, there is more political uncertainty for Spain.