Paying tax in the sun

Even if you only spend a short time in Spain, but own a property there, you will need to fill in a tax return. Here’s an overview of the Spanish tax system for British buyers.

Tax returns in Spain must be presented by the end of June, so for those already there, now is the time to make our declaration and send it to the Tax Authority (Agencia Tributaria). For British people who live in Spain or for those who own property in Spain, it may be easier to get the help of a gestor – a person who deals with administrative matters and tax returns.

Since Spanish bureaucracy can be a minefield. For locals and foreigners, the first port of call is a gestoria (agency), often saving save you time and a lot of money. Much of their work is similar to that of an accountant (contable) or solicitor (abogado) but you should be aware that gestores are essentially well-connected, unlicensed clerks who know their way around the Spanish system. For this reason choose carefully, as you would a lawyer.

If you are a non-resident you must declare any income earned in Spain, including income from rental properties.

Who must file a tax return in Spain?

Proceeds from the taxes are divided between the Spanish state and the 12 autonomous regions. The regions apply their own rates and liabilities. In Spain the tax year runs from 1st January to 31st December. 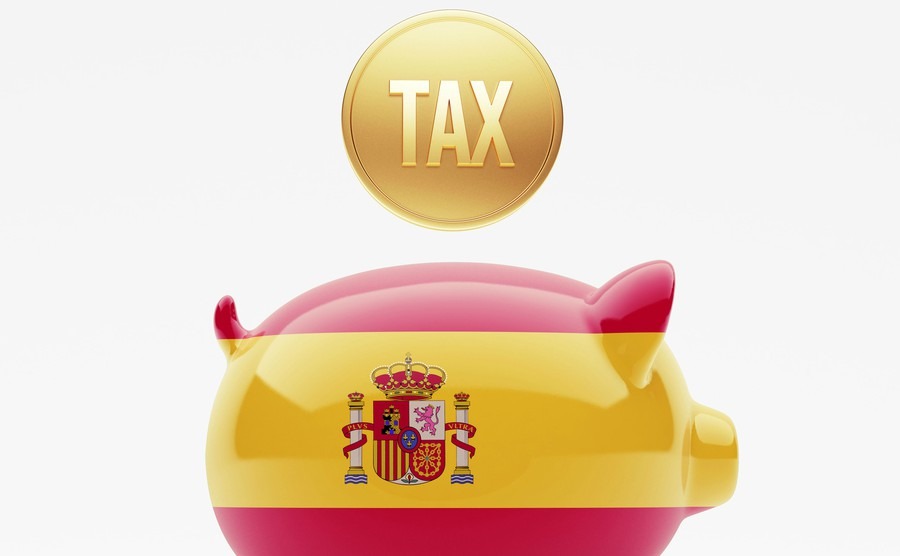 Residents must present a tax return on their income and also include their worldwide assets. In Spain you will pay tax based on a progressive scale, providing you fall into one or more of the following categories:

There is Dual Taxation Treaty between the UK and Spain, so you will only be required to pay these taxes in one country.

Residents are required to declare their worldwide assets of more than €50,000 and will pay tax on what is left after deductions for pensions, personal allowance, social security contributions and professional costs such as maintenance of rental properties.

To find out how Brexit might impact purchasing property in Spain, download our guide to living in Spain after Brexit.

What will non-residents have to pay?

If you are a non-resident you must declare any income earned in Spain, including income from rental properties. However, you must fill out a tax return even if you own property and don’t rent it out. You will have to pay “imputed” income tax on your property and of course the local property taxes.

There is Dual Taxation Treaty between the UK and Spain, so you will only be required to pay these taxes in one country.

How do I register for tax in Spain?

You will need to go to the Agencia Tributaria, which is the tax authority in Spain. As always, you will have to take the relevant paperwork and your NIE card, which you will apply for when you purchase a property – this is in fact your Tax Number obtained from the oficina de extranjeros (foreigners’ office). If you are paying for the first time as a resident or non-resident you must ask for Modelo 30 which declares your obligation to pay tax. You also use this form if you need to change your details such as address, marital status, etc.

The tax bands vary from region to region, whereas the state tax scale for residents is roughly between 19% and 45%, depending on which band you fall under. For non-residents it is a flat rate of 24% and 19% if you are an EU citizen.