Which countries do Brits want to buy in?

From the snow-capped Pyrenees Mountains in the north to the sun-drenched costas in the south, Spain offers something for overseas property buyers of all persuasions. So much so that according to new analysis from Rightmove – the UK’s largest online real estate portal and property website – it is the most popular European destination for Britons looking to relocate or buy a second home.

Rightmove revealed that Spain is streets ahead when it comes to interest from overseas buyers, with average monthly searches totalling over 2.5 million.

Rightmove – whose findings have been compiled from searches made on its site over the past year – revealed that Spain is streets ahead when it comes to interest from overseas buyers, with average monthly searches totalling over 2.5 million – that’s a staggering 74% more enquiries than second placed France. Proving that Britain’s love affair with the sun-drenched shores of Spain is showing no signs of waning.

Chris Please, of Rightmove Overseas, said: “Whether it’s the large expat community, the sunny climate, the food or simply the easy transition into relaxed Spanish culture that has Britons enthralled, Spain’s proximity to the UK, cheap flights and short travel time has it consistently emerging as one of the most popular property destinations abroad.” 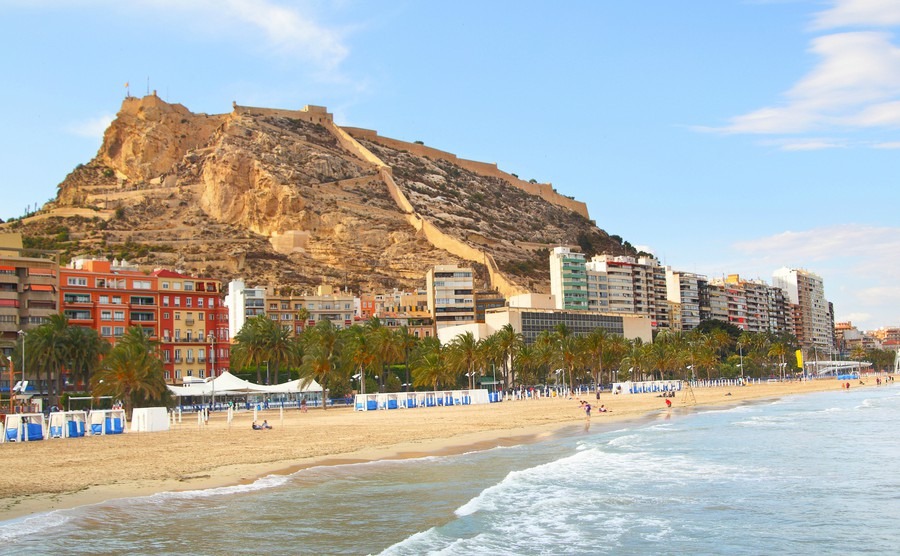 Alicante is the most searched for destination by British property buyers in Spain.

Spain’s affordable property market is also big draw for overseas buyers, with an average enquiry price of €156,940, compared to €217,433 in France and €227,411 in third placed Italy. What’s more, the average price of flying to and from Spain in mid-summer is just £48 return, making a trip there more affordable than visiting France or Italy.

Which resorts do Brits want to buy in?

Alicante is top of the props when it comes to the most searched for property destination in Spain. Its appeal with Britons is helped by an average enquiry price of just €126,000; the lowest of the most popular sunny regions. Compare this to the average asking price of a home in England and Wales (£316,000) and you begin get a feel for the areas affordability. According to Rightmove, 62% of enquiries are for houses in the area, while the remaining 38% are for flats or apartments.

Alicante is top of the props when it comes to the most searched for property destination in Spain.

With an average enquiry price of €397,813, second place Majorca attracts high budget buyers to its shores, with 54% looking for flats and apartments and 46% looking for houses.