The requirement to register apartments rented out to tourists began some four years ago in Catalonia. Now, more and more regions are following this idea and the latest to introduce registration is Andalusia.

There are several reasons for these new regional controls. One is certainly that the hotel industry in Spain has been complaining for some time that private apartment rentals are unfair competition as hotels have large expenses such as staff pay, fire safety requirements, and maintenance costs, while private individuals letting out their property have expenses on a much smaller scale.

Local councils have decided to regulate private rentals claiming that it is necessary to maintain a high standard for visitors to Spain.

Whilst they have a point, it is also the law in Spain that anyone has the right to let their property if they so wish. As a result local councils have decided to regulate private rentals claiming that it is necessary to maintain a high standard for visitors to Spain. Again, they are not wrong, as before the new rules were applied, you could let out any old property without providing the essentials demanded by the tourists of today.

TAX IS ANOTHER REASON

Of course, one of the main reasons behind the new registrations is that the town halls will have a register of all properties rented and therefore the Hacienda (tax authority) can expect the incomes to be declared. The Hacienda scrutinises all the websites offering property for tourist rental such as HomeAway, Owners Direct and numerous others, to check if the rental income is in fact being declared.

If you do advertise your property you need to put in the registration number so it can be clearly seen. 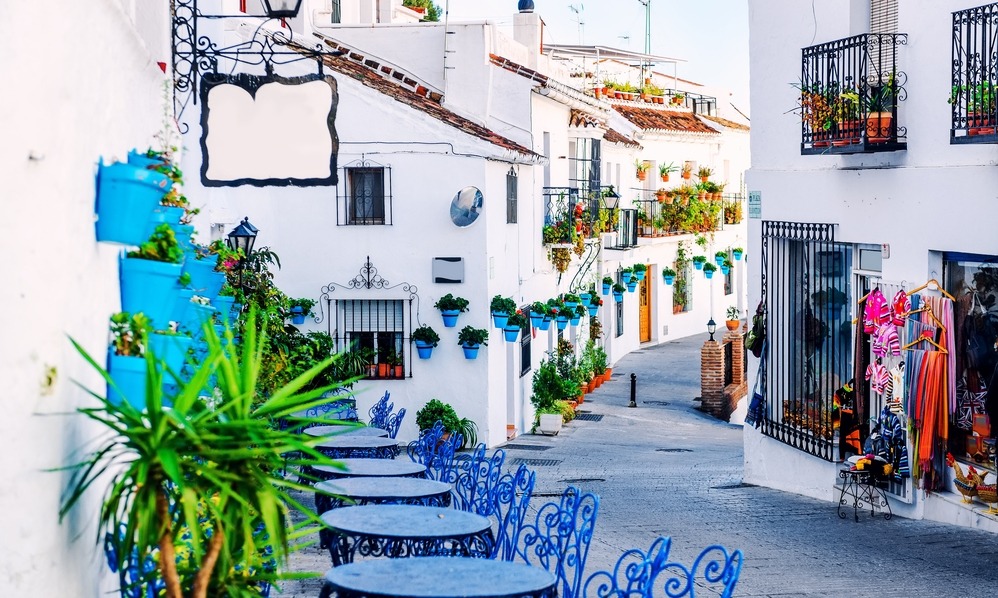 The Hacienda scrutinises all the websites offering property for tourist rental such as HomeAway, Owners Direct and numerous others, to check if the rental income is in fact being declared.

IS THE PROPERTY UP TO SCRATCH?

Most town halls will now send someone to inspect the property. Each one has different requirements, but ventilation, fire hydrants, cleanliness, technology (TVs, WiFi etc) are pretty standard demands to get a licence. No longer can you legally let a property which hasn’t been brought into the 21st century with everything that is expected by a tourist today.

The Junta (local government) of Andalucia has introduced a registration law for the first time and on 11 May they opened an online registration for privately advertised property rentals. A spokesman from the Tourist department said they expect to receive around 20,000 applications. Monsalud Galindo of the Málaga tourist division said “The enforcement of this new regulation has served to make the general public aware of those exploiting accommodation without registering and we are convinced this will bring an end to irregularities. Málaga is, without doubt, the province in Andalucía with most tourists affected, and we have started to register the rentals which are located inside a radius of one kilometre, which have to be admitted under the decree of Homes for Tourism use.”

New heavy fines will imposed on those who fail to register or to declare the rental income. Even those people who admit to not having declared the income from previous years will not be exempt.

The general belief is that owners of property from outside Spain will be the first to comply with these new measures. The “old” Spanish way of renting for cash and therefore not declaring the income is changing but still many local people throughout Spain are not complying. As yet, not all local authorities have introduced registration but gradually it will a requirement everywhere, if no other reason than to help fill depleted coffers.

In April it was reported that Hacienda was analysing not only internet portals but also electricity bills when searching for undeclared rental incomes and unregistered properties on the Costa del Sol.

New heavy fines will imposed on those who fail to register or to declare the rental income. Even those people who admit to not having declared the income from previous years will not be exempt. Apart from the financial gain, experts believe that the registration of properties for tourism will produce improved safety and quality, for example when it comes to legal contracts which were not used in cash payment rentals.

If you have a property in an area of touristic interest and you wish to rent it out, you should go to your local ayuntamiento (town hall) to check whether you need to join their register of rental properties. If you don’t, the financial consequences could be crippling.

Please note this applies to Spanish residents but foreigners must declare the income in their home country. The UK and Spanish tax authorities are in contact and cross check rental declarations.