The Spanish capital could be about to get Europe’s tallest skyscraper, as part of a massive redevelopment of northern Madrid, which will see the building of 17,699 new homes, a 3.7-kilometre extension to Madrid’s great thoroughfare, and green spaces equivalent to 56 football pitches.

Distrito Castellana Norte (DCN) has been in planning for 20 years, but the inclusion of a 70 storey tower was announced last week. It will be one of six towers that, said the CEO of the company, Antonio Béjar, “will redesign the city’s skyline and place Madrid among the main European capitals.”

There will be a new mass transit system and 12.8km of bike trails

SEARCH homes in Madrid quickly and easily via our property portal

The new project will also include a 3.7 kilometre extension to the Paseo de la Castellana, one of Madrid’s widest and longest thoroughfares and home to government ministries and multinational companies. The Paseo plan will get a new mass transit system for the city, linking at the outer edge of the new road into a new railway station. There will be 12.8 kilometres of bicycle trails, with a bold use of mixed urban spaces, “facilitating socioeconomic interaction and the social integration of surrounding neighbourhoods”, says the company. 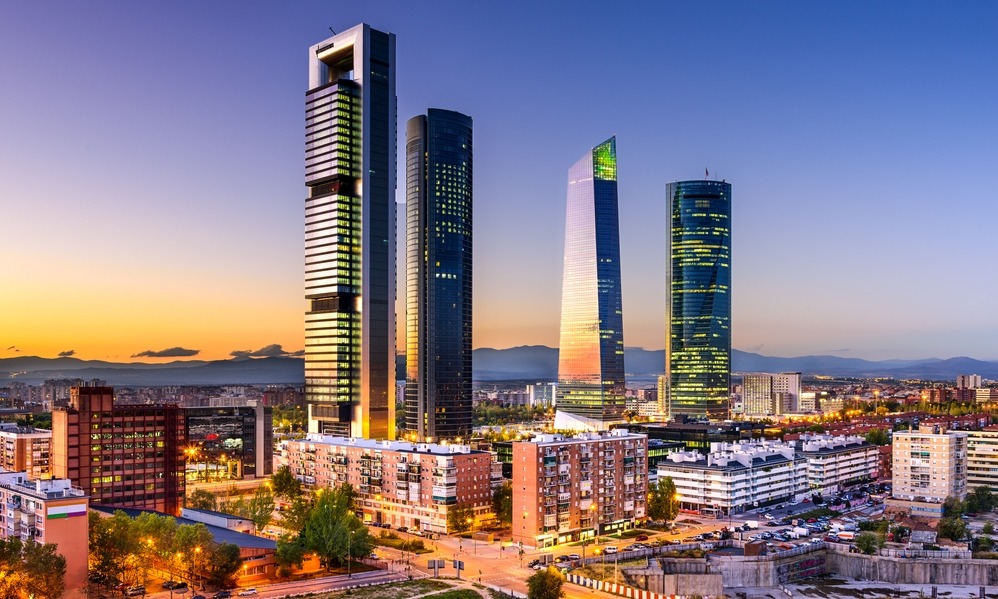 Mr Béjar said that the development has all the required technical approvals and building authorisations, but is still waiting for final political approval from the city authorities. “The start of construction work has never been closer. We have suffered political changes for two decades, but now we’re just waiting for a municipal license,” said Mr Béjar. The public is behind the scheme, he said, claiming 78 percent of Madrileños support the project, with even greater support of nearby residents: “Distrito Castellana Norte Madrid has made a long-term commitment to the city of Madrid and has designed a project that is socially and environmentally responsible, and will create a unique business district and improve the standard of living for the citizens of Madrid.”

The company hopes for final approval before the end of the year. The election of new, left-wing administrations in cities such as Madrid and Barcelona has caused some problems for developers, who have had to radically redesign their ecological and social credentials to get plans through.