High maintenance costs and falling usage account for the decision.

The chances are you have never used a public phone in Spain. Maybe you have never even seen one? In case you haven’t, they are blue surrounded by glass. You might have passed one at an airport without a second glance. According to EL Economista they are to disappear completely by the end of this year, so if you do see one, take a photo as they will be a thing of the past before long. They were first installed in bar by Madrid’s Retiro Park in 1928 and you needed tokens to use them which you exchanged for coins. Under General Franco, coin operated public phones were introduced in 1966.

The rise of the mobile

Of course the main reason behind this extinction is the mobile phone. A study is looking into whether it is worth the cost of maintaining them, when so few Spanish now use them. The CNMC (National Commission of Markets and Competition) claims that 88% of people surveyed have never actually used a public phone as there are around 40 million mobile phone users in Spain (the population is just over 46 million).

88% of people surveyed have never actually used a public phone as there are around 40 million mobile phone users in Spain (the population is just over 46 million).

Everyone from elderly ladies to schoolchildren use a mobile phone. In the famous Puerta del Sol in Madrid, there are several public phones – but there is however a very large Apple shop which often has more people inside it than in the square itself, with the coin operated telephones vandalised or underused. This speaks volumes about why the blue public phones will be consigned to history.

Under Spanish law a public phone should be available every day of the year, and every hour of the day in every town or village with a population lower than 500. Furthermore, for places where there are more than 1000 inhabitants, one public phone is required for each 3000 residents. 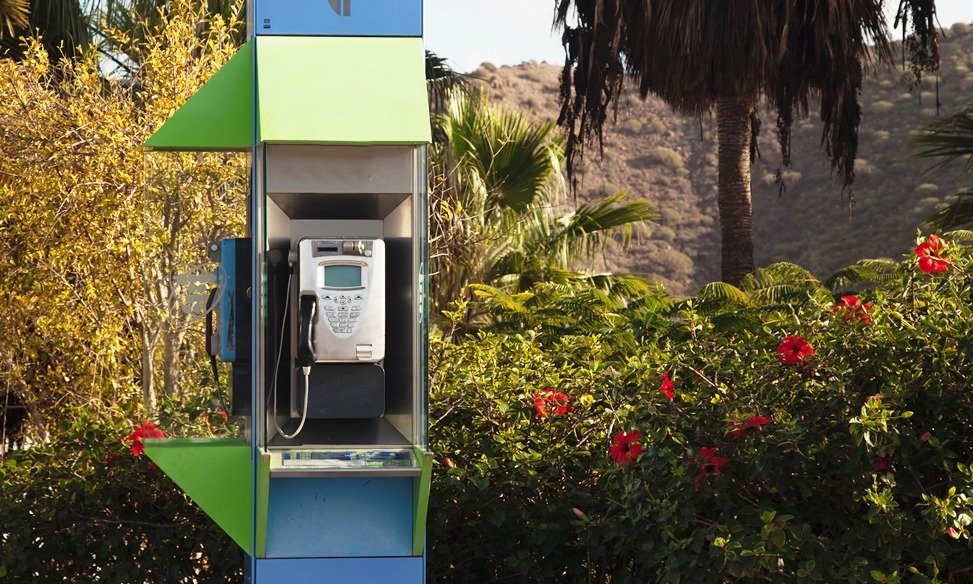 The cost of maintaining them is borne by the three main telephone operators in Spain: Telefonica, Orange and Vodafone. They must always be lit at night, be sited away from areas with loud noise and provide some privacy. Electronics are involved with a screen displaying the dialled number, the minimum cost and the remaining amount for the call. The revenue received is outweighed by the cost of maintaining and servicing these public phone booths.

Spain is not alone

Spain’s neighbour, France, recently said “au revoir” to public phones, and the Czech Republic have done away with them for the same reason as Spain, the cost of maintenance. In Britain, British Telecom announced an 80% fall in the use of their red telephone boxes since 2011, and has been selling them to the public who like them as decorative items. In America the pay phone has seen a sharp decline for several years now and the same is happening in Asian countries, particularly in India, Pakistan and Sri Lanka.

In the famous Puerta del Sol in Madrid, there are several public phones – but there is however a very large Apple shop which often has more people inside it than in the square itself.

So what will you do if you are in Spain and need to make a call and your battery is flat or you left the mobile at home? Ask someone to use their mobile of course!