Is this the end of free tapas in Granada?

Complimentary tapas with your drink is a much-loved part of life and culture in Granada and Andalusia in general. But this long-standing tradition has come under threat recently. Is this the end of free tapas in Granada?

When one thinks of the beautiful city of Granada in Andalusia, immediately the Alhambra Palace and the Generalife come to mind, or maybe even the Sierra Nevada mountains which lie just a short distance away.

The population of around 230,000 welcomes tourists from all over the world who come to marvel at the beauty of Islamic culture, to wander through the narrow streets of the old town and also to sample Granada’s famous tapas.

Wander into any bar and order a drink and it will be accompanied by a free tapa chosen by the bartender. It is one of the joys of Granada and Andalusia in general as you don’t know what tasty morel you will be given. It is a tradition that is very much part of the city but now it is under threat, and the citizens are angry.

Find homes in Granada via our property portal.

Is free tapas really under threat?

Granada’s mayor, Paco Cuenca, recently stated that “the city council will no longer promote free tapas,” whilst giving a speech at an important festival of gastronomy. His reasons are mainly to boost the economy of restaurants and bars but also to emphasise the city’s more exclusive establishments. “One has to pay for tapas because they’re haute cuisine, that is what leads to profitability and creates stable jobs,” he added.

It’s safe to say the residents of the city, which has even been given the nickname of la ciudad de tapas (the city of tapas), were not at all impressed by these remarks, and things became very heated. Almost immediately the media loudly wondered whether this would mean the demise of free tapas and suggested that, in fact, the mayor was waging war on the city’s popular tradition. 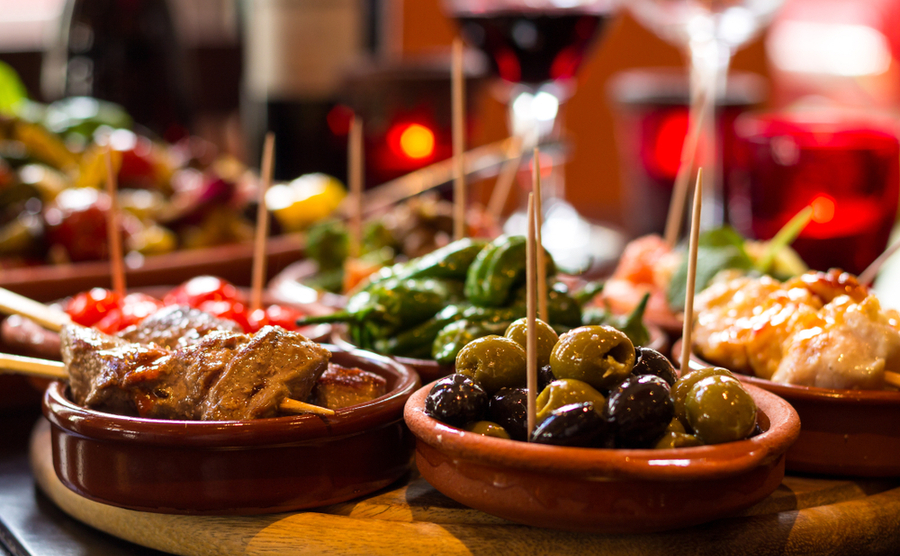 Bar owners have declared these remarks as foolish and impractical, insisting that free tapas are an endemic part of Granada’s culture.

Following the immense backlash, the mayor quickly tweeted: “As if we’re going to ban them! They’re part of the essence of Granada and I want them in my city”, but the scene had already been set for fierce debate about them.

Some people say that in fact these tapas are not free as prices for drinks are higher than in other cities. Many people argue that they would prefer to pay for tapas of their choice rather than receive something “free” that they may not like.

Recently, some bars have started charging for more elaborate tapas but since Granada is a university city with around 82,000 students, most of them on very low budgets, it is difficult to imagine that the free tapa will disappear.

For the well-healed tourist and resident, there should, perhaps, be more choice of paid for, high-end tapas. There is an adage “con tres tapas en Granada has comido” meaning “with three tapas in Granada you have had a meal.” 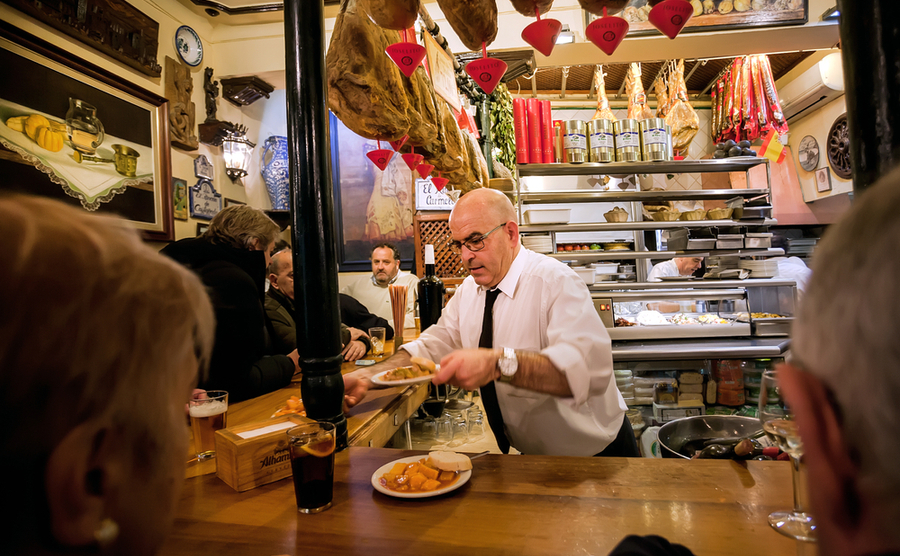 Granada has been given the nickname of la ciudad de tapas (the city of tapas).

What is Granada like as a place to live?

It is indeed a lively city with a rich history and culture, a home of flamenco as well as Islamic architecture and gardens, and is very Andalusian. For those seeking a real Spanish way of life, Granada is a great destination.

Lying at the foothills of the Sierra Nevada mountains, it is just an hour away from the coast, so is the perfect place for skiers, hikers and lovers of water sports. You could swim and ski on the same day!

Granada is 700 metres above sea level which makes for an interesting climate which is almost Mediterranean, but with the proximity of the mountains, it is cooler than other Andalusian cities. It can get pretty chilly at night!

There is a strong tradition of good food heavily influenced by the Arabs since it was ruled by the Moors for over 800 years. Desserts in particular are typical of the sweet Arabic taste, such as Soplillos de la Alpujarra. This is a centuries-old dessert from the Alpujarra hills and is a type of meringue with almonds and honey, whipped together with egg whites. The result is a light and fluffy dessert with a touch of lemon. Delicious!

Compared to other Spanish cities, the cost of living is quite low, no doubt partly because of the high number of students. The nearest airport, some 15 km away, is Granada-Jaen airport but for more international flights, Málaga airport is 135 km from Granada city. Trains link Granada with other main cities too. 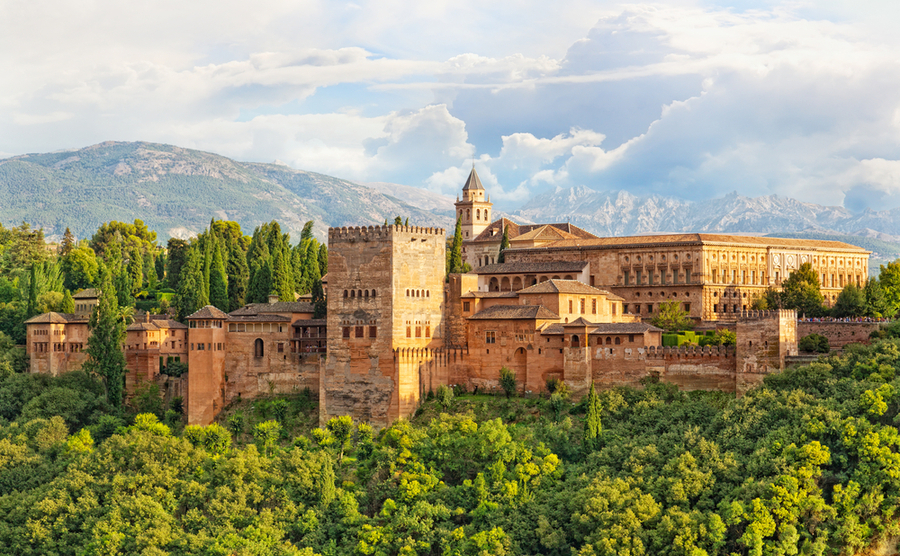 Granada is a lively city with a rich history and culture.

Much of the centre is pedestrianised and there are good bus services throughout the city and suburbs. There are some very distinct neighbourhoods in Granada, so it’s wise to do some research before you go property hunting.

For people wanting an authentic lifestyle, look at Zaidin, a pleasant district with all amenities yet reasonable property prices. For something livelier, check out Realejo, popular with younger professional people due to its location and its dynamic nightlife. The newer district of El Norte is ideal for people who want a stress-free way of life and property, but it lacks the authentic vibe of other districts.

How much are properties in Granada?

Villas tend to start from around €200,000, but there are some very luxurious villas in the surrounding hills that will cost you as much as €2 to €3 million.