Learn more about life in Spain

It helps to learn about Spanish culture and history before making your move here. It will help you understand what makes the Spanish Spanish (and the Catalans Catalan!) and you can brush up on your language skills too. These are my choices, I think they’ll help you learn more about life in Spain. Do let me know if you have your own favourites.

Even 43 years after the death of General Franco, the control he held over the country pervades life today. Coming from the UK this is difficult to understand, so reading books about his years in power and the effect they had on ordinary citizens helps us to appreciate why his tenure is still part of modern Spain in 2018.

It really helps to learn about Spanish culture and history before making your move here.

Spanish people have an excellent sense of humour. We can appreciate this by watching films and TV shows in Spanish with English and/or Spanish subtitles. By doing so we can learn some of the language and particularly Spanish expressions while enjoying them. Netflix, for example, offers some first-class Spanish and South American TV shows and movies. For anyone moving to Spain, these should be an enjoyable way to learn more about life in Spain.

Let’s have a look at what is on offer:

Last year I wrote about some of my favourite books to do with Spain. I have to admit I don’t read as much as I used to but here are some suggestions that you might want to follow:

Ghosts of Spain: Travels Through a Country’s Hidden Past by Guy Tremlett

Ghosts of Spain is an intriguing book which will help you get to grips with understanding Spain. Mr. Tremlett is the Guardian’s Spain Editor and writes in an easy style when covering everything from Spanish politics to his own personal experiences with the Spanish.

What’s up with Catalonia?

Anyone moving to Catalonia must read What’s up with Catalonia? This book of essays, which includes a prologue by ex-Catalan President, Artur Más, explains the history and reasons for the push for independence in the region. Understanding about Catalonia wil also help you learn about life in the rest of Spain and the sometimes fraught relationship between the two.

If you are ready to take the next step, you need a good lawyer, a brilliant estate agent, and the best currency exchange company. We can introduce you to all free, with no hassle or sales calls. Get in touch with our Golden Three here.

Voices of the Old Sea by Norman Lewis

Another book set in Catalonia, on the Costa Brava, which Voices of the Old Sea delves into life in a village during the 1940s, which is on the  cusp of change with the arrival of tourism. This book is not only for those who  might be moving to that area, as it is relevant to many small villages throughout Spain which were facing radical change.

The New Spaniards by John Hooper

In The New Spaniards, Hooper examines issues which affect ordinary Spaniards in the twenty-first century.

The Seville Communion by Arturo Pérez-Reverte

The Seville Communion is a bit of a thriller. A Vatican representative looks into strange deaths in a church in Seville which is about to be demolished and finds himself lost in the city. 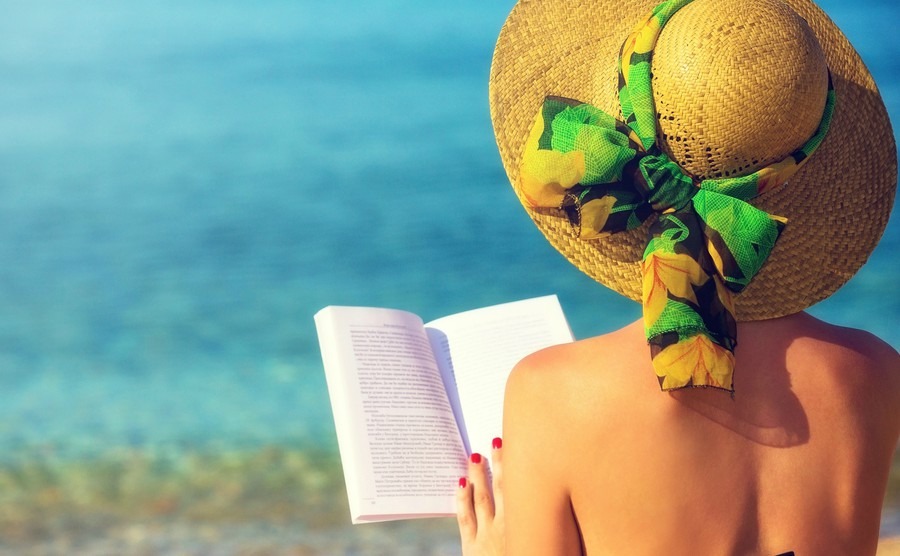 Transport yourself to Spain by reading books about this wonderful land.

I have to admit to being a bit of a TV series fan. Somehow, being drawn into a drama and seeing it through to the end is utterly enjoyable. I speak pretty good Spanish but there is always room for improvement, so I watch them in the original language, sometimes with Spanish subtitles; especially in the case of South American programmes as the pronunciation is often different from mainland Spanish.

If you are just beginning to learn Spanish, you can watch these with English subtitles. Just hearing the language will certainly help you to speak it. Netflix offers a good selection of Spanish films and TV series. You might end up as hooked on some of them as you are on British or American series. The standard is generally excellent, both in the acting and the production.

This is the story of young women working in the first telephone exchange in Madrid in the 1920s. It is passionate, funny, dark and thrilling, beautifully acted and captures the period perfectly. Wonderful fashion and interiors too. There have been three series so far, with more to come.

Another period drama, this time set in Madrid during the 1950s. The story centres around an up market fashion store and the lives and loves of management and  workers. At times very funny with well drawn characters, this popular drama takes the viewer on a roller-coaster journey. A sequel, produced by Spanish TV, internet and mobile phone company Movistar, and starring some of the original cast, takes us to a new fashion store in Barcelona.

This one is for sci-fi fans. It centres around a top secret Spanish government department which must report to the Spanish Prime Minister. It is intriguing and leaves you wanting to watch the next episode. Those employed at the Ministry are there to ensure that people travelling through time do not alter history for their own benefit. Characters include General Franco, Queen Isabella of Spain (of the
Spanish Inquisition) and Picasso.

If you are just beginning to learn Spanish, you can TV shows with English subtitles.

The Spanish cinema scene is thriving. With prize-winning directors and actors, there are some great Spanish films around to be streamed.

A very amusing film which broke all box office records for a Spanish-produced movie when it was released. It has a lot to do with regional stereotypes and how they are not really accurate. A young man from southern Andalusia who mocks people in the northern region of the Basque Country. Well, of course, he meets a girl from there and falls in love with her, and follows her to her home.

Another film released in 2014, the story centres on two young boys who get involved in drug running in the Straits of Gibraltar. At the same time two police officers from the anti-drug unit are on the trail of the drug barons and their network. Much of this film is based on fact, leaving you with a sense of sadness despite it being an excellent thriller.

This Spanish made film is actually spoken in English and is an imaginary sequel to the classic 1969 Butch Cassidy and the Sundance Kid. At the end of that film, the Bolivian police are assumed to have caught up with and killed Butch Cassidy. In fact, he lived and is surviving incognito as James Blackthorn. He wants to return to America and meets a robber – then we are taken on a truly exciting and thrilling journey. It is a beautifully crafted western with some great performances.

A classic of Spanish cinema directed by the celebrated director Guillermo del Toro, who won the 2018 best film Oscar for The Shape of Water. The story follows a young girl and her mother who move to a new town in Franco’s Spain. Cecilia is unhappy there and meets a faun, which leads her into world of fantasy.

Released in 2000, this is a black comedy which follows the tale of a woman who discovers a large amount of money in the apartment of a dead man. Unfortunately, a group of people have been waiting for the man to die so they can have the money for themselves.