Barcelona is home to the fastest house price rises in the land. Even leaving Madrid in its wake.

A local housing market report for the second quarter of 2017 by leading independent valuation expert Tinsa has revealed that house prices in Barcelona are rising almost twice as fast as any other Spanish city.

House prices in Barcelona are rising almost twice as fast as any other Spanish city.

House prices are also soaring in Alicante (+12.9%), Madrid (10.8%), and Vigo (10.2%), but it’s the capital of Catalonia that’s leading the way in the double digit stakes – and by some distance. During the 12 months to the end of June this year, residential property prices in Barcelona have risen by a staggering 21.7%.

Dig a little deeper into the data and we can see that Ciutat Vella Old Town, home to the Gothic Quarter and the Born, is the hottest district in town with a rise of 35.7% in prices over the last 12 months. Head uptown to the salubrious district of Sarrià-Sant Gervasi and you’ll find yourself surrounded some of the most expensive properties in town, after a 11.6% increase tipped the average price of property over the €4,200 per square metre mark – outdoing Madrid’s upmarket Salamanca district, where prices rose 10.9% to €3,925 per square metre. 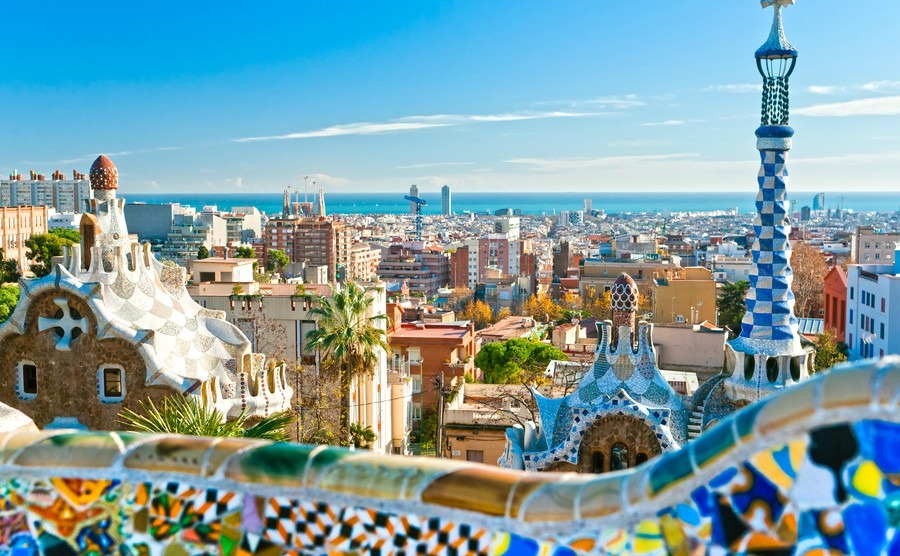 House prices are rising rapidly in the capital of Catalonia.

The impressive data filtering out of Barcelona in recent months has ensured Catalonia (11.3%) is at the top of the tree when it comes to house price rises by autonomous region, followed by Madrid (9%). While several other regions popular with overseas property buyers have also seen price rises during this period: Andalusia (1.2%), Comunidad Valenciana (1.4%) and Islas Canarias (2.5%). Interestingly, Madrid was the only region in Spain’s interior to record a positive figure, while most coastal regions were also on the up.

Madrid was the only region in Spain’s interior to record a positive figure, while most coastal regions were also on the up.

The data released by Tinsa also revealed that on average it takes 9.5 months to sell a property in Spain, but this process is much quicker in Madrid (3.4 months) and Barcelona (3.6 months).

To see what is available in your budget, head over to the Property Guides homes listings, with prices from €50,000.