Have you heard of Horchata or Orxata? Unless you live in Spain or spend a lot of time there, you probably don’t know about this unique beverage. Horchata is known throughout the country, but in the Valencian Community it is called Orxata. So, what is so special about it?

It consists of the milk of the tigernut with additions of sugar and water. Similar to a milkshake, it has a particular flavour, like a cross between almonds and coconut. It is believed that it was introduced to Spain by the Moors around the 11th Century, who were mainly based at that time around the city of Valencia.

Some four centuries later, the drink was then introduced by the Spaniards to their colonies in South America. However, the Horchata there is different from that in Spain, being mainly using rice and cinnamon instead of tiger nuts.

The health benefits of Horchata

Horchata has been in the news lately because of its perceived health benefits.

A recent study by Spain’s National Research Council (CSIC) used unpasteurised horchata, with its full starch content left in and without added sugar, to test its health benefits. Generally, this type of horchata is found in speciality stores rather than in mainstream supermarkets. In Valencia, you could also find it sold as street food, served with something similar to a sponge finger.

The research involved 35 adults of good health who were each required to consume 300 ml of horchata daily for three days. At the end of the three days, the intestinal flora of each person was examined. 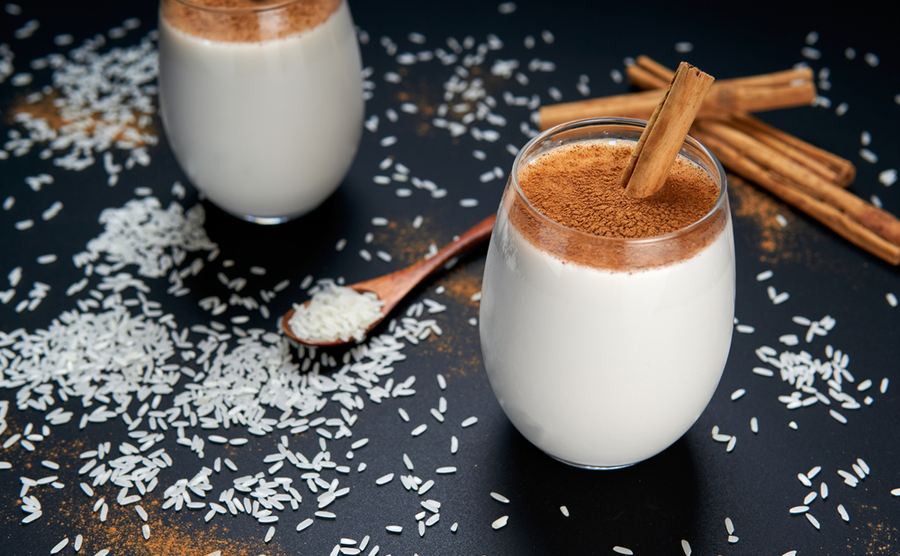 Delicious Horchata with cinnamon on top

The researchers found a change in the health of each individual’s gut. All 35 were “enriched with various beneficial bacteria”. The leader of this research project, Señor Gaspar Pérez, stated that: “In just three days the bacteria population in all volunteers changed towards healthier microbial patterns, similar to those triggered by a vegetarian or Mediterranean diet”.

He went on to explain that the health of our gut controls the health of our digestion, our immune system and even our mental health. Therefore, this relatively inexpensive popular drink could solve many problems and the research team is now looking into the possible benefits of cheaper, supermarket brands.

If you have never tried horchata, you might find that the taste is a little strange but usually by your second or third attempt you will begin to enjoy it, and its known health benefits should encourage you to drink more.

A report in 2019 stated, “Spaniards are still, statistically, the European race which eats best – in fact, fewer people in Spain die from conditions caused by a poor diet than anywhere else on the continent”.

The study, which was recognised by the World Health Organisation, proved what nutritionists have long suspected: that Spanish cuisine is “one of those rare phenomena which is good for you as well as being enjoyable”.

So, what are some other popular healthy foods in Spain?

The quintessential soup from Andalusia, gazpacho, uses the freshest ingredients of the summer season and is enjoyed cold. It has been called “a liquid salad”, and in fact, is just that. It includes stale bread, tomato, cucumbers, onion,  peppers, garlic, olive oil, wine vinegar, water and salt. Its roots lie in Roman times and these days it is used in many ways, as a starter, main dish, or tapa. 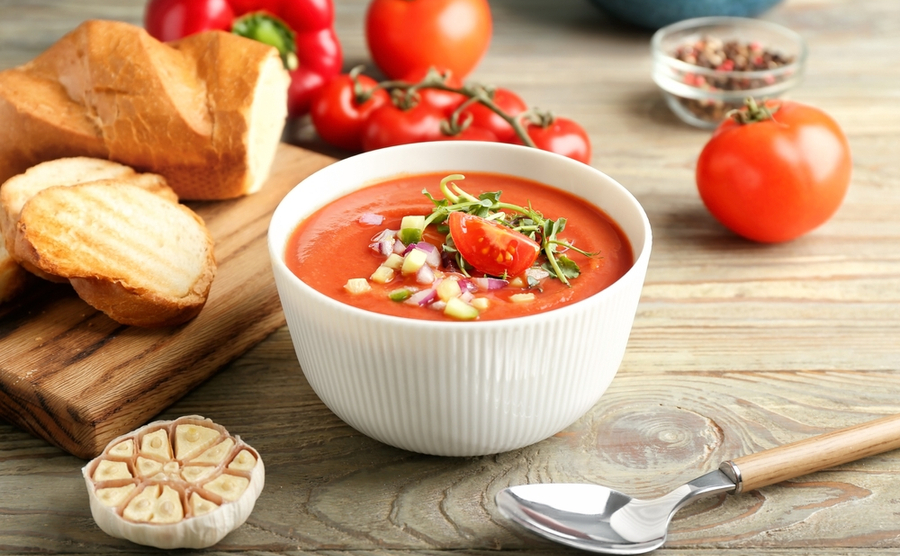 Having 4,964 kilometres of coastline, Spain is uniquely able to offer every kind of fresh fish imaginable, with variations to be found on the Atlantic West side and Mediterranean East side.

Nuts or frutas secas are available on practically every menu and are often consumed daily in the Spanish home.

There are numerous health benefits to eating nuts as they are a source of many nutrients, are full of antioxidants and are known to lower Cholesterol and Triglycerides.

Almonds are grown everywhere in Spain and are used in many Spanish dishes as part of a sauce, or ground and used as flour.

Walnuts too are readily available. Just don’t eat too many as they are quite calorific, a handful a day is sufficient.

As in most Mediterranean countries, olive oil is used widely in cooking and as an accompaniment to salads. In fact, Spain is the largest producer of olive oil, with about 45% to 50% of world production. However, there are various different types of olive oil and each has its own purpose in Spanish cuisine. 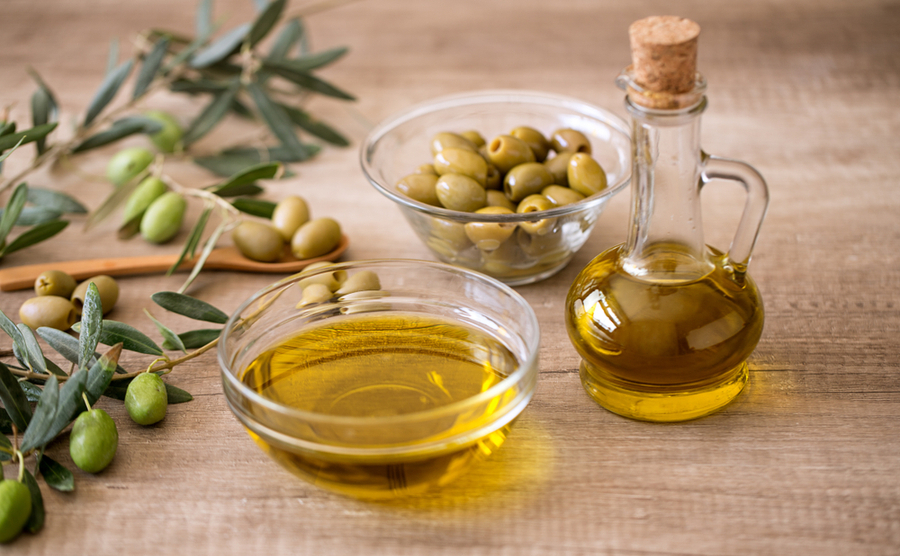 There are over 200 varieties of olives in Spain, each with their own distinctive flavour. First, cold pressing olive oil is not used for cooking but rather for dressing salads, meat, etc. Refined olive oil, on the other hand, is preferred for frying and baking as it has a less strong flavour, allowing the aroma of the meat or vegetables to remain foremost. Organic extra virgin olive oil is more expensive but far superior to commercially produced brands.

Every supermarket will carry these as well as cheaper options.

Is ham healthy? After all, it is processed meat and we know that processed food is not good for us?

Well, Iberian Ham is one of Spain’s gastronomic treasures and is considered one of the healthiest foods in the Mediterranean diet. It is a pink, lean ham produced from the meat of the pata negra or black foot pig which is fed on acorns for much of the year and has a considerable amount of oleic acid, giving it many health benefits.

Then there is serrano ham. Perhaps not in the league of Iberic ham, nevertheless serrano ham has health benefits too. “It is rich in high biological value proteins, which contain all of the essential amino acids our body requires but does not produce on its own” as stated by a specialist in general surgery and the digestive tract. It also contains vitamins B1, B2 and B6, therefore eating it sensibly can improve and maintain your health.

Despite the growth of fast food outlets, the Spanish diet remains one of the healthiest, and for those coming to live here or for those already happily installed, following a Mediterranean diet and traditional Spanish food can only mean enjoying a better and favourable lifestyle.

Read your Buyers’ Guide to Spain for all the information you need about purchasing a property there.