Main Spanish club rivals F.C. Barcelona and Real Madrid have both won coveted titles this year. How did the clubs and their fans celebrate?

Football in Spain is not just a sport, it is a way of life. The Spanish like to go out to their local bar, where there will no doubt be an oversized TV screen in one corner, to watch a match. If they decide to watch at home, friends and family get together with beer and pizza, and settle down for a few hours to enjoy the game. If one of the teams scores, you’ll hear fireworks going off for each goal. No need then, to actually watch the game – well certainly where I live as practically everyone vies for F.C. Barcelona and the noise of rockets heading for the sky or much cheering from neighbours indicates another goal has been netted by one of their team.

Barcelona eventually scored to win the match 2-0. The fireworks went on for some considerable time and most of Catalonia was celebrating loudly.

Barcelona and the Copa del Rey

On 22nd May, Barcelona played Sevilla for the Copa del Rey (the King’s cup). This is the original competition for the national championship and dates to before the formation of the Spanish Liga (league) in 1929. This year was the 28th time Barcelona won the cup, and the club holds the record for the most wins.

The latest match went to extra time. Neighbours were groaning. However Barcelona eventually scored to win the match 2-0. The fireworks went on for some considerable time and most of Catalonia was celebrating loudly.

Following Leicester City’s amazing season and their win of the Premier League title this year, their coach, Claudio Ranieri stood proudly in the centre of the pitch with the Italian tenor, Andrea Bocelli, who sang “Nessun Dorma” to an ecstatic crowd. This was a special moment in British football, a coming together of two worlds, those of football and opera, to celebrate a great victory. 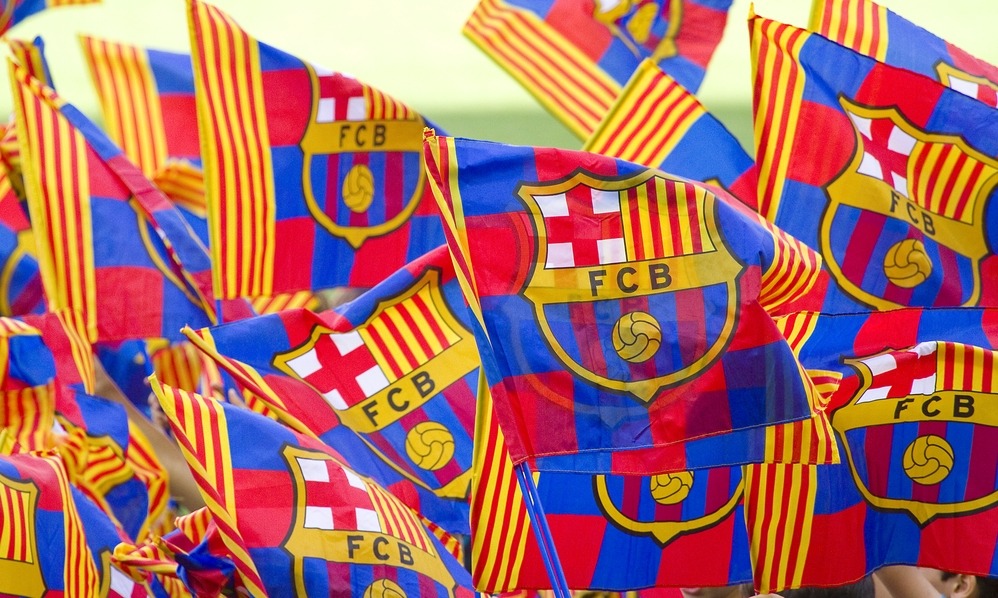 A week or so later, the final of the Spanish champion’s league was between Real Madrid and Atletico Madrid. This wasn’t held on Spanish soil, but was instead played at the San Siro Stadium in Milan, Italy. The match went to penalties and was finally won by Real Madrid 5-3, with Cristiano Ronaldo scoring the winning goal.

Before the match began, it was almost a replay of the pre match entertainment at Leicester City. Alicia Keys entertained the crowd, followed by the solitary Andrea Bocelli singing, this time not from the pitch, but up in the stands, not in football strip, but in an elegant 3-piece suit. He sang “Nelle Tue Mani” and the UEFA Champions League Hymn. It seemed a more formal, even sedate performance than the one he made at Leicester City.

The FIFA world cup presentation in 1990 featured the late tenor Luciano Pavarotti singing “Nessun Dorma” from Puccini’s opera, Turandot. The aria and final word “vincerò” meaning “I will win” have been adopted by football fans as an anthem all over the world and so football and opera have been linked by a strange cross culture.

Florentino Pérez dedicated the club’s win to 16 of their fans who were murdered while watching the final of the league in a bar in Iraq and a further four fans murdered more recently in another town in Iraq.

Following their win, Real Madrid celebrated with a party at their home stadium, Santiago Bernabéu, where the revelry was unabashed. However, the club’s chairman, Florentino Pérez dedicated the club’s win to 16 of their fans who were murdered while watching the final of the league in a bar in Iraq and a further four fans murdered more recently in another town in Iraq, supposedly by so called ISIS. None of the dead fans were Spanish, all were Iraqi, which emphasises the popularity of Spanish football teams far away from Spain as well as in the country.

A major charity event is taking place on 29th June at Real Madrid’s stadium in aid of the football team’s Foundation and all the money raised will go towards developing training in the social sports schools in Mexico. The main protagonist will be the famous opera tenor Placido Domingo, who is now 75 and an honorary member of the club. He recently performed in Barcelona’s famous opera house, the Liceu in the role of Simon Boccanegra. Andrea Bocelli and an Italian trio, Il Volo, will also be there. Once again opera and football come together – although on this occasion one of Spain’s most popular young singers, Pablo Alborán will also perform as will many others who are not of the operatic world.

Incongruous as it may seem, the “beautiful game” and opera which many would describe as “beautiful music” seem to support and respect each other; together they present the best face of football in Britain, Spain, Italy and in many other countries.