Cutting down on food waste in Spain

Last month, the Spanish government introduced a new draft law to tackle food waste in the country. The shocking fact that Spain wastes 1.36 million tonnes of edibles and drinks each year has triggered a rethink of what to do with unwanted foodstuffs. Spain’s neighbour, France, began to deal with the problem back in 2016 when supermarkets and other large food outlets were banned from throwing away food and instead donated it to charities.

Spain plans a similar system with proposed fines of €60,000 for the larger food retailers for not reducing the waste thrown away. In addition, they will have to reduce the price of products nearing their “best before date.” Several Spanish supermarkets already do this, but as yet, the smaller food shops rarely do so. Another initiative is that they will have to sell misshapen fruit and vegetables.

The hostelry trade will not get away with wasting food either; they will soon be forced to offer customers so-called “doggie bags” in a bid to reduce the amount of food they throw away each day. 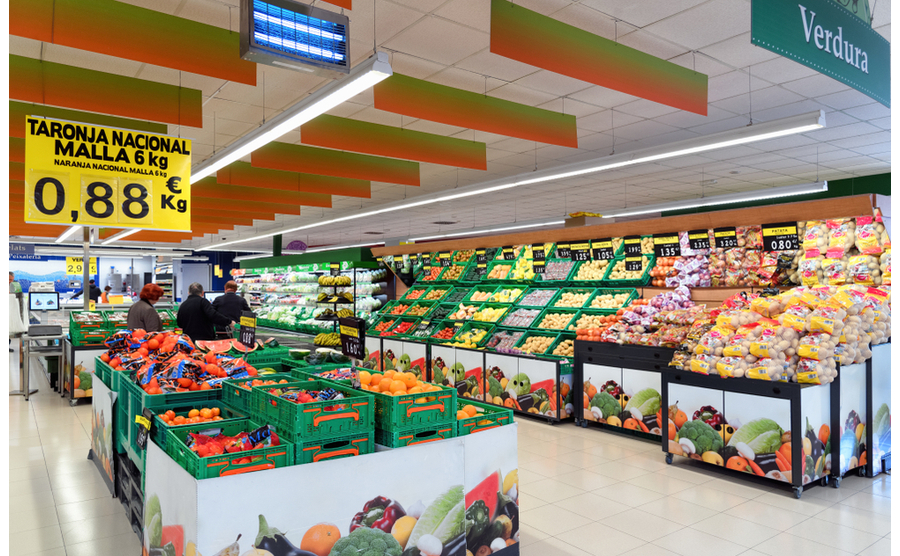 Logistics would be established to send unused food to food banks and non-governmental organisations (NGOs). When it comes to foodstuffs that cannot be used for people, such waste should be routed as animal feed and to industry to be recycled as biofuel or fertiliser.

The proposed law is just the beginning to combat the worldwide problem of wasting food. The EU and UN are urging countries to massively reduce food thrown away.

“Reducing food waste would cut greenhouse gas emissions, slow the destruction of nature through land conversion and pollution, enhance the availability of food and thus reduce hunger and save money at a time of global recession,” said Inger Andersen, the head of the UN Environment Programme (Unep), which published the report. “Businesses, governments and citizens around the world have to do their part.”

For some time, several Spanish supermarkets have been offering reduced prices on food close to its “best before date”. They have different policies regarding how this food is displayed, but you can find the products either in packages in the main display cabinets or at a specially reserved location inside the store.

Usually, they will have a bright yellow, orange or red sticker clearly saying “descuento por fecha de caducidad próxima” which means “discounted as close to expiration date”.  These products should be consumed within 24 hours or frozen. It is particularly useful to seek out discounted meat items in advance of a barbeque party or large gathering as you can buy good food cheaply and freeze it until needed. Prepacked fish is similarly a good buy when it has the discount sticker.

Spain is a country with wonderful daily food markets where locals will regularly shop. It’s best to avoid the smarter “tourist markets” – San Miguel in Madrid springs to mind – and go to the somewhat scruffier local indoor markets or the daily markets in smaller towns. Apart from buying mostly locally produced food, if you go often, the stallholders will get to know you and sometimes offer you a discount or perhaps more of a particular item than you are paying for. It is these small gestures which add up to buying food more economically.

As the markets are closing, you will often find fresh fruit and vegetables bagged up and being sold off cheaply as they need to be eaten quickly. You might only pay €1 for up to a kilo of mixed vegetables. The softer and riper vegetables can be used to make soup or pisto manchego, the Spanish version of French ratatouille. If the fruit isn’t over ripe it can be used in a refreshing fresh fruit salad. Stewing overripe fruit is an alternative. 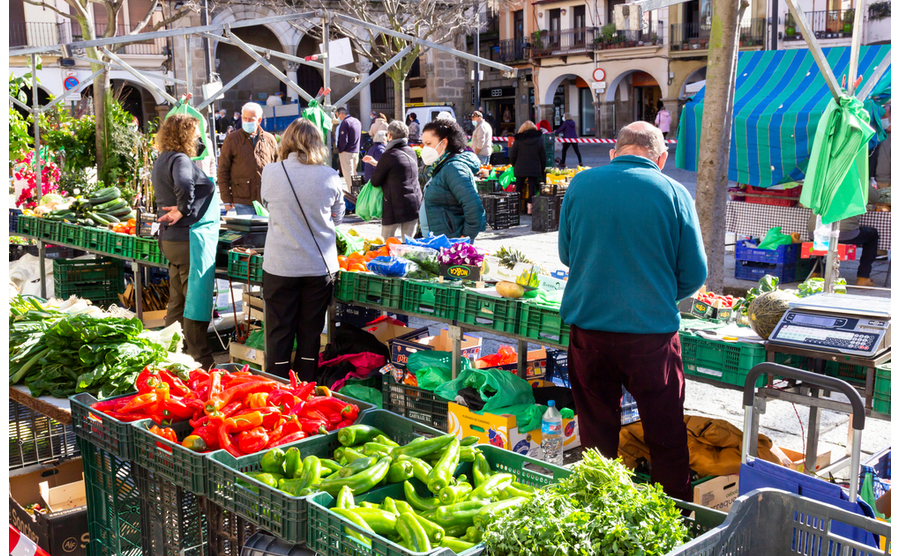 As the markets are closing, you will often find fresh fruit and vegetables bagged up and being sold off cheaply as they need to be eaten quickly.

Are there any apps to save food?

Yes, there are! One of the best in Spain (and elsewhere) is Too Good To Go. This clever App offers food from local shops, bars and restaurants at seriously discounted prices. Each day, you will find what’s on offer, you book it and pay for it and then collect it either just before lunch or later in the day. It will be waiting for you, already bagged up.

OLIO is a similar App mainly found in larger towns and cities. Yonodesperdicio is an App with an interesting idea: food sharing. It literally means “I do not waste” and has been working since 2015 in Madrid and focuses mainly on reducing household food waste.

Another is Ni Las Migas which means “Not Even the Crumbs”, which offers a wide variety of foods placed in different categories, maps of the locations and helpful hints. It is easy to use and popular in Spain.

How can I save food?

Basically, buying less and more often is the answer as any Spanish abuela will tell you. That’s why traditionally people visit markets daily, buying just the amount they need for that day. Market shopping has other advantages too. It’s sociable and it demands some exercise so all in all, it is the healthiest and best way to save food waste in your home.

With the advent of supermarkets and hypermarkets, this tradition has been lost to some extent, with people bulk buying and often imagining they need more than they really do. Of course, many cannot go market shopping every day, but the principle should be the same in supermarkets. Buy only what you need, especially of perishable items and make an extra trip to your local food retailer if need be.