Essex girl Denise van Outen has been looking at property in the Costa Blanca. Playing golf in the sun with her new partner is the big draw, she tells Richard Way 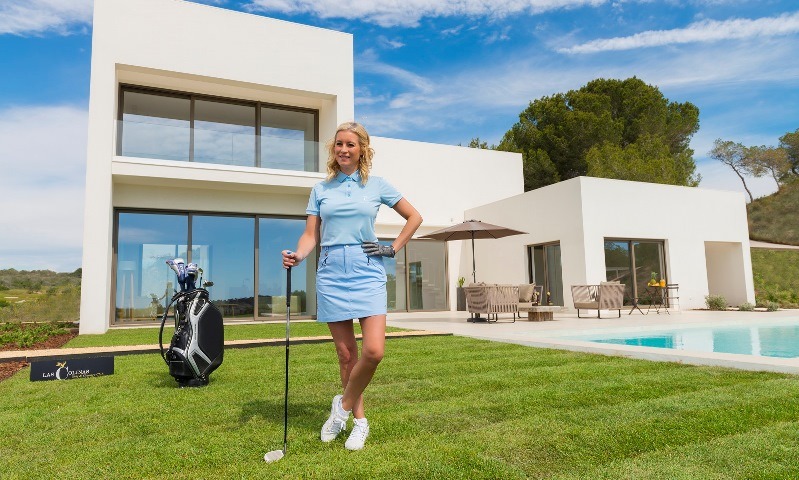 The Costa Blanca’s golf is a huge draw for Denise

One of the UK’s favourite female celebrities, presenter and actress Denise van Outen, has taken a liking to the Costa Blanca and been spending time there at a golf resort.

Denise, who first shot to fame presenting the Big Breakfast, has visited the Las Colinas Golf and Country Club near Torrevieja a number of times this year, including with her daughter Betsy and partner Eddie. She’s hoping to improve her golf handicap and complete a round in less than 100 shots, although while out on the fairways she couldn’t help notice the smart properties for sale around the resort.

Denise took up golf at 40 and has played in Barbados, Dubai and Sardinia

“When I met Denise at Las Colinas in May, she was staying in one of the new luxury villas for sale there,” said Property Guides’ editor Richard Way. “She told me she has thought about buying on a golf resort and would consider a property at Las Colinas. She liked the idea of having somewhere sunny to come and play golf during the winter months, when the conditions and weather in the UK aren’t great.”

Essex-born Denise, who has done BBC’s Strictly Come Dancing and more recently starred in Eastenders, wasn’t overly familiar with the Costa Blanca until her trip there in May. Until then, her experience of Spain mainly had been of Ibiza, where her brother lives, Marbella and Barcelona. “I found getting to the Costa Blanca easy,” she said. “The flight and transfer times were short, making it manageable with my daughter Betsy.” 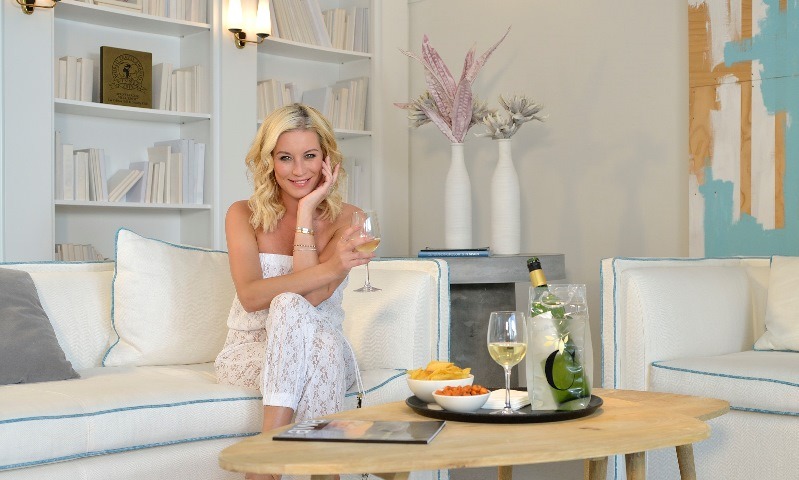 Right at home in a luxury Costa Blanca villa

Denise took up golf when she turned 40 in 2014 and plays mainly at The Grove in Hertfordshire. She’s also played a round at the Royal Westmoreland resort in Barbados, where she and Eddie stayed when they went to the wedding of Girls Aloud star Kimberley Walsh, as well as The Emirates course in Dubai and the Pevero course in the chic Costa Smeralda in Sardinia, where Denise has played with professional and Olympic gold medalist Justin Rose.

Back in the Costa Blanca, Las Colinas is a low-density boutique resort set around an 18-hole championship golf course, all within 220 hectares of natural countryside. Located in Campoamor, the resort’s nearest beach is 10 minutes away at La Glea where it has a beach club. The Las Colinas golf course has hosted stages of the European Tour and been ranked in Europe’s Top 100 courses. Other facilities at the resort include a club house with restaurants and bar, mini-market and its own falconry school. Property for sale there includes apartments, semi-detached villas and luxury detached villas.

Other options for property on or near a golf course in the southern Costa Blanca include Campoamor golf community, the Villamartín Golf Club, Vistabella Golf and La Finca Golf Resort.