The development of a state-of-the-art shopping centre in Torremolinos and the rise of Malaga as tourist destination are putting the Costa del Sol on the map whatever the weather.

Since its formation in 1980, Intu Properties plc – a British Real Estate Investment Trust – has developed 14 high-quality shopping centres throughout Britain, from Glasgow down to Essex – as well as acting as a major partner in several other locations, including the Manchester Arndale. Their success at creating vibrant destinations for leisure and shopping on home soil has seen them expand into the Spanish market, where they have opened centres in Madrid, Zaragoza and Oviedo.

Famed for its popularity in the summer months – Donald Trump’s daughter Tiffany even took a trip there last month – its reputation as seasonally diverse destination is growing.

Intu’s Development Director Martin Breeden explained this decision to look further afield “In 2012 we decided to go into Spain because we could see real possibilities for growth there. It’s economy was moving out of recession, it has sophisticated retailers and consumers and good infrastructure”

Following this prosperous foray into the north of the country they are now turning their attention further south, with construction set to commence on a huge commercial and leisure park in Torremolinos on the Costa del Sol. According to Mr Breeden “This is a world class project, ideally located in one of Spain’s top catchments, which draws together the very best in retail and leisure, combined with the Intu’s unique brand.” 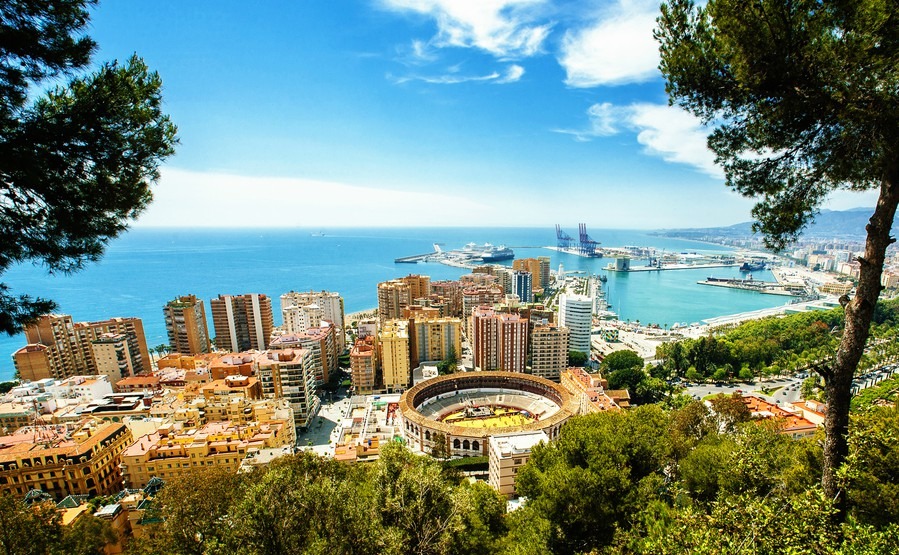 Due for completion in 2020, Intu Costa del Sol is set to redefine the model of shopping centres in Europe. In addition to the creative retail units, the €600 million investment will include a lake, leisure attractions – open-air skiing, theme park, aquarium to name but a few – and a conference centre.

Head east from Torremolinos along on the Costa del Sol and you will reach Malaga. Previously in the shadow of other Andalusian cities like Seville and Granada, it’s no longer just somewhere to fly into before jumping on a coach and heading to one of the region’s resorts. The city has undergone a major facelift, including the pedestrianisation of the old town, which has made its attractive waterfront more accessible and brought its 3,000 years of history to the fore. It’s even led to Malaga being mentioned in the same breath as year-round tourist heavyweights Barcelona and Madrid. Property Guides Spain expert, Laura Richards, explains that “Malaga was voted the best Spanish city for quality of life in a 2014 survey by the European Commission, and this investment has made it an even more attractive location to buy property.”

Malaga has undergone a huge facelift, including the pedestrianisation of the old town, which has made its attractive waterfront more accessible and brought its 3000 years of history to the fore.

Large-scale investment like this, which will benefit the local community and tourists alike, is further proof that the Costa del Sol is growing as a year-round destination. Famed for its popularity in the summer months – Donald Trump’s daughter Tiffany even took a trip there in June – its reputation as seasonally diverse destination is growing. Something that has been further aided by an increase in budget flights from airports across the UK throughout the year.