Brexit remains the prism through which all Anglo-Spanish news is viewed, but it’s not deterring British buyers.

Theresa May is hoping that Spain will be a friendly ally when it comes to renegotiating a Brexit free trade agreement. With over 300,000 British people officially registered as living in Spain and more than half that number of Spanish people living in the UK, Spain is seen as prepared to assist a “soft Brexit” since it relies heavily on trade and tourism from Britain.

Spain doesn’t want to lose the boost to Spain’s economy by tourism from Britain which accounts for 1.5% of the country’s GDP (gross domestic product)

Spain says it will not break European unity however, with Spanish Prime Minister, Mariano Rajoy saying: “We will try to preserve the economic benefits of a very intense relationship, but that has to be done from the basic and founding principles of the European Union.”

The two Prime Ministers met in Malta last month at the EU summit and agreed that the mutual rights of residency for both countries’ citizens must be dealt with early on in the forthcoming negotiations. Spain doesn’t want to lose the boost to Spain’s economy by tourism from Britain which accounts for 1.5% of the country’s GDP (gross domestic product). Another area of concern is the preservation of a free flowing border between Spain and the British territory of Gibraltar.

In the recently published report by the Spanish Association of Land Registrars, Spanish property sales were up by 14% in 2016 and by 16% in relation to foreign buyers. In the last quarter of the year, the number of property sales to foreigners amounted to 12,678 and of these 2074 were to British people, making them the largest group of foreign buyers by a considerable margin. German and French citizens came second and third respectively. 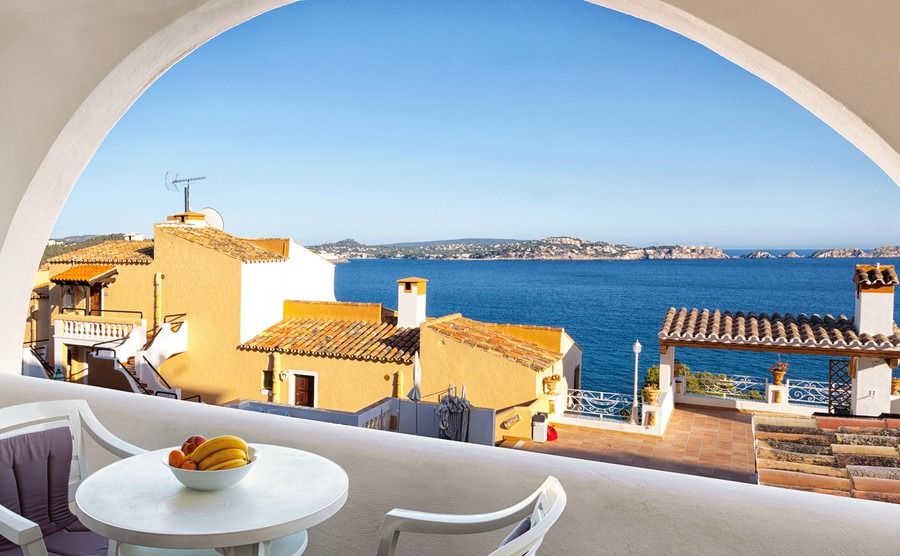 Brexit or not, the view from Spanish seaside homes is as sunny as ever

Faced with an aging population and a falling birth rate, the Spanish health ministry has appointed an expert in demographics to encourage conception. The fact that Edelmira Barreira is an attractive blonde in her 30s has led some sections of the press to dub her the country’s sex tsar, although the country is in fact facing a serious problem. Spain’s birth rate of 1.3 children is well below the European average of 1.58 and falling, and women are having their first baby on average when aged 32, again considerably above the EU average. Among the reasons given are the high price of housing, which means that both parents must work, as well as Spain’s culture of late-night eating! You would think the siesta would help the birth rate, but that is being phased out too.

If you are looking to buy a home in Spain in the near future, come to Your Overseas Home in London, Friday 31st March 2017. There will be legal and currency specialists, plus gorgeous Spanish homes. For further details, click here.

Should Ms Barreira’s campaign prove successful, there is good news for parents of small children living in the region of Madrid. Those earning less than €25,000 a year can now apply for a grant to send their little ones to nursery school. The new initiative is thanks to a €36 million investment and a reduction of school fees by 5%.

The scheme will begin for the September 2017 – June 2018 school year and should support more than 32,500 children whose parents wouldn’t normally be able to afford to send their children to nursery schools.

The new grants are just part of a wider educational policy aimed at helping the average family in Madrid which will also assist with the cost of school buses, school meals and buying new textbooks at the beginning of each school year, which can amount to as much as €200.

For a long time the Catalan government has been trying to hold a referendum on whether the autonomous region in north-eastern Spain should be totally independent. The Spanish government in Madrid has strongly rejected this proposal saying that it would be unconstitutional. The Spanish Constitutional Court has already declared that such a referendum would be illegal and now an important legal body in Catalonia has said the same. The Council for Statutory Guarantees has agreed with the Court’s position and although their role is merely advisory, it is a major blow for the Catalan government, (Generalitat), which is committed to holding a referendum in September.

The legal panel says that it is only the Spanish government which can legally call a referendum. Interestingly, the body, made up of eight people, voted unanimously despite four of its members being selected by pro separatists.

Political parties against independence asked for a legal opinion on money being allocated for an independence referendum in the regional government’s budget. Now it is up to the government to decide whether to withdraw this from the budget.