The most expensive streets in Spain for home buyers have been revealed. We see where you need the biggest budgets, plus more affordable locations nearby.

Spain is a country of contrasts: mountains and coasts, modern cities and ancient villages, the lush green of Galicia and the arid south. This also applies to the cost of homes which can be as much as a staggering €13,451 per m² in Mallorca and as little as €316 per m² in Toledo.

There undoubtedly some amazing properties if you have money to spend, but there are also some wonderful properties to be found without the celebrity price tag. No matter what your budget is, we’re here to show you the best bling and budget properties you can get within your price range in Spain’s most popular locations. 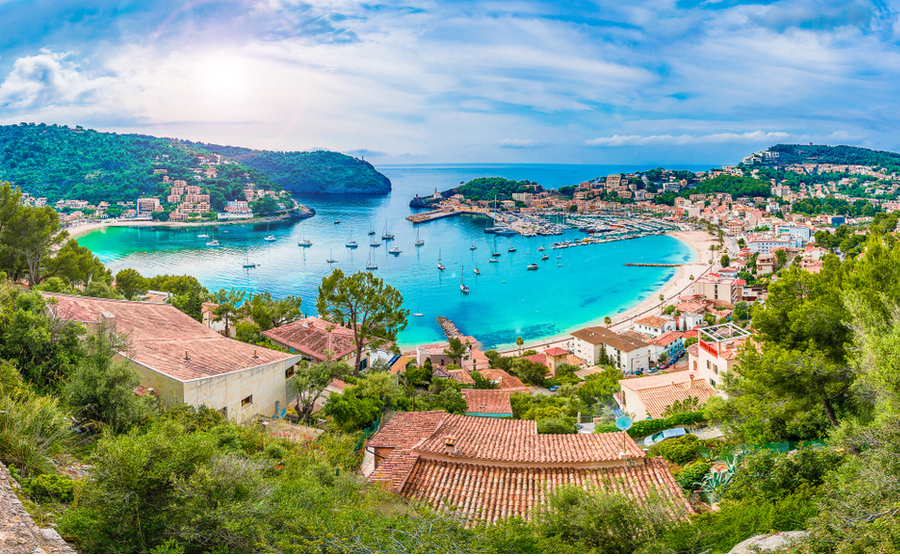 Calvià on the beautiful island of Mallorca boasts two of the most expensive streets in Spain. It’s an ideal location as it’s close to the capital, but far enough away from the crowds – plus it offers unrivalled vistas of the coast and Palma itself. Manacor is an industrial town in the north-eastern corner of Mallorca. While Rafael Nadal and other big names do reside there, you can actually find some lovely, affordable properties nearby. 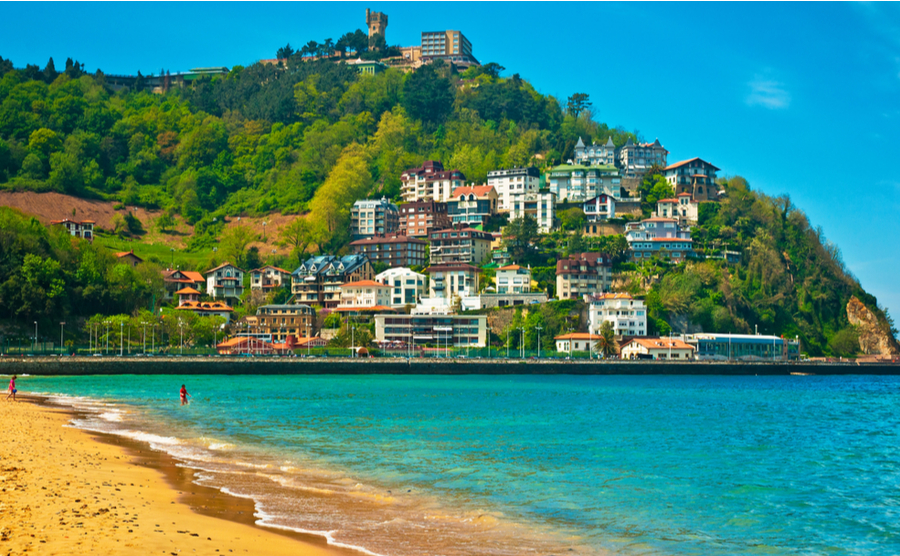 San Sebastian is a wonderful city but also one of the most expensive in Spain – more specifically the area of Donostia. It is renowned for its cuisine and plays host to some of Spain’s best restaurants and tapas bars. Just half an hour’s drive away is the fishing town of Orio, named after the river on which it stands approximately 1.5 km from the river’s mouth. It dates back to medieval times and straddles steep rocks with a multitude of steps. The views are wonderful – of the sea, the mountains and estuary. For those who enjoy hiking, the area has some of the best trails in Spain. The beaches are wide and unspoilt and the town is close to beautiful Pagoetako Natural Park.

If you’re looking to set down roots in central San Sebastian, you can expect to pay anywhere in the region of €400k for a three-bedroom apartment. Similar prices and more are asked for town houses in the city. Orio offers three-bedroom apartments from just €190k, but if you want a view of the bay, you’re looking at somewhere nearer to €340k. If rustic homes or an impressive villa is more your style, expect to pay around 1-million euros.

Does San Sebastian sound like a bit of you? Or perhaps Orio rocks your boat. Search our network of Spanish properties to find your very own holiday home. 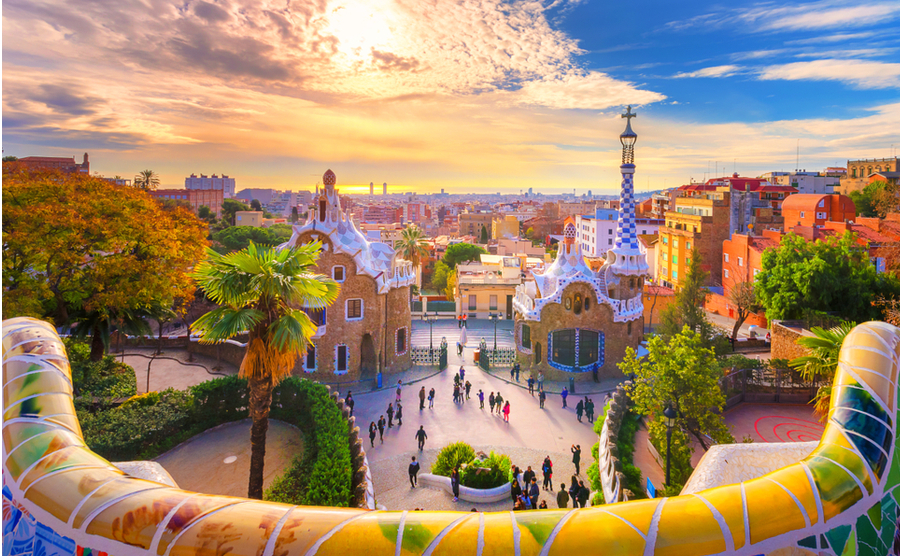 Barcelona is one of the most visited places in the world, property prices have leapt considerably in recent years and many people prefer to live outside in the smaller towns which have good transport links into the city centre. Those closest are comparatively expensive but you can still find affordable homes not too far away.

Just a short train ride away from Barcelona is Badalona, officially within the metropolis but an entity of its own. Very different from the bustle of Catalonia’s capital, it lies on the coast, has its own beaches and promenades lined with palm trees and pleasant residential streets. In the old town you’ll find a variety of shops and boutiques. Much quieter than you would imagine, but the locals love the atmosphere.

Search our extensive bank of available properties to find your very own slice of paradise in Catalonia. 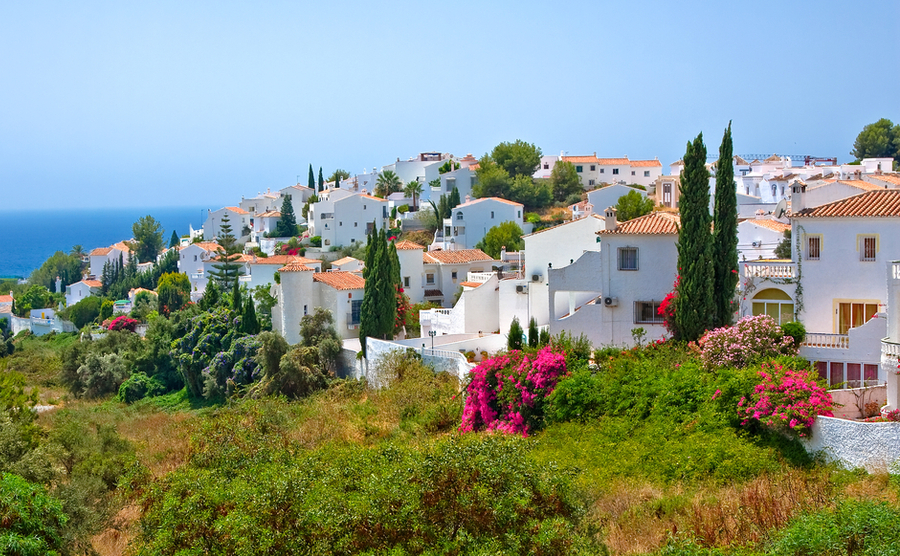 The province of Málaga is the place to be in the Costa del Sol. Benahávis is renowned as the fanciest area in Malaga. Just seven kilometres from the coast, it’s nestled in the mountains and has unbeatable views – not to mention the seven golf courses nearby. 40 minutes away, the mountain village of Monda lies. Mostly overlooked by tourists, it has retained its authentic Spanish flavour despite being home to a delightful boutique hotel. Located close to the Sierra Blanca mountains it has attracted a number of foreigners who prefer to live away from the bustle of Marbella and the coast. It offers most amenities, good shops, supermarkets, restaurants and bars. There’s a good range of affordable property in and around Monda, ranging from authentic village homes to fincas and villas.

A three-bedroom flat in Benahávis typically costs around €395k in La Quinta, but if you’re looking for a penthouse flat you’ll be looking more at €500k, although prices do exceed a million for those with cash to splash. In Monda, prices really vary. There’s no typical price for a three-bedroom place. Semi-detached homes that sleep three go for anywhere between €120-450k, while there are detached villas and fincas with a pool available from €595k – but be prepared to pay more for the place of your dreams.

Search for your dream property in Malaga, Marbella or Monda.